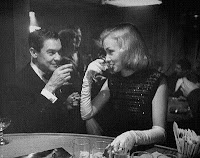 New Year’s Eve any year. eechhhh!!!!! Another year gone. Nothing accomplished. Things, in fact, have probably gotten worse. They did in 2010 and most certainly 2011 will be a nightmare. And all those people on drink and drugs tooting in the new year with screeching horns and ugly hats made in China. I spent several NYEs walking the neighborhood contemplating throwing myself into oncoming traffic. One of my few NYE respites occurred when the Russians were in residence. We’d throw Russian New Year’s feasts with black bread, blini, mushroom soup, beet salad, cheese, cold cuts, boiled potatoes, and ham. (The Russians did the cooking.) And lots of vodka and champagne and toasts with every round. We’d call our friends in St. Petersburg, 8 hours ahead of us, and scrape them off the floor.

The only thing that can bring New Year’s Eve to its deserved glory is Guy Lombardo. Not that I was a huge fan of Guy Lombardo growing up, but when he died anything good about New Year’s Eve died with him. The great Lombardo was replaced with Dick Clark (with Ryan Seacrest and the vomitrocious Jenny MacCarthy), Carson Daley–and OMG, Megan Kelly on Fox– and a cheezy bam-bamming rock n roll blow out with fogeys, has-beens, and bands you’d normally pay to avoid. I mean, who wants to see Bono for the 177th time, or, (I’m not kidding) Rick Springfield, the Backstreet Boys and New Kids on the Block? MTV threatens to broadcast Snooki’s ball drop live from Seaside, New Jersey.
On New Year’s Eve I want sweet sounds and martinis. I can’t help it. I grew up in fancy hotels with dance floors and orchestras. I spent countless hours in cocktail bars and nightclubs. My parents didn’t have the foresight to take me to the civilized Roosevelt Grill, but for some inexplicable reason, saw nothing wrong with the (real) Latin Quarter.
So, for those who remember Guy Lombardo or those who have no idea who I’m talking about, here he is. The short guy waving and dancing with the tall woman in the first segment looks a lot like Swifty Lazar.
Here are my New Year’s Resolutions:
catch up with bastard work
read all of Gore Vidal’s books
be meaner to deformers 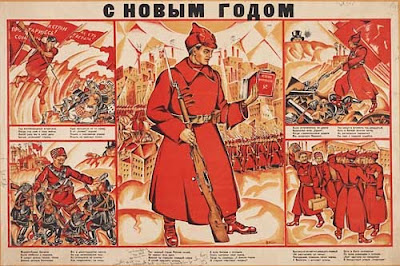