Welcome to the 10th annual National Adoption Awareness celebration! The Bad Kitties and I have donned our party hats waiting for the midnight bong–er we mean gong–to start this wonderful month of lollipops and roses, cotton candy and angels wings, and back patting and pious press clips. We note that according to the National Adoption Awareness Month Calendar we are to: get together with a birth mother you know and discuss your stories.

ERK! How about a discussion with Nancy Effay!

Yes, our favorite adoptress, the legendary Nancy Effay of alt.adoption fame, has returned after a too-long hiatus. For the last several years Mrs Effay has dedicated herself to stay-at-home service, including raising her adoptlings, Nixon and Nelson, and providing the frisky Mr. Effay with wholesome Presbyterian sex the third Thursday of each month.

Mrs. Effay returned recently to the public fora via Facebook where her Farm Town friends plow her (except on the third Thursday of each month) and she spreads her wit and good cheer amongst the adopted and their “birth” kin. Things like: 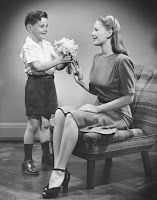 If God wanted you to search for your “birth family” – why do you think HE closed adoption records and made your “family” so hard to find? In the words of my son ,GET A CLUE SUE! I’m being frisky, I know ,but YOUR TRUE FAMILY is the Mother and Father who gave you a home to grow up in – BE GRATEFUL!

We’re afraid some of Mrs. Effay’s FB friends have taken such passages the wrong way. They have even accused her of being an NCFA hoax invented to spread eviltude throughout AdoptionLand. We realize there’s a similarity in the names: say Nancy Effay fast a few times– but it is purely a coincidence! Mrs. Effay is a real person, whom we have known personally since 1996. She is not a hoax. The National Council for Adoption, whom we have known for just as long, is a hoax.

As a longtime Effayite, we’re pleased that Mrs. Effay’s sharp tongue hasn’t been dulled from the thousands of lashings its given uppity bastards (including myself) and birthers, and adopters on alt.adoption. Mrs. Effay is, in fact, more Piercian, than Dr. Pierce. I can find no record of any discussion between the two on alt.adoption, but I believe, if there were, she would have dismissed the good doctor as a Godless dilettante, the leader of a Bastard Nation sleeper cell. Or worse! A Communist! Mrs. Effay is as pure as the smile on the face of Lillian Gish.

Mrs. Effay’s return to the Great White Way coincides with the Facebook resurrection of the usenet newsgroup alt.adoption, the birthplace of bastard militancy and Bastard Nation It is the place, where, in 1993, I learned to be mean. The original alt.adoption still operates, but Is a pale specter of its former self, hijacked by men with odd names accusing each other of secret CPS ties and pedophilia. (We aren’t making this up.)

Satire is a literary genre used to promote or sometimes to prevent change. The author of the satire makes fun of the very thing they pretend to ascribe to. For example, let’s say that Nancy Effay hated the NCFA – and wanted open records for adoptees – she might make fun of the NCFA – ridicule it – but in so … Read Moredoing make it look like she ascribes to all their silly beliefs and practices! Most people who read political satire – take a moment to ponder their own beliefs – they see it as a challenge.

In this case, we have a large and loud group of people who take things on a very concrete level – (remember those stages of development?) – so Mrs Effay says that adopted parents should burn all the adoption records they have and if their child begins to show signs of having red hair when they are blonde – you should just dye their hair! Do anything…nay…do everything to keep those records closed!

HELLO….as my 3rd grade teacher used to say…PUT YOUR THINKING CAPS ON BOYS AND GIRLS! 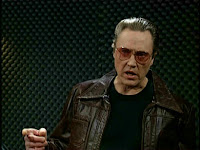 NuAlt.adoption is up and running. If you’ve got a FB account join us. If you don’t, make one and join us. It’s fun to see those old names back: Damsel Plum, Lainie Petersen, Shea Grimm (founders of BN with me) John Peret, Paul Klewe, Patty Bybee, Deni Castellluci, Bob Alberti, Don the anti-adoptee Williams,…and new names. Asbestos underwear will be distributed.

SIDENOTE: In honor of National Adoption Awareness, Month Bastardette intends to post 1 blog a day, no matter how mundane or short it may be.