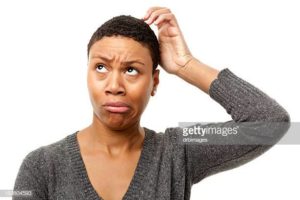 The April 2019 (#130) edition of NCFA’s long-running newsletter Adoption Advocate is out. This month’ focus,  The Adoptive Parents Bill of Rights, is written by Mark L Melson President and CEO of the Gladney Adoption Center. It caught my eye immediately because Texas HB2725, which restores the right of unrestricted OBC access to all Texas adoptees, is coming up for a hearing in the House Public Health Committee in a few days. While Gladney has remained publicly silent on the bill, no one seriously believes that Gladney, Keeper of the Seal in Texas, has fallen asleep at the wheel. Backooms exist for a reason and its not as if Gladney doesn’t hold a long-term lease on a suite.

The Adoptive Parents Bill of Rights is not particularly unreasonable as a whole. Like capitalism, adoption stays fluid in order to survive. The industry is always ready to tweak and grease its gears to keep running. Just look at how open adoption took hold 25+ years ago when product sources began to dry up.

The Adoptive Parents Bill of Rights reflects how much adoption procedures and ethics have changed over the 39 years since Gladney established NCFA to “ensure” records remain sealed from adoptees. How aparent rights, as outlined in this document, works itself out in practice, of course, can be another story. Moreover,I don’t see that The Adoption Advocate has published a companion piece on the rights of adoptees.

I am not here today, however, to analyze and deconstruct the Adoptive Parent Bill of RIghts. Instead, I want to point out the curious “Right 8” and ask what it actually means. The title should be clear, yet it’s ambiguous. Just what is Gladney advocating? Read it:

8. The right to have confidential information protected.

The key phrase here is:

For adoptive parents, this includes the right for some [confidential] information to remain confidential until the person who was adopted reaches the age of majority.

This brings up a couple of questions:

Then there is this weird statement:

I don’t have answers to any of these question, and I am sure I am leaving out others. What do you think?

Point 8 of the Adoptive Parents Bill of Rights is murky. Texas adoptee rights advocates need to look at that statement closely, suss it out, and see how it ties to Gladney reaction to HB2725. Can it be taken literally to mean that Mother Gladney will stand down and give us our ticket to ride? Or can only some ride the train?  Or is it meant to diffuse and confuse the issue? Or is it a feelgood throw-away published in a relatively obscure newsletter that no one is expected to read and question? Is it word salad?

No matter how desirable, it is hard to believe that the Keeper of Secrets is limply waving the white flag. Will Gladney refute its own list of rights over HB2725? Texas adoptee rights advocates need to hold Gladney’s feet to the fire on this and demand answers. Weaponize!