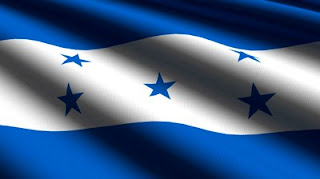 I thought my eyes were deceiving me when this notice from the State Department hit my mailbox a few minutes ago, but it’s true.  Gladney has been kicked out of Honduras.

The U.S. Embassy in Honduras informs citizens that the Instituto Hondureño de la Niñez y la Familia (IHNFA ) has barred two U.S. adoption agencies from the local adoption process, effective immediately.  The IHNFA will no longer approve adoption requests filed by families  who utilized the agencies to facilitate the adoption of a local child, as the agencies are no longer registered in Honduras.  Only adoptions approved by the IHNFA can be processed for Immigrant Visas, as the IHNFA is the Government of Honduras’ Central Adoption Authority.
The following U.S. adoption agencies are no longer accredited in Honduras:
1.            Living Hope Adoption Agency, IHNFA’s resolution SG-016-2011
2.            Gladney Center for Adoption, IHNFA’s resolution SG-017-2011

Read the rest of the notice which doesn’t say to much at the link above.

I looked around real fast to see what Dame Edna had done to deserve such treatment from such an unworthy country, and so far there’s no statement. Here is the Gladney Honduras .FAQ

And what in the world does this Gladney Honduras icon mean?  IHNFA has left Gladney hanging?

10 Replies to “Gladney Booted from Honduras!”