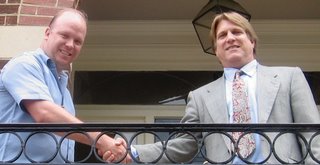 In an earlier article, I opined that the Florida Adoption Act and its putative father registry (PFR) requirements were confusing, contradictory, and impossible for an unwanted father to follow. A Florida Appellate Court now thinks so too. In A.S. v. Gift of Life Adoptions (Fla L. Weekly D 1281a (Fla. App. 2nd Dist.))the court found that the Adoption Act did not apply to parental rights that did not exist. Instead, another statutory scheme had jurisdiction to determine paternity before an adoption was ordered.

The National Council For Adoption (NCFA) criticized the A.S. decision, asserting that it violated the principle behind PFRs and undermined the Florida Adoption Act. I now rebut NCFA’s assertions.

The Florida court held:“[I]n those relatively rare and unusual circumstances in which a putative biological father, who did not comply with [the PFR] files an action to determine parentage under chapter 742 before the conclusion of the adoption, [he] is entitled to resolution of the chapter 742 proceeding prior to the adoption If the…742 proceeding establishes [the putative father’s paternity] and that he is assuming the responsibilities that such a determination requires, then it appears that [the Florida Adoption Act] gives him a role in…withholding consent for an adoption of his child.”

“The 2nd District Court…ruled that a man who fails to file with the state’s putative father registry still possesses the right to challenge the adoption of his biological child and fight for custody.”

That may be true. But the court was simply interpreting the statutes. Chapter 742 gave the father the right to file a paternity action because no adoption had yet been ordered. Because the Adoption Act did not let the court terminate the rights of a non-parent, but only the rights of an established parent, the 742 paternity proceeding had to be decided first. It was not the court’s job to rewrite the Adoption Act so that it made sense.

“While it is usually best practice to notify the father regarding a pending adoption petition, the basic principle of putative father registries is that the only way to ensure the child’s best interests and the birthmother’s and adoptive parents’ ability to rely on a secure adoption is for the biological father to be responsible for asserting his own rights, by taking the simple step of filing with the registry”

But the father did assert his own rights. And an adoption is never “secure” until ordered. I agree that the best policy is to notify the father. What NCFA ignores is that the mother in A.S. withheld the father’s identity after a social worker told her she could do that. But the trial court found that the Adoption Act required further inquiry. Thus, the trial court demanded the mother identify the father, then ordered the adoption agency to give him notice. By then it was too late too file the paternity claim in the PFR. So the father filed his 742 paternity claim in the adoption case. 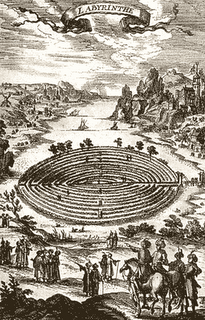 NCFA claims that the basic principle behind PFRs is that they are the only way to ensure the child’s best interest and the parties’ ability to rely on a secure adoption. NCFA errs. PFRs were originally meant to provide a non-intrusive, unilateral way for fathers to qualify for notice when they did not qualify in any other reasonable statutory way (such as being on the birth certificate or named by the mother). The principle was not to make the registry the only way for any unwed father to qualify for notice of an adoption petition. As the U.S. Supreme Court noted in Lehr v. Robertson, : “The commission recommended, and the legislature enacted, a statutory adoption scheme that automatically provides notice to seven categories of putative fathers who are likely to have assumed some responsibility for the care of their natural children.” Being a putative father registrant was one category.

“The [court’s] ruling…undermines Florida’s registry by fabricating paternity rights for men who have not taken the most basic step to claim them. The ruling will likely result in some possible adoptions never even being considered, due to the uncertainty it creates in the treatment of biological fathers’ rights.”

The court found that “the legislature has established chapter 742 as the ‘primary jurisdiction’ to determine paternity” and that only the rights of legal parents could be terminated under the Adoption Act (Chapter 63). Thus, the court concluded that “the trial court could not determine that A.S. had failed to establish his status as a ‘parent’ but then terminate his ‘parental rights.'” Clearly it is the Adoption Act that fabricates parental rights and creates the uncertainty of which NCFA complains.

The Act simply fell victim to the very absurdity I portrayed in my earlier article. Instead of listening and advocating for change, NCFA now tries to blame the court.

BASTARDETTE NOTE: NCFA’s July 2006 eMemo is not yet online. When it is, I will link it here.

2 Replies to “FROM HERE TO ABSURDITY: NCFA SAYS "YOU FILED THE WRONG PATERNITY CLAIM!" BY ERIK L. SMITH”