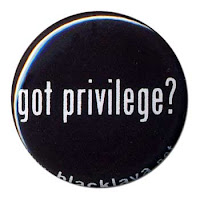 Back on November 4, Al Neuharth, old newspaper man and founder (of among other things USA Today) wrote a rather unnotable piece in Florida Today, “Chosen Children” in which he extols National Adoption Awareness Month. Neuharth is a longtime advocate of adoption, so the essay isn’t surprising. .

Neuharth, 87, and his wife, Dr. Rachel Fornes have transracially adopted six children between the ages of 11 and 20. Fornes, in fact,  founded the not-for profit adoption agency Home at Last located in Cocoa Beach, FL. and is a former board member of the National Council for Adoption.

About half-way through the otherwise routine adoptaarticle, these curious paragraphs pop up:

[Rachel] has special contacts with schools, churches, hospitals and police who put her in touch with pregnant women who cannot or don’t want to take care of their offspring..I

In Florida, women with newborn babies can leave them at any of those locations for caretaking, no questions asked. Then, instead of desertion, they are in good hands while the adoption process proceeds.

Remember that in Florida, babies dumped off at “safe have” stations do not, as in most other states, go through the state system.  Instead, they are channeled for adoption directly through private agencies, which in turn charge hefty fees for placement of documentless infants.  These agencies have everything to lose if the mother, father, or family member shows up later to demand return. The list of state-approved private dump intake agencies is here.

All of  Florida’s safe havened infants by law much be admitted to a hospital for inspection and treatment.  Here is a summary of how the Florida law works–and specifically how it works regarding private industry privilege:

Any newborn infant admitted to a hospital in accordance with the safe haven laws is presumed to be eligible for coverage under Medicaid, subject to federal rules.[iv] On accepting physical custody of a newborn infant the hospital authorities accepting custody shall:

It’s one thing to have contacts with various officials,. but quite another to link that contact with “safe haven.”  dumping.

There are questions here:

I don’t  know but Neuharth opened the door to these questions.

Related post::  Note to Al Neuharth:  Casey Anthony is Not a “Birthmother” or Why Language Counts