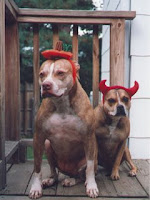 Did any of you watch Find My Family last night? It’s the talk of the AdoptaSphere. “Unfortunately,” I didn’t. The CRAZY HOUSEGUEST commandeered my TV to download off his Play Station (or whatever he does) a lecture by some crackpot talking about lizard people who colonized earth a million years ago, circle the earth eternally to”protect” their half-blood progeny (us), and promise to unplug the Federal Reserve if things get too dicey. They also oppose the European Union and Barrack Obama. (I am NOT kidding)

It’s always folly to talk about a TV show you haven’t seen, but since this is my blog I’ll do it anyway. So far, the reaction in AdoptionLaLaLand to Find My Family, except for Lorraine Dusky who liked it, has been a lot of “triggering” and weeping over reunion, even if adoptaviewers claim they hate the show. Beat me. It feels so good.

I’ve read a couple of open boards on the program. (ABC is probably the most civil) There’s the usual spate of ungrateful-you-could-have-been-aborted lectures and, don’t-worry-be-happy chripers on the other side. Adopters complain that their leg of the “triad” (there we go again with that naughty word!) was kicked out from under them in the reunion, aka after all we did for you. Well….Will Robinson… for once something about adoption is about the two who got the shit end of the stick…not you. (The reviewer on that site, btw, really really hates the show, but not for the reasons we could hate it for.) 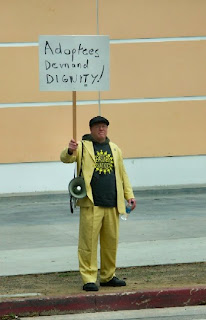 Naturally, the elephant…er gorilla… in the room is sealed records. The ever witty, astute, and acid-fingered Ron Morgan (right at Studio City “Honk if you’re my Daddy” action) posted on FauxClaud D’Arcy’s FB page:

It’s the 800 lb gorilla in the green room…shows like this thrive on mystifying the process of identity theft and positioning sentimentality in it’s place. “somehow this person NEVER KNEW their family of origin but tonight they will be REUNITED! And now a word from Preparation H….”

Of course, reunion shows wouldn’t be so titillating to the lego public if bastards could just walk down to their local vital stats or courthouse and pick up their birth certificates at leisure like everybody else.

Another thing bothers me. Who’s doing the searches? Reportedly no one was acknowledged on the show. TV searches are outsourced to professionals. I know someone who did one. Since Troy Dunn’s got his own gig now, who’s there to pick up the slack? Rumor has it: search angels. Now, I am aware of some excellent search angels, but they are few and far between. Do we need to go there? And why would anyone work for ABC for free?

I’ve always thought that reunion shows were soft propaganda (and I admit it…my guilty pleasure, like Lawrence Welk.) Everyone is so benign and teary and happy, unlike the way the government portrays us. Nobody bitchslaps her mother. Even the doofiest adoptee gets big hugs from his mom and sisters. The occasional aw-shucks dad is as dangerous as Ozzie Nelson. It all seems natural and harmless to KNOW WHERE YOU CAME FROM, even if the government tags you a Bader Meinhoff lamster or Charlie Manson is your dad. For legos it’s genealogy. For bastards it’s homewrecking.

There’s no movement to ban reunion shows from TV. The shows feel good. They’re warm-hearted, especially during the there’s no-place-like-home-for-the-holidays platitudinal season. Too bad, then, that all of those Barcoloungers who find reunion shows so heart-warming, homey, and lovely-dovey, like a warm cup of hot buttered rum, don’t put their money or their body where their mouth is and demand that lawmakers unseal obcs in their own states.

Unfortunately, we live a country where the simulacrum that plays on the screen is “real,” bereft of archaic laws, high muckety-murky legislators, and snake-oiled adoption industrialists and their special interest self-perpetuating smirkers and thugs on both side of the aisle. So why mess up an entertaining reality show with reality? And politics? Let the monkeys dance!

Will Find My Family, as some hope, become a forum to expose the sealed records system? It’s highly doubtful. Find My Family, full of melo and tears, won’t shit in its own box.

November 25,2009 1-:55 AM, Addenda: Triona Guidry (adoptee73) has a good blog today on the show: Adoption, search, reunion, Is reality TV good for our rights, or adoption exploitation? She writes:

What we need are some shows that follow the demonstrations for our rights, the late nights writing letters to legislators and the media, the indignity of trying to say your piece while those same legislators are walking out on your testimony.

I cannot remember any national show covering adoptee civil rights since MSNBC’s April 2, 1997 The Site: “Parent Search” segment with Soledad O’Brien. Producers worked closely with Bastard Nation, we were heavily featured. The end product was very good. The link is no longer available from the network. 12 years and nothing else?

13 Replies to “FIND MY FAMILY: WHERE’S THE RECORDS?”