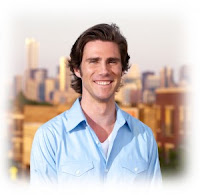 Finally, with Democratic candidates all over the state running scared, some are taking notable steps to protect themselves.

Like my state rep, North Side Democrat Sara Feigenholtz, who in some years doesn’t even have an opponent.

Ms. Feigenholtz is one of Springfield’s experts on social-welfare spending and chairs the House Human Services Appropriations Committee. But she has a flyer out talking about how, as a former small-business owner, she “knows we need to create more business opportunities and put a stop to business as usual in Springfield.”

The back side of the flyer pictures a bunch of boys, giggling and gossiping about a girl in the foreground. The caption: “Sara Feigenholtz didn’t go to Springfield to make friends. She’s there taking on the old boys’ club.” (Bastardette Note: Sara has been in Springfield for 16 years. She IS “business as usual!”)

For whatever it’s worth, Ms. Feigenholtz’s opponent is a fresh-faced history teacher named Dave Lenkowski. He actually has a campaign going, stressing that he’ll be “fiscally responsible and socially moderate.”

But nowhere on his literature — or his website, at least that I could find — does it mention that he’s, um, Republican.

Comments, except for one, are not exactly Sara friendly. Mine went up a little while ago. Add yours. Let Illinoisans, especially her constituents in District 12 (Chicago Boystown neighborhood), know she can’t be trusted.

On another Illinois front, we suggest if you’re in House District 103 (Urbana-Champaign) you check out Norm Davis running as a “independent Republican” against Demo incumbent Naomi Jacobsson, a Feigenholtz’s anti-adoptee crony-in-betrayal who believes that bastards need monitored and controlled for the good of the state. Davis is an anomaly in the current Republican landscape–a working stiff:–a former factory worker/line operator, DJ, teacher, and community volunteer. For the last 20 years he’s worked as a professional photographer owning his own studio. The Illinois Tea Party Campaign likes him, but I haven’t seen anything truly egregious. The Chicago Tribune endorses Davis:

Democratic incumbent Naomi Jakobsson, of Urbana, is not helpful when it comes to pushing for smarter, leaner, efficient government. Republican Norman Davis would be. The Champaign photographer has run his own business for 20 years. To create jobs, Davis believe, Illinois must first stop blaming business for the state’s mess. He’s endorsed.

Roberta Beavers.com campaign
Bobbi is running as a Democrat in House District 148 (Eliot, South Berwick). She is a a first mom, a longtime adoptee rights activist and is co-director of OBC for ME. She guided Maine’s successful campaign to restore access to obcs there. Bobbi has been active in Democratic politics for years.

She running on a platform of:

Hickman in the House
Craig, one of Bastardette’s all time favorite bastards, is running as a Democrat in House District 82 (Reidville, Winthrop). He is an organic farmer, actor, B&B proprietor, and man of the people. He is the author of the award winning adoptee memoir Fumbling Toward Divinity: the Adoption Scriptures. In December 2007, Craig appeared as guest blogger in the Daily Bastardette with his smokin’ Letter to a Wisconsin Bureaucrat.

From hearing your stories all over Readfield and Winthrop, I know we need a fresh voice in Augusta that serves the people, not special interests and corporations. As owner of an independent, organic farm stand and bed & breakfast, I’m committed to strengthening local economies, cultivating long-term sustainable and creative solutions to our greatest challenges, and progressing with new thinking and opportunities while never forgetting or neglecting the things that make Maine the way life should be.”

No more business as usual!
Adoptee rights and interests are not partisian.
Comments on candidates are strictly my own and do not reflect the views of Bastard Nation or any other organization.)