Well, the votes are in and the ballots are counted. We have mostly bad news, but a little bit of good news, too.

Our friend Bobbi Beavers, in her third try, was elected to the Maine House (Dem: Elliot, South Berwick) Congratulations Bobbi!
Bobbi who led OBC for ME to victory can be contacted at [email protected]

Bad News: Unfortunately, our other Maine friend, Craig Hickman (Dem: Reidfield, Winthrop) lost his race, but created a positive people-centered campaign. You can read Craig gracious statement on the race on his Hickman in the House blog:

…I want to thank you all from the bottom of my heart for your support, your well-wishes, and your votes. I couldn’t have made such an impression on the people of this district without your help. 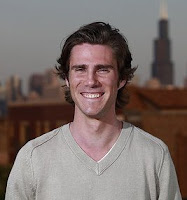 Dave Lenkowski (Rep Chicago) went down in a good and honorable fight. Sneaky Sara, apparently scared of even having an opponent, much less an honest one, pulled out some dirty tricks. I hope to write about this later this month, but am working on getting more documentation right now. If I can’t access it, I’ll write about what I have.

Dave picked up nearly 31% of the vote, good for a first-timer up against the the Chicago/Feigenholtz Machine.
Tonight Dave posted on FB page:
Thanks to everyone who supported our efforts throughout this journey, & congrats to my opponent, & all the winners last night. We always knew this was an uphill battle in this area, but I’m proud of the campaign we ran – an honest, issues-driven race from start to finish. There are certainly some positives here. For one, nobody living between Elm and Lawrence has to see me at a bus stop again for quite some time 🙂
I know some of you supported Dave in words, deed, and money. Please take a moment to send him a note of thanks. [email protected]

Finally, Norm Davis (Rep Champagne-Urbana) took about 37% of the vote losing to anti- adoptee incumbent and Feigenholtz crony Naomi Jackobbson. Davis has not ruled out a replay next time:
I’m disappointed with the results, but I have to bow to the will of the people, that they have said that what the people of Champagne-Urbana want is higher taxes and no control on spending. But we will keep an eye on what’s going on in the state Legislature.”
Davis is at [email protected]

One Reply to “Election Day 2010: Adoptee Wins and Losses”