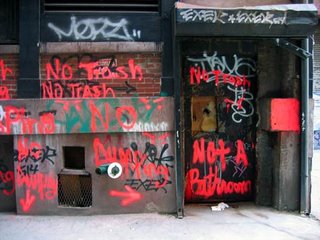 Recently, a Safe Haven fetishist posted to alt.adoption a blog post entitled
“Don’t Throw your Baby in the Garbage”.

While most of us would consider an admonition to refrain from such a method of disposing one’s offspring to be unnecessary, apparently Safe Haven do-gooders
disagree.

I am sensitive to asinine warnings, because I grew up with a mother who was given to issuing them on a regular basis. Unlike the SH fetishists, however, she recognizes her own foolishness in issuing these directives, and has even been known to write about particular incidents in order to give others a good laugh. Here are some of our family’s favorites:

When my younger brother, who stands over six feet tall, offered to open a window in her office, my mother warned him against accidentallyfalling out the window. My brother noted that given that the window was set low on the wall and was rather narrow, he’d have a heck of a time
intentionally jumping out the window, much less falling. 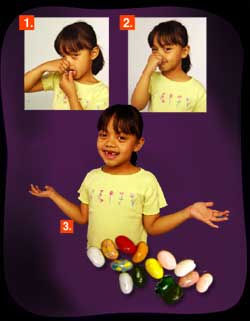 Or the time that my youngest sister (probably about 7 or 8 at the time) walked into the kitchen to discover that mom was putting on some dried beans to soak.When my sister began to examine the beans my mother warned her against
stuffing the beans up her nose. My sister looked puzzled at this strange admonition, so my mom proceeded to demonstrate by picking up a bean and pretending to stuff it up her own nose. This exhibit was not enlightening to my sister, who left the kitchen wondering why anyone would want to stuff a bean up her nose.

When I was 27 we went on a family vacation in a cabin on the lake. I noticed that our cabin’s lawn boasted the most enormous toadstools that I had ever seen in my life. When I pointed this out to my mother, she promptly told me not to eat them. I became indignant and explained that I had no intention of dropping down on all fours to graze on poison mushrooms.

But the crème de le crème (so to speak) of asinine warnings came one weekend when I was home from college. I reported to my family that a local fraternity had been suspended because they were trying to force pledges into sexual congress with sheep during initiations. My mom immediately got on her high horse and exclaimed that she hoped that none of us children would ever do anything like that, because for one thing, you could get terrible diseases from such activity. We all assured her that screwing sheep was not in our immediate plans.

To Mom’s credit, however, she never once told any of us to not throw a baby in the garbage. Clearly she felt that while we might be inclined to eat poison mushrooms or stuff beans up our nostrils, none of us would ever consider such a heinous act as stuffing a baby in with the trash. She is not alone in this sentiment: Most people don’t tell their kids to never toss a baby in the garbage, because everyone knows that to do so is a horrific thing. The only people who toss babies in the garbage are people who are so damaged that even offers of “Safe Havens” are going to be ignored.

In fact, they are probably shoving beans up their noses this very minute.

Lainie Petersen is an ordained minister and co-founder of Bastard Nation.

4 Replies to “DON’T SHOVE BEANS UP YOUR NOSE–DON’T THROW YOUR BABY IN THE GARBAGE: COMMENTARY BY LAINIE PETERSEN”