Bastard Nation was well represented at the bill’s hearing on February 28, 2006. Our Chairperson, Marley Greiner, as well as New Hampshire Representative Janet Allen and Maine resident Craig Hickman, all traveled to Augusta to testify at the hearing. At that time, Bastard Nation issued a letter of support to the Judiciary Committee as a whole in full support of LD 1805.

We supported Representative Davis’ bill wholeheartedly and were disappointed when instead of the bill being voted on in the committee, it went into a work session.

Bastard Nation issued two Action Alerts in full support of LD 1805. We asked our members to write letters to the representatives and senators on the Joint Judiciary Committee, urging them to vote for Representative Davis’ original bill, LD 1805. One Action Alert was issued at the time of the hearing and a second one was sent out when the committee went into its work session.
We quickly learned that certain members of the Committee were not in favor of Representative Davis’ bill and these members both offered amendments during the work sessions. 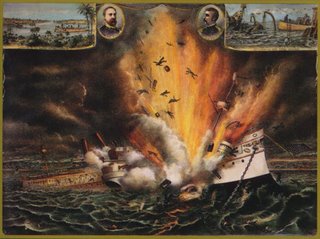 *remove the provision for adoptee access to original birth certificates prior to August 8, 1953 as encoded in Maine law;

*prospectively allow original parents to submit a confidentiality request (a disclosure veto) within 7 days of surrender of parental rights;

* and impose a confidential search business on the Probate Courts.

[Please note: this information was taken directly from reports received from representatives of Access 2006.]

Ironically, Senator Faircloth, who was a co-sponsor of the original bill, proposed an amendment that prospectively would allow all adoptees unrestricted access to their original birth certificates when they reached the age of 40. Senator Faircloth also embraced some of Representative Pelletier-Simpson’s amendments, among them the one removing the provision for adoptee access prior to August 8, 1953.

It is our firm belief that adding any one of the above amendments would be unacceptable. If more than one were added, it would be a full blown disaster.

We have been waiting and watching. As of Friday, April 7, 2006, our resources told us that the count in the committee was:

We did the arithmetic and realized that things looked mighty grim for Representative Davis’ original bill.

We were told that the 3 amendments could come to the floor of the House as soon as Monday, April 10th. We deduced that with 3 amendments coming out of the committee, the one with the most supporters would be the first one voted upon: that is, Representative Pelletier-Simpson’s amendment. If that passes, what would be the use of presenting any other amendments?

We saw no movement at all that Representative Davis’ bill was garnering any more support. In fact, a last minute report indicated that Senator Faircloth and Representative Pelletier-Simpson were now working together to somehow combine their amendments.

At this point, we felt we had no option but to act. On April 8th, we issued an Action Alert and a Press Release asking the representatives to vote down LD1805 as amended. We know that historically, restrictive bills are not readily revisited. Once a bill is encoded into the law, it stays there for many years. It is far better to lose a battle but come back to win the war. 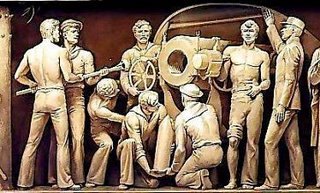 It’s a sad time for us all when we see an excellent bill such as Representative Davis’ LD 1805, turn into a bill with extremely repressive amendments which are totally unacceptable to every self-respecting adopted adult.

We hope when this bill is voted down, we can start over and all work together to pass a pure open records bill.