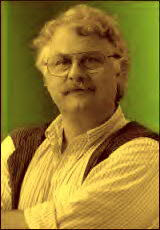 Bastardette has a lot to write about, but I’ll have a busy weekend with Comfest here in Columbus. Although the Bastard Nation tent became just too much of a hassle to do, I work each year at the Columbus Free Press wine tent. In a couple hours I’m off to help set it up.

Oppositional researcher and political analyst Chip Berlet will make two appearances at Comfest this Saturday. His schedule, according to the official Comfest program is:

Here is a partial bio of Berlet from the Public Eye.org

Chip Berlet, senior analyst at Political Research Associates (PRA), has spent over twenty–five years studying prejudice, demonization, scapegoating, demagoguery, conspiracism, and authoritarianism. He has investigated far right hate groups, reactionary backlash movements, theocratic fundamentalism, civil liberties violations, police misconduct, government and private surveillance abuse, and other anti-democratic phenomena. He is a lively speaker defending democracy and diversity. Berlet is co–author, with Matthew N. Lyons, of Right-Wing Populism in America: Too Close for Comfort, (Guilford Press, 2000), which received a Gustavus Myers Center Award for outstanding scholarship on the subject of human rights and intolerance in North America. He is on the advisory boards of the Defending Dissent Foundation, the journal Totalitarian Movements and Political Religion, and PRA’s Public Eye magazine.

The Columbus Free Press will also hold its monthly Salon at Comfest. Unfortunately it’s at 4:30 PM at the Solar Stage, at the same time as Berlet’s first talk.

Finally, the amazing Linda Dachtyl (ldb3) is playing at the I Wish You Jazz stage at 5:00 PM on Saturday.

So much good stuff!

Go to the Comfest page for more!