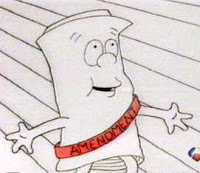 I don’t have a lot of time today, but wanted to get this out. More thoughts later.

Wednesday, amendments to placeholder AB 372 were introduced by sponsor Asmb. Fiona Ma. The amended version is now online. CARE has also issued a memo, dated March 26, discussing the updates. The amended bill is clean but has problems.

According to the CARE memo, CARE and the California Association of Adoption Attorneys (CAAA), which (surprise!) opposes access, met with Asmb. Ma on March 24 to hash out changes which now includes a pushback to 25, the age at which adoptees can receive their original birth certificates. It also includes a contact preference form, and an extensive medical questionnaire.

How and why this age qualification developed is a mystery. I believe, however, it is related to the 1984 “birthparent” disclosure veto as well as young adult “reunification” concerns amongst paternalistic “child welfare” professionals who feel a dubious need to monitor their former charges and to protect them from reuniting with allegedly dysfunctional families at a legal, but “too early”age. Neither issues should concern the right of adopted adults to their own birth certificates, but apparently they concern the Professional Adoption Class, California Division.

CARE says in its memo, without comment, that the age qualification was recommend by CAAA. In its statement, CARE is unclear about whether it agrees with the eligibility requirement or if it will try to lower the age to the normal 18 (or 21 tops). The sound of silence suggests agreement and should be added to the list of questions Maryanne Cohen posted here the other day, which still remain unanswered. 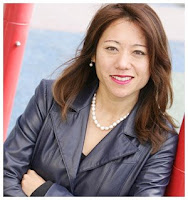 CARE and Asmb. Ma rightly rejected the CI “recommendation,” which would let bureaucrats track down “birthparents” to get consent for release of obcs, gutted totally the intent of even compromised legislation, and continued to infantilize California adoptees. CARE to its credit has stated from the beginning that the CI was humiliating and unacceptable.

Amended AB 372 also includes a long section on contact preference form (cpf) language taken from Oregon, and strangely, the entire text of a medical questionnaire offered to “birthparents,” who submit a cpf, taken from New Hampshire’s questionnaire. I say strangely since in every other state with the cpf, the language was not written into legislation, but developed by state agencies after passage of the law. Putting the questionnaire in the bill seems a bit of nitpickery and is counterproductive to the message of rights restoration. But then, by its own admission, rights is an unwanted and uncomfortable concept and strategy for CARE.

Speaking only for myself, I don’t like the cpf, (originally a bargaining chip, and now SOP), and I like even less medical history requirements. They dilute adoptee rights, are bad politics, and dangerous. The cpf can be amended into a contact veto–or worse–even after a bill becomes law. No one has a right to someone’s else medical history. The medical history inclusion, especially in its current extensive and intrusive form, sends up a red flag that access could be amended out, and the bill re-written as an anonymous medical registry bill. The language, codified in law could also be more difficult than regulations to change.

Amended AB 372 also lacks a mechanism by which adoptees born in California but adopted elsewhere can obtain their obc. There is no mention of access for the descendants of deceased adoptees.

AB 372 is an improvement over its placeholder forerunner. Asmb. Ma is listening to our input and the rights argument. That’s a good thing, but it’s not over yet.