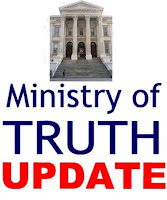 In the last 48 hours, the California Adoption Reform Effort’s Ministry of Truth has removed two CARE documents and their links from its increasingly anorexic website:

(1) a letter dated February 24, 2009, to Cal Assembly Judiciary Chair Mike Feuer, in which CARE president Jean Strauss writes bastards and adoptees out of their own rights movement and history

That’s the beauty of the Internet. Shazaam! History can vanish with the hit of a button, but it can also be rescued with another. Bastards aren’t stupid. As obsessive retrievers and collectors of our own stolen history, we rescue history from the dustbin and guard our treasures with the diligence of Mr. T. You can read what CARE doesn’t want us to read here (letter to Feuer) and here (memo to membership).

BASTARDS NEED NOT APPLY
From the beginning, CARE has sought to identify itself, not with the self-led adoptee rights-rooted movement that has actually won battles restoring our right to records in our own states, but with the “professional” adoption class of pointy-nosed industrialists. From it’s inception, CARE has dismissed the authentic voice of activist Bastardy:

Our effort is a professional one, not a grassroots one.

and attempted to replace it with the soothing voice of social engineers and “disinterested” third parties; that is, those whose interests are not the interests of bastards, but in continuing their rackets.

CARE has sought to minimize the bastard voice while paternalisticly claiming the opposite:

I [Jean Strauss] know many of you are interested in being involved in access legislation because you believe access to your original information (all of it) is your constitutional right, and the constitutional right of your children. I am with you. Yet I believe we must use tools that will help us get the job done. The language of ‘constitutional and civil rights’ commonly used in access legislation appeals stands in direct opposition to the California Constitution. If we use this approach, we will, I have become convinced, fail.

I [Jean Strauss] have often cited a quote of Thoreau’s when trying to help people understand that triad members are the voices which should be listened to as adoption policy is revised.

To highly paraphrase Thoreau, To navigate an ocean we should seek the counsel of shipwrecked mariners rather than find our way based on the advice of those who’ve never been out of sight of land.

Our lobbyist and author are the mariners who must chart this course. They know, much better than any of us, how to navigate these waters. Only through their wise counsel and honesty will we arrive at our destination.

CARE ISSUES US AN AMENDED BIRTH CERTIFICATE
In its attempt to de-bastardize and legitimate itself, (or I suppose what CARE considers “professionalize” itself) CARE washed itself white as the driven slow, and has now issued an amended birth certificate to the adoptee rights movement. According to CARE, bastards did not give birth to our own civil rights movement. Instead, “professionals” did! No doubt we should be grateful for their “care.”

In her letter to Rep. Mike Feuer, now disappeared from the CARE website, (also passed around to SB 372 supporters) Jean Strauss wrote:

Nationwide, there is a movement to create access to an adoptee’s original identity. This is a direct result of medical professionals and social workers recognizing that hiding an authentic identity from an adoptee for an entire lifetime is neither healthy nor necessary. 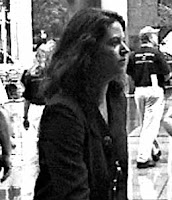 Funny thing, I was one of the midwives in 1997 at Birth of a Bastard Nation in Chicago. I don’t remember Bastard Nation popping out of the head or some unspeakable part of CWLA or NASW, and I’ve never seen or heard a representative from either organization testify on behalf of records access. Sure. some individuals in the profession have supported us, but they did not create us.

What I do remember are Shea Grimm (r), Damsel Plum, Helen Hill, BB Church, Caroline Evaine Shaw, Steve White, Ian Hageman (teaching us what to do if arrested), Deb Schwartz, Michelle Hilbe, Mirah Riben, Deni Castelucci, Beda Warrick, Jackie Patrick Fox, myself, and a roomful of Beautiful Bastards launching the second wave of bastard rights, carrying on the work started by bastards Jean Paton, Florence Fisher, and Betty Jean Lifton. There wasn’t a single professional there, unless you want to count San Francisco activist lawyer Randy Shaw who first put the idea of a ballot initiative in our heads. But then we didn’t offer a therapy room. 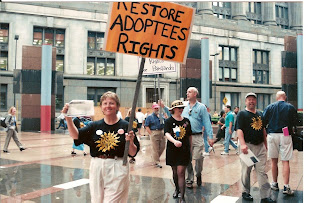 As BB Church wrote in his matchless response to CARE’s re-write of our history, What is Jean Strauss SMOKING?

I defy Jean Strauss to name one social worker or medical professional who has ever led an effort to open records anywhere. Sure, some have allied themselves to the issue, even the CWLA has deemed “openness” a best practice, but it has been adult adoptees, beginning with Jean Paton, who have effectively advocated for THEIR OWN INTERESTS.

The professional class have been “lagging indicators”, to borrow a phrase from the front pages…

The danger in presenting this factoid to legislators as foundational is that this alleged “recognition” by the gods of medicine and social welfare is chimerical and hardly uniform.

CRUSING DOWN THE RIVER
While Jean Strauss has been busy Sovietizing history, her colleague Stephanie Williams pursued the task of sending out a memo to CARE members and supporters explaining away the inconsistencies between what CARE says and what CARE does.

Williams explains, rightly, that AB 372 is a placeholder bill, submitted under deadline, to be amended into another form later. There is no shame in a placeholder. It’s done all the time. It is a a shame, however, that somebody at CARE didn’t take the time to explain this earlier, instead of insulting CARE membership and visitors to its website when AB 372 was introduced:

a word about reading a bill: Legislative language, and the language of statutes, can be confusing. The language is based upon existing legal code which encompasses thousands of pages that are all interrelated. The change that we are requesting will allow adult adoptees over the page of 18 access to their original record of birth. The text herein is written by the legislative counsel for the California Assembly and is written for lawyers, not for lay people. What’s important is that it creates a legal right for adult adoptees to get their birth records.)

Not surprisingly the above “explanation” has mysteriously disappeared from CARE’s website, along with the other embarrassing documents.

Williams explains in her memo why some California adoptees will remain legal pariahs:

She starts by assuring us that CARE believes that overcoming California’s Privacy Initiative 1 in the state’s constitution, but in the next paragraph turns tail:

Our most serious problem appears to be the birth parent disclosure veto of authorization choice which was added to the law in 1983. This raises a constitutional issues concerning access to those adopted after 1983. It is possible that we will have to compromise in some way with respect to these adoptees. We want all our supporters to be aware of this possibility now If other problems arise, we will keep you posted.

So…at a minimum, if by some miracle CARE gets their half-assed bill passed, Cal adoptees born after 1983 will probably be left without a paddle. But that’s always been the score with CARE and it’s weepy anti-rights mission of “needs,” “desires” and obc access for “as many adoptees as possible.” 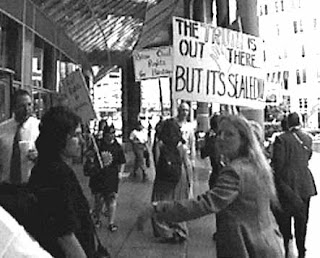 CARE SELF-DEFEATS
CARE’s “leadership” needs to read Damsel Plum’s seminal The Psychology of Self-Defeatism in Adoption Reform written in the summer of 1997 before bastards anywhere had a victory.

Don’t apologize for daring to want what everyone else has. Develop your allies and choose your advocates carefully. Learn the facts, study the tactics of successful grassroots movements, educate others, and reach out to the public at large. Don’t be cowed by arguments that you have no rights and are lucky to get anything at all. If someone is on a legislative committee, looking for a judgeship, or otherwise stands to gain politically from compromising your civil rights, perhaps you should think twice about having this person as your organization’s advocate, regardless of their triad position. Once you get the word out, empower yourself and your group, you will find that legislators will be more willing to take on your cause for the positive publicity and votes they stand to gain as civil rights advocates.

Adoptees – the time has come for us to take the lead in the issue which most impacts us, and over which we had no decision. Come out of the closet and don’t be ashamed that you are adopted. Knowledge is power. Conviction and self-respect form the armor which will protect us from the lies thrown into the fray by our enemies and the ignorant ones who are manipulated by them. Education and outreach are the swords with which we can cut down the briar of secrets and lies set up by who fear the truth and profit from lies. Defeatism is a self-fulfilling prophecy. We are not children. We are not second-class citizens. We are not shameful. Real open records is reasonable. It’s our job to make it happen the right way.

Addenda: As I was checking links, Stephanie Williams’ memo reappeared on CARE’s page, this time dated March 10 with one small but interesting change:

The original memo read: The bill has been assigned to the Assembly Judiciary Committee.

The new memo reads: The bill will be assigned to the Assembly Judiciary Committee.

Normally that correction would be no big deal, but since CARE tomfools with history, we can only wonder.

For another analysis on CARE’s revisionist history see Baby Love Child, C.A.R.E.’s lie; writing adopted people out of our own history. 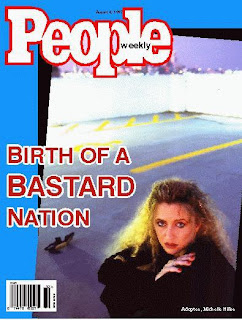 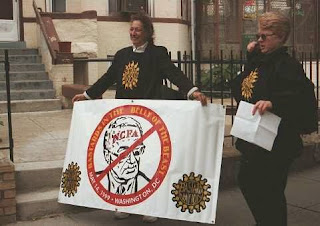 3 Replies to “CALIFORNIA: CARE’S PROBLEM WITH HISTORY–BASTARDS HAVE NONE”