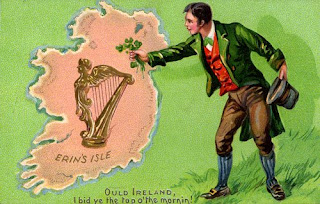 Here is Shane MacGowan and Kirsty McColl singing New York Fairytale on Top of the Pops. OK, it’s a Christmas song, but I think it’s good for St Patrick’s Day. If you don’t’ think so, don’t play it.

Back in 1986 Bastardette was still working at the Ohio State University Theatre. One of her colleagues was actress, director, and OSU Theatre Associate Professor Joy Reilly. Her cousin was the legendary–even then–Shane MacGowan. While still a boy soprano, Shane had sung at Joy’s first wedding, and she recalled him as a “sweet boy,” who despite his later claims, came from an accomplished and intellectual family and had not been to Borstal. Well, that was a long time ago. Even then. Before he filed down his teeth.

So Shane and the Pogues were playing in Columbus and Joy and I went to the Newport for the show. Joy had a radio program on WOSU-AM and hoped to tape an interview with him, but it didn’t happen, since Shane was–surprise!–drop dead drunk through the show. And maybe before. As I remember, we weren’t exactly convinced he’d been that drunk while performing. He’d been known to play it up slopping beer all over the stage. But when we met him 45 minutes later at the Holiday Inn on the Lane, he was hammered. 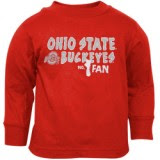 With the hotel staff eyeing us like a couple of groupies, Shane demanded we take him out to drink. Since Shane (or was it we?) was in no shape to maneuver back up to the bars on High Street, we took (or rather, carried) him next door to the Varsity Club–the place where your parents go. A memorial to Woody Hayes. Where pot-bellied men and their wives wear matching scarlet and grey sweatsuits The Varsity was (and is) an hallucination without Shane. With him, we’d entered the fourth circle of hell.

For some reason we didn’t get the boot, but it wasn’t for Shane not trying. Tears, howls, poems, songs, and words of unspeakable vulgarities (for the Varsity) emanated from our table. We got a lot of dirty looks. I wanted to shout, there’s s freaking genius sitting here, a veritable Brendan Behan, and you’re worried about your ears burning! Shane took my hand while he wept in his beer (or whatever he was drinking) as he looked at a picture of Joy’s kid. He went on poetically about family and love and the higher things of life. Upon learning I’d be in London about 6 weeks later, he gave me his address in Camden and asked me to meet up with him there. Oh, how I wanted to. He had no phone, but I feared I’d get to his door and he’d shout out “who the hell are you?” He had a girlfriend anyway. (I still have the address).

Ever the gentleman, Shane walked me to my car, broke once more in copious tears, and hugged and kissed me like I was his long lost love.

I shouldda gone to Camden and knocked on his door. Who knows. If I had, you’d not be reading this today. On second thought…you would.

So that’s one of the reasons I’m posting this video for St. Patrick’s Day.