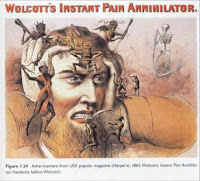 AdoptionLaLaLand and its absurdities never ceases to amuse or aggravate. Here’s some stories I considered writing about this week, that are so disturbing that I couldn’t come up with any rational comments. (Go the the bottom of this entry for good news) These stories are not directly related to adoption, but touch on our own issues of identity, child and mother welfare, and government craziness.

The Washington Post (and the wire) reports that Gary Johnson has been ordered to either pay $3800 for the birth of his daughter JaeLyn, or marry the mother Rebecca Witt. No, Mr. Johnson has not deserted Ms Witt, denied parentage, run out on child support payments, or committed some other dastardly deed. He’s just not married to the mother of his daughter. Under the state’s paternity act, amended 5 years ago, birth costs can be waived if the father is married to the mother. At the time of JayLyn’s birth, Miss Witt was on Medicaid and the state paid all costs. Now the state wants its money back.

Johnson seems to have no qualms about the pay off, but neither he nor Witt are happy abaout the Draconian measures the state is taking against them. Johnson makes $8.00/hr at a Grand Blanc-area nursery and has been ordered to pay $500 a month in hospital costs. He and Miss Witt are together but most decidedly do not want to get married under order of the state. Witt says, “I don’t think anybody should tell me when to get married. I would like to have a nice wedding, and I can wait for it.”

Genesee County Friend of the Court Jack Battles crows that the law is an incentive to maintain the “sanctity of marriage.” He doesn’t explain how forcing people to marry in order to avoid a paying a bill to the government will do that.

The January 21 edition of The Salt Lake City Tribune ran a disturbing article on the attempt of Utah Republicans to abolish the state’s Health Department–to save $1.7 million in administrative costs. But that’s just the beginning. They plan to move some of the functions of the department over to Human Services while simultaneously cutting 7.5% out of this year’s Health and Human Services budget and another 15% the following year.

Here’s from the article:

One of the most troubling proposed cuts, according to health department officials, is reducing inspections of licensed child care facilities. Some 700 facilities, considered “highly compliant” because they have had less than three citations a year, would be inspected once a year instead of an average of three.

Marc Babitz, who oversees the division that includes licensing, said he’d have to cut the usual unannounced visit.

The change might allow serious violations to slip through, he said, noting an infant died this fall at a center that would have been considered highly compliant. But after the baby died, from strangling in a car seat while sleeping unsupervised, the health department found an unlicensed woman was left in charge of too many infants without enough cribs.

“We wouldn’t catch her [under the new budget]. It just frightens me,” Babitz said.

Other cuts would also impact children’s health. A pregnancy risk line, which counsels 20,000 women a year about exposures that can cause birth defects, would be shut down — and birth defects would no longer be tracked. An autism registry, which tracks prevalence and risk factors for the developmental disorder, would end.

No doubt LDS Social Services would love to jump in and rescue lost services from the chopping block. Next step: outsourcing health services to India?

This is from the London Daily Mail, not the best source, but it’s not the News of the World either. According to the Mail, Brett Vogel, fiance of former children’s entertainer Kay Stanley who died in a car crash last year in Brisbane, Austrailia, plans to implant three of Stanley’s frozen embryos into his sister to create “a miracle baby.” Stanley was 10 weeks pregnant from IVF treatment when she died. (l: Vogel and Bates)

Stanley’s mother, Gwen Bates of Rotherham, UK has been in Australia since her daughter’s death fighting to bring her body back to the UK for burial, claiming that Stanley was buried there against her wishes. And she is not happy about impending grandmotherhood under the circumstances, and according to the story, fiance Bates is stonewalling, and even ran away from her when she spotted him in a cafe.

YOU PAY, SHE PAYS
Surrogates told to pay support

According to the Sydney Morning Herald, the Australian government is demanding a New Zealand surrogate mother pay child support for a baby she bred for two gay Queensland, Australia men. According to the Herald, the now 1-year old girl is being reared by her biological father and his partner, but they are only her legal guardians, since it is illegal for gay couples to adopt in Queensland. The stay-at-home father has been granted child support payments from the state, but now the state wants the surrogate to divvy up. Family law professor Mark Henaghand, Dean of Law at Otago University, says that if surrogacy babies are not adopted and intended parents claim benefits, surrogates should pay. In this case the surrogate’s name appears on the birth certificate and guardianship is insufficient to remove her name.

The surrogacy business on both sides of the Tasman aren’t happy. Gee could this put a few kinks in the moneygrubbers’ pipeline?

BUT FOR FAST FAST FAST RELIEF...
Anita Field and Mary Fuller have teamed up on a new Illinois Open Blog. Anita posts the first entry–her heroic battle with Illinois courts to pull her obc from the grasp of the state.