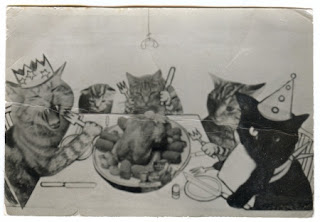 Tuesday marked  the 7th anniversary of the Daily Bastardette.  To be honest, I’m surprised. I started Bastardette as a little experiment not expecting her  to go very far. In fact, the big reason I started her was that a techie bastard, whose name escapes me now, suggested I blog since webpages were”obsolete” and blogs were “the way to go.” I was also curious to see if anyone would read her. I was astounded when I had 100 hits.  As of this writing, I’ve had  almost 350,000 hits. I’m still astounded.

One of my first blogs, Abandoning your Baby: It’s such a simple thing to do, was about California’s godfather of baby dumping., LA County Supervisor, Don Knabe.  Supervisor Knabe had complained  to the press that not enough mothers were anonymously dropping off newborns at their neighborhood fire stations.. “It;’s such a simple thing to do,” he bemoaned. Nothing has changed.  The other day .Missouri politicians, complained that something had to be done to save more ‘newborns” (the state’s “safe haven law” has two tiers so babies up to a year old can be dumped with different parental “legal defenses.”)  The solution to this dire non-problem, according to them and their busybody counterparts in “children’s services,” is to cook the books…er… extend the age limit that infants can be “legally” abandoned without question.  Of course, any reasonable person–or government–would  be happy that scads of infants aren’t littering the streets, yards, ponds, and dumpsters of the state, but that’s not how bureaucrats think. Nature abhors a vacuum.

In fact, since the Daily Bastardette came on the scene in 2005, a lot of things haven’t changed, but not for the trying.  Deformers and Benedict Bastards continue to fawn over each others’ bad bills. They continue to  promote anti-bastard incremental legislation that not only black holes adoptees with disclosure vetoes and other restrictions, but makes future clean legislation in their states  impossible.  This betrayal is performed under the banner of “getting  something passed” and to fill bottomless egos at the expense of those left behind. Sure everyone wants OBC access restored on their watch, but sometimes the watch goes AWOL.

On the upside, since I started blogging, Maine and Rhode Island have unsealed records (though we’re not happy with the age limit in the latter), and we currently have a clean bill waiting in the Oklahoma Senate after unanimous passage in the House. Other states are making strides and holding the line.

Over the last seven years the adopta blogosphere has blossomed and become a mainstream political and personal voice for bastards, first parents, and bastard-friendly adoptive parents and professionals  where none existed before, except in limited spaces. (Not to count the equal growth of syrupy boo-boo-baybee blogs praising Jesus and glorifying the “miracle of adoption.”)

When I first got on the Internet in 1993 there were only two or three adoption forums. For most of us,they were the first public places where we could talk about adoption and assure ourselves that we weren’t the crazy ones.

The pre-web  FIDO  (I forget the exact name of the board) where I first ran across Mary Fuller, was, in 1993, the very first “site” I found.. Mary lived here in Columbus then and later moved to Illinois where she helped found Illinois Open, blogs, and continues to fight uncompromisingly for our rights.

AIML (Adoptee Internet Mailing List) was  the second; a gathering place for  nearly 1000 disenchanted adoptees where politics and search lived in harmony.   AIML, unfortunately,  became noted for its owner’s commands against politics and religion which tanked its usefulness to just about zero. I don’t’ have the date handy, but sometime in 1996 or 1997,  the AIML Commandante  (who also lived down the street from  me), banished every known Bastard National and suspected sympathizer from AIML after BN co-founder Damsel Plum posted an uncomplimentary limerick about her on alt.adoption (see below). The Night of the Long Knives–along with a strange ruling  around the same time that banned such phrases such as “God bless you” and “I’m praying for  you”  from acceptable AIML discourse– gutted AIML membership.

The third was the St. Johns Adoption List, currently barely active.By the mid-1990s it  had hundreds of adoptee, and first and adoptive parent members.

Finally,  the unmoderated, fist-swinging newsgroup  alt.adaption is where I learned to be mean, and met Shea Grimm, Damsel Plum and Lainie Petersen, the co-founders with me of Bastard Nation . And those other stalwarty bastards and friends: Ron Morgan, Bob Alberti, Kathleen Regan, [email protected], Deer Watson, David Ansardi, Julie Dennis, Mary Hunt,  Cynthia Bertrand Holub, Anita Field, Dave Sibley, Carolyn Evaine Shaw Counterman, Nurse Nell/Elizabeth McBride, Mari Steed,  Don Williams (the anti-doptee), Janet Bray Solursh, Rosemarie Ventura, Jim Hamilton, Steve Sellers/Ungrateful Bastard, Deni Castalucci, Paul Klue, Drew Shimkus, Steve White, Kevin McCarty, Patty Bybee, Barb Morra, Andy Katz;  and  the late Michelle Hilbe,  Gavi Person, Di Wellfare, and Linda Fortney,–  and so many others, most of whom I’m still very friendly with.  These, with  a couple exceptions,  were the founding core of Bastard Nation.  Later we were joined incredibly, by Bill Pierce–retired from NCFA and calling himself “pierce unleashed”– who loved the rough and tumble and didn’t mind a big bastard stomping. He seemed to relish staying up til’ 4 AM putting us in “our place.”  Bill occasionally joined us in stomping  pests such as “Lori Crackangeleo,” as well as giving us amazing ammo to fire back at the adoption industry in his name.Something that phenomenal won’t happen again.

alt.adoption was no holds barred-free speech. Our goal, was to ruin lives. One of our favorites crazyees was “Celeste” an adoptive mother who locked her kid in his bedroom because for some “inexplicable reason” he liked to run away from her.  Besides being an adopter whackjob who pissed off  other alt.adaption adopters with her crackpottery, Celeste believed that Armageddon would  step off with a shoot-out between Prince Charles and Elton John in the streets of  Jerusalem. (She was serious). She also claimed that Bastard Nation was in the Bible (no doubt The Beast.).  Celeste liked to call the cops on her antagonists.  Once after Steve White informed Celeste that he’d put her in his killfile, she reported him to her local police for threatening to kill her. We also had a guy named Dick Silk (or was it Silk Dick?).  Then there were The Bitches–snow, and lawn– fathers rights raiders who thought men should be exempt from child support if they’d been trappead by predatory baybee-lusters.  There was another guy, whose name I’ve forgotten, who acted as a free mouthpiece for European Adoption Associates and loved to quote John Lennon.  He thought alt.adoption was a cult. .There were many more.   When Mama Dot died right before Christmas, and I had no money to get to her funeral, some  alt adoption minions whom I’d fought with for years dug up and paid for a hard-to-get last-minute plane ticket to Florida for me.

I could go on , but as they say, the more things change the more they stay the same. Adoption, mainly through the Internet,  has been over-mainstreamed and normalized with confessionals, marketers,  woundies, paper pregos, evangelicals, and equivocators.  At  the same time adoption is as common as dandilions, adoption’s formalities remain secret and shamified. (sealed records, safe havens), and now, more than ever, cloaked in divine intervention with adoptees placed as God’s gift.

The personal, for the most part remains the personal, refusing to move into solid political action. Factions within the movement continue to wage war on each other over the same issue: autonomy or victimhood;  rights or reunion, that were going on in 1993 and 2005.  The big difference now is that a lot more crybabies are online, and one is “expected” to respect their painful right to whine and act counter to the political interests of Class Bastard whom they claim to represent, but quiver at the term. Those who reject primal wound theory and state favors over rights are bullies.  Adoption  is worse than The Holocaust.. Adopters are baby thieves. Adoptees live in “the fog” and bleed out their primal wounds.  First parents, depending on their sex, are selfish skanks or selfish deadbeats.  Womb crawling  is easier than taking back rights.We are not worthy. The beat goes on.

Sometimes I don’t feel like writing–like the last couple weeks.  There are so many things to write about, but is there a point?. I need to go Daily as the title implies.  I thought it would be easy . It’s not.

So many horrible things are going on in this country today. Much of it, like the War on Women, affects us directly and  indirectly.. If it continues, more bastards will be churned out and anonymized for the pleasure and convenience of others. Bastards, as the fruit of illicit sex  and slutty women, are still considered dirty, scary, people who can’t be trusted with our own information much less hang out with our bio parents.  With the growth of the National Security State, we are targets of government scrutiny. Now is the time to demand full equality–not to beg for scraps. If we don’t win this round now, we may never have the opportunity again.

Thank you bastards and friends.  Thank you readers. Thank you all who support and promote real adoptee rights and put your money and your bodies where your mouth is.

16 Replies to “Bastardette’s 7th Anniversary: The more things change the more they stay the same”