Bastard Nation submitted testimony opposed to SB 63, SB 77, and HB 2190 all of which codify a 34-year black hole for those adopted in Massachusetts, barring them from automatic unrestricted access to their own birth certificates. Below is BN’s SB 63 testimony. Since the other bills are basically the same, testimony opposing those bills is identical and won’t be posted here.

SUBMITTED TESTIMONY IN OPPOSITION TO SB 63:

Bastard Nation: The Adoptee Rights Organization, urges you to vote NO on SB 63.

Instead of treating all adopted adults equally, SB 63 creates two classes: one with privilege, one without, based on date of birth.

(2) Adopted persons born in between those dates will not be “allowed” access their original birth certificates without a court order as under current law.


SB 63 grossly discriminates against adoptees. Those born on or between July 16, 1974 and December 31, 2007 are not only treated differently from the non-adopted through a general sealing of their original birth records, but differently from those adopted before or after those dates. 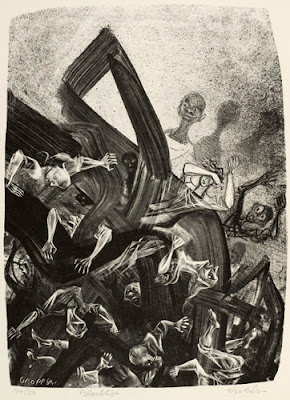 The creation of a restricted class of adopted persons in SB 63, revives and legitimizes spurious claims of “implied promises of confidentiality” supposedly made to relinquishing parents in the state during blacked-out dates. These “implied promises” have been debunked repeatedly by legal scholars, court rulings, birthparents, adoptee rights activists—and by legal documents themselves which make no such “promise.” In 30 years of records access legislation, not one document has been presented to support “promises of confidentiality,” “privacy” or “anonymity “– implied or otherwise.

Adoptee access to original birth certificates is a basic human and civil right. The State of should not be in the business of denying any of its citizens access to his or her own birth certificate–and certainly not in creating classes of have and have-not adoptees based on age. What makes some adopted persons more worthy–or “dangerous”– than others? Why are certain adopted adults under SB 63 granted a “special right” of birth certificate access and the rest denied that “right” and shoved into an anonymous black hole, blacklisted by the state?

SB 63 is an insult to every adopted person in and . SB 63, under the guise of “adoptee rights,” codifies secrecy and shame for more than a generation of adoptees who will be humiliated and stigmatized– forced to seek a court order for a document that those born before or after them will get for the asking, just like the non-adopted. This is not acceptable.

This reactionary bill goes against adoptee-positive change in , , and , where over the last eight years birth records have been opened to all adopted adults with absolutely no negative consequences. Other states are currently working on inclusive legislation without black holes or other restrictions. It is incredulous that in 2007 wants to turn back the clock and stigmatize adoptees.

SB 63 is regressive, nonsensical, and ugly. If passed, it will be open to challenge from the blacklisted who want what is rightfully and legally theirs: their own birth certificates. SB 63 needs to be killed and replaced by a bill that respects all adopted persons as responsible, functioning, human beings.

Please vote NO on SB 63, come back with an unrestricted access bill, and show the people of that ALL adoptees possess full rights, respect, and citizenship.

Leave no one behind! It’s the right thing to do.

ABOUT BASTARD NATION: the Adoptee Rights Organization: Bastard Nation is the largest adoptee civil rights organization in . We are dedicated to the recognition of the full human and civil rights of adult adoptees. Toward that end, we advocate the opening to adoptees, upon request at age of majority, of those government documents which pertain to the adoptee’s historical, genetic, and legal identity, including the unaltered original birth certificate and adoption decree. Bastard Nation asserts that it is the right of people everywhere to have their official original birth records unaltered and free from falsification, and that the adoptive status of any person should not prohibit him or her form choosing to exercise that right. We have reclaimed the badge of bastardy placed on us by those who would attempt to shame us; we see nothing shameful in having been born out of wedlock or in being adopted. Bastard Nation does not support mandated mutual consent registries or intermediary systems in place of unconditional open records, or any other system that is less than access on demand to the adult adoptee, without condition and without qualification.