Bastard Nation: The Adoptee Rights Organization, the largest adoptee rights organization in North America, urges you to veto SB 2690 because it establishes an unacceptable tiered system for adoptees to obtain their original birth certificates. Instead of trying to treat all adopted adults equally, this bill creates different layers of adopted adults. Why?

(2) Adopted persons born in Massachusetts between those dates cannot access their original birth certificates without a court order as under current law. This just doesn’t make any sense

(3) The bill also establishes a voluntary state-operated “contact information registry”–an apparent sop to blackholers, who will be forced to enroll in a government program with the hope that an original birth certificate might be forthcoming if their birthmother consents.

Bastard Nation: The Adoptee Rights Organization opposes legislation that denies any adult adoptees access to their own original birth records on par with all other citizens. SB 2690 grossly discriminates against adoptees. Those born on between July 16, 1974 and December 31, 2007 are not only treated differently from the non-adopted, but differently from those adopted before or after those dates. By creating this restricted class of adopted persons, promoters of the bill legitimize disproved arguments by the National Council for Adoption and other adoptee rights opponents of “implied promises” that original birth certificates would remain sealed records. 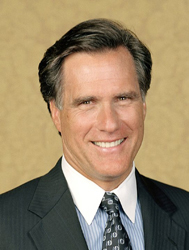 Adoptee access to original birth certificates is a basic human and civil right. The State of Massachusetts should not be in the business of denying adult adoptees access to their own birth certificates–and certainly not in creating classes of have and have-not adoptees based on age. What makes some adopted persons more worthy-or dangerous–than others? Why are some granted “special rights” status?

The tiered access system established in this bill perpetuates the violation of adoptee rights by making unaltered birth certificate access a privilege bestowed by legislative whim. Passage of bad legislation in Massachusetts could easily undermine efforts of dedicated reformers who are holding the line for adoptee rights in other states. What happens in one state impacts what other legislatures will consider.

Massachusetts SB 2690 is an insult to every adopted person in Massachusetts, the US and Canada. It is an abomination in light of the restoration of the right of records access to all persons adopted in Oregon, Alabama, and New Hampshire. Adult adoptees and all who support adoptee rights should stand united for unrestricted access laws and not sell out just to get a bill passed to “stop the clock” so some adoptees get their records while others are denied them. History shows that no state with a tiered system will grant access to blackholers later. SB 2690 is unethical, unjust, and makes no sense.

Please veto SB 2690 so that in the next session adopted adults and legislators can work together to fashion a bill that will treat all adoptees equally.

Thank you for your consideration.