One of the collateral benefits and enjoyments of bastard rights activism has been the election,of adoptees and other adoption reform activists to state legislatures.

After a couple years of trying to pass access legislation in New Hampshire, in 2004 Bastard Nation’s own Janet Allen was elected to the New Hampshire House.  During her second term, she was instrumental in the enactment of SB 335  which retored the right of all the state’s adoptees the access upon request.of their original birth certificates.  Janet was the first person in the state to receive her OBC when  records were opened January 2005.

Since then Maine has elected two activists to its House.

Bobbi Beavers,  first mother and co-founder of OBC for ME,  shepherded PL 409 which  in 2009, restored the right of OBC access to Maine adoptees, through the Legislature   She was was elected to the House in 2010 (D-District 148) and  re-elected yesterday,  3,164-  2,094. Bobbi sits on the Joint Standing Committee on Energy, Utilities and Technology. Her legislative interests  include foreclosure protection and environmental issues. Bobbi earned  perfect marks from the non-partisan Maine Conservation Voters for her votes to protect the environment and invest in Maine’s natural resources during the second session of the 125th Legislaturei.Her latest campaign flyer is here. 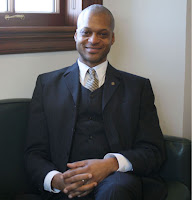 Every single day, I work tirelessly for the people to try and make this community a better place. We need policies in Augusta to enhance this work: less regulation on family farms and small businesses; a comprehensive food policy ensuring all people—especially children, veterans, and seniors—have access to wholesome food; energy policy that protects our precious natural resources; investments in education, infrastructure, and worker training. We must lift people up, make work pay a wage you can raise a family on, and grow the middle class.

Craig worked on passage of PL 409, and it was my pleasure to testify with him  in Augusta on the previous near identical bill.  Craig’s inspiring Letter to ta  Wisconson  Bureaaucrat  was re-printed with his permission in the December 8, 22007  issue of The Daily Bastardette.

Craig is one of the most remarkable men I’ve ever met.  If our legislatures and Washingtin were filled with representatives like him we would have a much more humane and human country.