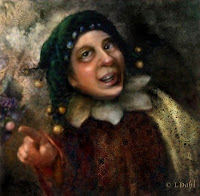 The National Council for Adoption has announced that it has ceased its 31-year promotion of adoption. As of April 1, the organization will be known as NCFAA: the National Council for Adoption Abolition. It’s first act will be to order states to open immediately, the original birth certificates of all adoptees with no condition.
“It’s the least we can do. Our shameful acts have destroyed the lives of millions” says NCFAA president and CEO, Chuck Johnson. “We need to make amends. Whether they want them or not, we’re going to make sure that every adoptee in the United States receives ASAP a certified copy of their OBC.”
Johnson says that NCFAA is so excited about its new mission that it will pay the cost of reproduction, certification, and FedExing of all documents.
In addition to unsealing OBCs, within six weeks of April 1, NCFAA plans to open regional adoption abolition re-education camps for adoption agents, lawyers, and facilitators as well as Catholic Bishops, Mormons, civil libertarians, and coerced-pregnancy advocates. Special adoption abolition intensives for politicians are planned in each state starting with New Jersey, Missouri, Texas, California, Utah, and Florida. Utah politicians will receive special instruction on the rights of biological parents and will be sent to jail if they refuse to comply with new NCFAA rules.
Johnson says the NCFAA board is considering setting up a separate search and reunion non-profit to do free, searches for “the people we have so shamefully disenfranchised over the last three decades.” Details will be announced in May.

Johnson is curious about the reaction of adoption deform groups, such as the American Adoption Congress, NJCare, and the Evan B. Donaldson Adoption Institute, to its re-branding. “We’ve never understood what these fools actually think about adoption–especially the OBC issue,” Johnson told The Daily Bastardette in an exclusive interview. “What in the world do they actually want?” 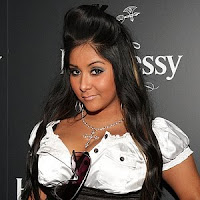 “These deformers, unlike bishops, baybee lovers, liberal do-gooders, and politicians, never seem to have an agenda–a belief system. They say one thing, do another, and settle for what little they might get out of us. I mean, look at New Jersey for Pete’s sake. If that’s all those hosers can get in 30 years, and then we come in and open the records in a few minutes, how does that make them look? Snooki could have done a better job.”
Johnson pointed to worries his predecessor at NCFAA (then NCFA) Tom Atwood had about the Donaldson.

“Poor Tom! He nearly choked on his microphone debating Adam Pertman on NPR a few years ago, when Pertman came out promoting a government-run federal reunion registry. That was bad enough, but then he started to ramble about how great adoption is–it just needs tweaked. It was a real WTF moment for Tom. I mean, why bother when the mediagenic “good guy” leaves you in the dust?”
Johnson says Atwood’s flummox made him re-evaluate the role NCFA had played in promoting adoption. “If the wimpy Donaldson can out-adoption us, then what’s the point? It’s time for a change.”
“We want to be on the right side of history,” Johnson told the Daily Bastardette. He says the whole idea of confiscating children and then distributing them to the desperate and infertile and hiding the evidence always bothered him. ‘It’s downright Marxist,” Johnson declared. “Don’t’ expect somebody to make a kid for you. Either make your own or spend your money on a Lexus.”
Thrilled with NCFAA new mission, Johnson nevertheless worries that it might be pulled into another battle with deformers. “It will be interesting, for sure,” Johnson says,” for us to fight for bastard supremecy while deformers defend our old status quo.”
Johnson believes however, that NCFAA will win in the end. “If they are as incompent as they were in “opening” records then they’l l be just as incompetent in keeping them sealed.”
After the OBC question is settled, NCFAA plans to disband its infant adoption training program, shut down maternity homes and safe haven drop offs. “We realize we have a big job ahead of us, Johnson says, “but it’s the right thing to do.”