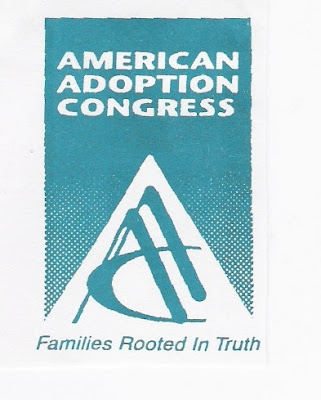 The American Adoption Congress (AAC) founded in 1978, is a national organization committed to adoption education and reform. Our membership includes adoptees, birth parents, adoptive parents, and adoption professionals across the Untied States and several foreign countries.

The AAC urges you to veto HB1830 for the same reasons that you vetoed HB133 in 2003. Although AAC supports the lifesaving intent of “safe haven” bills, we continue to oppose their passage.

All relinquished or abandoned children are entitled to the truth about themselves, including birth, histories, family medical histories, and social, ethnic and religious histories. Medical histories in particular are essential for the health of the children and their descendants. While HB1830 requires that the person leaving the newborn provide written information on the family medical history, it is unrealistic to expect a birth mother in a crisis pregnancy to do more than hurriedly leave the baby on the doorstep of the hospital or fire station and quickly leave the scene.

“Safe haven” bills are misguided because mothers who kill or abandon their children are so distraught that they are not likely to know or care about penalties and exemptions in a state’s criminal code. Recently a college student from a well-to-do family in Pennsylvania smothered her newborn son within minutes of his birth and drove for a week with the baby’s body in the trunk of her car Pennsylvania has a safe haven law on its books, but the birth mother was in such a state of denial that she did nothing to prepare for the birth of her child. Unfortunately, this is more the norm in most of these situations.

It is our understanding that there have been no reported cases of unsafe baby abandonment in Hawai’i since 1996. It this is indeed the case, there is no need for a “safe haven” bill in your state. As you wrote in your statement vetoing HB133, “In Hawaii the extended family is commonly recognized as an integral part of the nuclear family, and the Hawaiian cultural practice of open adoption called ‘hanai’ is still common practice. It violates the constitutional right to the free exercise of religion of an individual and a religious hospital that provides emergency care.” Hawaiian culture relating to the family should be embraced and preserved by all its citizens Passing HB 1830 disrespects that culture. AAC urges you to veto HB1830.