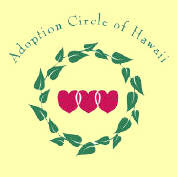 Re: Testimony in opposition to HB1830

HB 1830 does not effectively address the problem of child abandonment. Studies indicate that, in those states with “safe havens,” babies are still being dumped in trashcans. (1) Research indicates that women who discard or kill their newborns show they do so in a state of panic or fear, denying or concealing the pregnancy, usually experiencing labor and delivery alone. (2) Safe haven laws are not designed to affect the decisions and actions of these women because they are unlikely to be calm enough to consider dropping off their babies at a designated safe place; and they are not necessarily worried about being prosecuted. (3) Because we live on an island, the chances of the birth mother being seen by someone who knows her and her family are moderately high. After trying to conceal the pregnancy, would she really take a chance to be seen dropping her baby off or staying around to be identified?

has no history of such a problem. This bill is not necessary to “save” unwanted babies in . We have hanai and an existing state social services system also known as the Child Welfare System (CWS). “Project Cuddle”, a national program that is considered to be a successful, safe and legal alternative to the abandonment of infants, will soon be available in. “Project Cuddle” (a toll-free 24 hour,1-800 number) provides support and resources to the birth mother and baby such as helping with prenatal care, either supporting the mother to keep her child or find an adoptive family, finding an attorney, an obstetrician, hospital and social counselor. (4)

This law will, in fact, totally disrupt our rich cultural traditions of “ohana” and “hanai” that make our state and its people so unique. Though the bill tries to address the issue of stolen babies, because the bill insures “anonymity and confidentiality”, it creates a huge problem: the birth families’ lack of knowledge of the baby’s existence.
Birthfathers would be giving up their rights to a child without even knowing. Relatives would not have the opportunity to keep this child in the family. This would separate the child from its heritage (e.g., racial, ethnic, ancestral, medical, including prenatal, family, and genetic history). Given that we, in , are so proud of our ancestral background, be it Hawaiian, Japanese, or other ethnicities, to allow a child to grow up not knowing is a travesty of all we hold dear. This could constitute not only a theft of the infant’s identity but a real economic theft to those adoptees that are Hawaiian but cannot prove it. These adopted persons not only lose out on economic advantages but the Hawaiian people lose out on another generation who do not keep the culture alive.

While this bill may save a baby on a short-term basis, long-term survival of this child continues to be at stake. Even if the bill is conditional upon receiving medical history, it may only generate a snapshot of the young person’s medical history, with no way to update it as it changes in the future. This bill cannot even guarantee that the information, medical or otherwise, the person receiving the baby gets an accurate and truthful. So the baby’s medical status continues to hang in the balance. For these adoptees, the long-term, lifelong psychological impact of being abandoned and rejected in this manner, of lacking any information about themselves has been well documented in the mental health field. (5, 6)

As an organization that supports truth and openness in adoption, Adoption Circle of Hawai’i opposes this bill. ACH is a non-profit volunteer 501 c 3 organization that provides support to members of the adoption triad (adopted persons, birth parents, and adoptive parents) and educated the community about the lifelong impact of the adoption experience. SCH facilitates free support group meetings every 4th Sunday of the month at Harris United Methodist Church form 2-4 p.m. State lawmakers who want to learn more about the long-term consequences of this bill are encouraged to join us.

2 National Abandoned , 2004. Discarded infants and neonaticide: a review of the literature. of at .