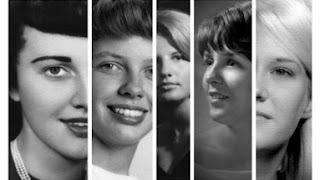 Back in January I wrote about Ohio adoptee Ann Fessler’s film A Girl Like Her,  based on her award winning book, The Girls Who Went Away.    At that time, I hoped the  the film would make it to Ohio.

Good news!  We are happy to announce that the A Girl Like Her will be shown at the Wexner Center, on the Ohio State University  campus in Columbus on November 27.   You can get more information here.

From the Wexner film page:

The powerful A Girl Like Her reveals the hidden history of over a million women who became pregnant in the 1950s and 60s and were banished to maternity homes where they would ultimately give up their children in forced adoptions. At a time when sex education was minimal, single women were often ostracized into enduring their pregnancies in shame-filled institutional isolation. The film allows us to hear heartbreaking stories directly from the women who lived them, combined with footage from educational films and newsreels from the time that reinforce the era’s perceptions of sex, “illegitimate” pregnancy, and adoption. (48 mins., video)

(view the trailer here.  I’m having a problem putting it directly on the blog)

Also scheduled is Fessler’s short, Cliff & Hazel (25 mins., video), “a humorous and poignant portrait of her adoptive parents that was supported through the Wexner Center’s Film/Video Studio Program”   A book signing will follow.

Event support provided by The Living Culture Initiative in the Department of Art and the OSU GLBT Alumni Society. Cosponsored by the Ohio Birthparent Group; Arts and Humanities and the Department of Women’s, Gender and Sexuality Studies in Ohio State’s College of Arts and Sciences; and the Women and Gender History Workshop.

Tickets are now available online at the Wexner above link..

I’m thrilled that the Wexner and OSU  is supporting Ann and her work.  For far too long academia and liberal feminists have  swept adoption and its repercussions under the rug of political correctness– bizarre sisterhood- is-powerful propaganda created to hide that adoption policy and practice has been and remains  inter- and intraclass exploitation of women by women.  Adoption, you see,  is just another way for women to”have children.” –and we should all celebrate the “choice” with criticism or politics.. (see my Open Letter to NOW for background.).

I’m really looking forward to seeing Ann once again and seeing the film.  Please join me at this important event! 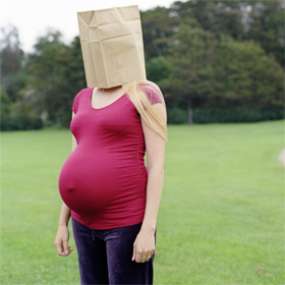