The votes are in! NCFA super agency Bethany Christian Services, is recipient of the 2009 Demons in Adoption Award!

Niels Hoogeveen, keeper of Pound Pup Legacy, connects lots of dots in the adoption industry cobweb in his award announcement. Please read the entire essay for a good explication of the enemy.

Here is what he writes specifically about Bethany:

Bethany Christian Services is also a prominent member of the Christian Alliance for Orphans, a coalition of Christian adoption agencies, foster care agencies, orphan care organizations and churches, supported by Campus Crusade for Christ and Focus on the Family. The Christian Alliance for Orphans and its programs Hope for orphans, Faces of the Forgotten, Cry of the Orphan and Orphan Sundays, aggressively market adoption through churches. Bethany Christian Services plays a major role in this movement, sponsoring training sessions to further spread the adoption gospel, motivating Christians to not only adopt children, but to adopt as many children as possible.

To generate the number of adoptable children for this market expansion, the term “orphan” has undergone serious inflation over the years. Its original meaning related to children whose parents had both died. Under the influence of Christian adoption, the word now relates to every child that either doesn’t live permanently with its family, or has lost at least one parent. This definition creates the illusion there are hundreds of millions of children screaming to be adopted, helping adoption agencies to expand their client base. In reality, the demand for adoptable children has for more than a century exceeded the supply of adoptable children. Therefore, the inflation of the term “orphan” has two effects, it generates more demand in an already overheated market and it puts pressure on policy makers to make adoption practices even more lenient than they already are, enlarging the pool of adoptable children.

Niels neglected one of my favorite Bethany stories. It’s about paps, but I think it’s appropriate here. This is taken from a long blog I started in 2005 and never finished, for reasons I can’t remember: 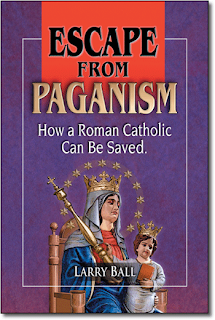 In July 2005 Big Dawg Bethany got its chimes rung when a Mississippi couple complained that the agency’s Jackson affiliate, run by the non-mainstream Presbyterian Church of America refused their application because the couple are Catholic and according to the Jacksonians, Catholicism conflicts with Bethany’s statement of faith required of all applicants. The national office squeezed Jackson, which suddenly re-evaluated its policy and decided that Catholics are indeed Christians.

For those who enjoy connecting the dots, the late D. James Kennedy’s Coral Ridge Ministries and by default, his political strong arm, (closed in 2007, but resurrected this summer), The Center for Reclaiming America for Christ, and the theocratic grassfire.net are affiliated with the PCA.

There were many worthy Demon candidates this year. Bastardette congratulates Pound Pup Legacy for organizing the vote. The people have spoken!