I’ve been curious about Jorge Puello since his name appeared about 10 days ago as the legal adviser for the New Lifers. Puello made a big splat on CNN when he complained about the severe conditions under which his clients were jailed: “No air conditioning! No Electricity! Very disturbing!”

According to news reports Puello was hired by Laura Silby’s church, Central Valley Baptist, after either the church or Laura Silsby and her gang rejected the attorney (or attorneys) recommended by American Consular Services. Puello, in turn, hired Haitian attorney Edwin Coq to represent the detainees, even though Coq speaks Creole and no English. What to make of that nonsense?

Last week, according to whose story you believe, Puello fired Coq, claiming that the Haitian had demanded a $60,000 fee and attempted to bribe the prisoners back to the US. Coq denied the accusation, and said he quit because the families back in Idaho never sent him the $60,000 he needed to take the case. Sources inside of Haiti who know Coq claim that he is an “honest young lawyer” and refused to believe Puello’s claim. Coq has complained to the press that Puello has ruined his reputation.

Over the weekend I spent quite a bit of time looking for information on Jorge Puello. I could find no listing for him as a Dominican attorney. What I did find was Puello Consulting/Abogados Consultores, operated by Jorge Puello and his brother Alejandro, located at Avenida Duarte 359, in Santo Domingo.

The company’s webpage, describes the firm:

Puello Consulting is a Firm of Attorneys, Notaries & Business Consultants that renders full legal services specialized in commercial, corporate and business fields providing the counseling with the “legal insight with business instinct” required for individuals and companies decision makers in the Dominican Republic or in other countries with Law Firms correspondents.

Established in 2005, has earned a solid reputation in successfully offering personalized professional services of the highest quality with a winning attitude and determination for customer satisfaction which has distinguished us in the legal and business marketplace.

Not a word about criminal law–domestic or international. And no word anywhere of how CVBC hooked up with Puello, and why it would hire what appears to be a civil law outsourcer with no criminal law section to take on a high profile international incident. It only got curiouser and curiouser with the hiring of Coq and the dust-up that followed. 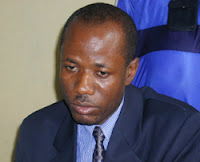 Bernard Saint-Vil, the presiding judge in the New Life case, is curious, too. According to the February 11, 2010 New York Times, he plans to open an inquiry into Puello’s activities after learning that police in El Salvador are investigating whether Puello heads a trafficking ring involving Central American and Caribbean women and girls.

Picking up from the NYT:

The head of the Salvadoran border police, Commissioner Jorge Callejas, said in a telephone interview that he was investigating accusations that a man with a Dominican passport that identified him as Jorge Anibal Torres Puello led a human trafficking ring that recruited Dominican women and under-age Nicaraguan girls by offering them jobs and then putting them to work as prostitutes in El Salvador.

Mr. Puello said he did not even have a passport. When Mr. Callejas was shown a photograph taken in Haiti of Mr. Puello, Mr. Callejas said he thought it showed the man he was seeking. He said he would try to arrest Mr. Puello on suspicion of luring women into prostitution and taking explicit photographs of them that were then posted on Internet sites. “It’s him, the same beard and face,” Mr. Callejas said in an interview on Thursday. “It has to be him.”

Judge Saint-Vil also said he thought that the photo of the trafficking suspect in a Salvadoran police file appeared to be the same man he had met in court. He said he intended to begin his own investigation into whether a trafficking suspect had been working with the Americans detained in Haiti.

“I was skeptical of him because he arrived with four bodyguards, and I have never seen that from a lawyer,” the judge said in an interview. “I plan to get to the bottom of this right away.”

The judge said he would request assistance from the Department of Homeland Security to look into Mr. Puello’s background. A spokesman for the department said American officials were playing a supporting role in the investigation surrounding the Americans, providing “investigative support as requested.”

That Puello, has no passport is an odd circumstance for a man who claims to have a large law practice with international commercial clients. In fact, there is some doubt if Puello is actually a lawyer. The NYT, verifying my own research, says that records in the College of Lawyers in the DR has no one with his name listed.

Again from the article:

Mr. Puello said he had a law license and was part of a 45-member law firm. But his office in Santo Domingo turned out to be a humble place, which could not possibly fit 45 lawyers. Mr. Puello’s brother Alejandro said that the firm had another office in the central business district, but he declined to provide an address. (NOTE: the article does not say if the “humble office” was located at Duarte or another location)

Mr. Puello said in the interview that he had been representing the Americans free of charge because he was a religious man who commiserated with their situation. “I’m president of the Sephardic Jewish community in the Dominican Republic,” he said. “I help people in this kind of situation. We’re not going to charge these people a dime.” 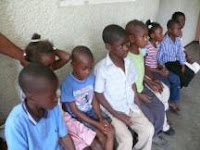 Even if Puello is found to be the wrong man in the Salvadoran investigation, there are still questions:

And, if Puello is the right man: