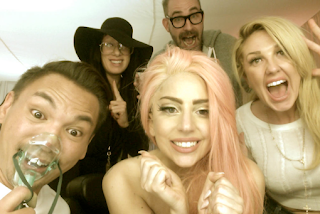 The results are in on Bastaradette’s Unscientific Who Got the Vote in AdoptionLand  Poll.  Not surprisingly Romney lost  to Obama by a landslide of  37-1. 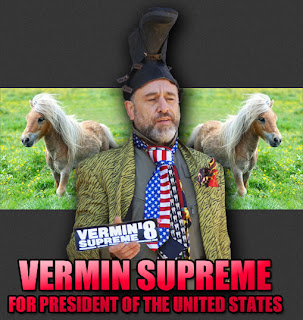 Interesting how Bastards and their Bios voted so closely.  The one adoptive parent vote for Romney skewed the percentages, but Obama still came out with a 72%  victory,  which I suppose means that adoptee rights advocates think Obama and  Democrats in their state legislatures are more bastard friendly than the Romney camp.  Hmm no! Dem and Repugs both hate us, but Dems in a kinder, gentler way. Of course, we already knew that Romney opposes OBC access of any kind and that when he was an of L-d-S bishop he forced at least one woman to throw her baby on  the mercy  of Adoption Inc–L-d-S Social Services Division..Despite my cynicism, my heart was warmed by  Vermin Supreme’s 10% vote  by  birthparents (tied with Green candidate Jill Stein) undoubtedly because  he promised  everyone in the US a  pony. Unfortunately,  adoptees  have wised up to those pony promises made by others, and followed their self interest elsewhere.  Believe me . Vermin would have delivered! I’ll write him this week and suggest he front the adopted class 6 million ponies right now .or at least set up an adpotee -pony registry to match up bastards and their personal ponies for 2016.

I wish there had been a way I could have made the poll open; that is, let readers write-in for whom they really wanted to vote for.  Obama and Romney weren’t exactly a “choice” for many of us.

Wonkette reports on a write-in campaign  in Georgia’s District  10 “race” in which incumbent self-proclaimed “witch finder” Paul Broun,  ran unopposed. Broun, an MD by trade, has publicly declared that everything he learned about evolution, embryology and  the Big Bang Theory  came “straight from the pit of hell.”  (Broun is a high-ranking member of the House Science Committee on which fellow nutbar Todd legitimate rape Akin sits.)   Over 4000 write-ins  for Charles Darwin were counted  in Broun’s district along  with dozens of other solutions to the  Congressman’s  personal dystopia  including Cthulu, Bart Simpson, Beyonce, Eleanor Roosevelt, Valdemort, Rufus Wainwright,  Iggy Pop, and my favorites, My Dog Charles, Any sentient being , and Burning Sack of Dog Shit.

I’ll keep the results of the poll up on the left side sidbar until the end of the month.

I’ll also send these poll results off to The Dems, Republicans, Greens, Libertarians and Vermin Supreme so they can better rig the ballot for 2016. If there is one.