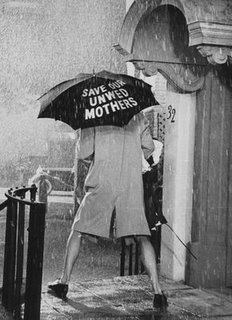 California there they went! Our girls are still on the run!

Carlos Rivera, the 18-year boyfriend of one of the desperados, says his girlfriend called him and an aunt about four days ago, and that the trio is probably in California. A news update posted a few hours ago claims that the New Hope van has been ditched in Cal, though no city was mentioned.

Gina Castro, mother of Rivera’s girlfriend, isn’t too happy with the handling of the case by American Fork Police Chief Lance Call. Call, she claims, won’t talk to her personally, preferring to let the unhappily frying panned, Jana Moody act as his sock puppet. Call defends his odd behavior claiming he simply wants to get along with Castro and the other parents. “Some people get very intimidated in talking to a police officer directly,” he assures. “If we can just keep this as cooperative as we can, we’ll be in a lot better shape for everyone.” Why Call believes the parents are uncooperative remains a mystery.

GINA CASTRO SPILLS HER BEANS:
Mother Castro now admits that Bad Daughter, didn’t really enjoy the scenic view from her New Hope cell (or maybe it was that red, white, and blue shower curtain that set her off) and… wanted to keep her baby. Imagine!

From the Provo Daily Herald:

Castro suspects that her daughter didn’t want to give her baby up for adoption, when friends and family members were telling her to. It may be one of the reasons why the girls decided to run…

Castro said she knew her 16-year-old daughter didn’t like being at New Hope. Far away from her friends and boyfriend, the girl didn’t like not being able call or e-mail them. That’s what her mother wanted, originally. That was my whole plan, trying to get her away from the whole elements in Chicago, going through a teen intervention program,” Castro said. “Now she’s in a worst position when she started.

Yeah, it really sucks. To save yourself from the embarrassment of a little bastard in the house, you incarcerate your nasty daughter in a Mormon Behavior Modification Camp cutting her off from her boyfriend and her entire support system. Now, because of your prissy self-esteem issues she’s charged with aggravated assault, stealing a vehicle, using the stolen credit card…and kidnapping!

Can Plymale & Associates be far behind? 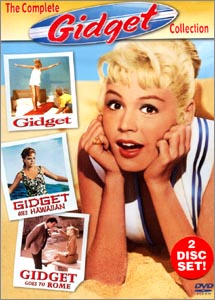 IT REALLY IS 1962!
The Provo Daily Herald claims that “pro-choice blogs” are running almost as wild as the maternity girls on the incident. Strangely enough, when I did a Google search tonight I saw little on the the other aisle–the anti-aborts–outside of a couple tongue gluckings over ungrateful girls. Perhaps they’re too busy marching through Washington to pay much attention to real– life women affected by their whacky agenda. Whatever…

Feministing, a feminist blogger Bastardette actually likes, has posted a short piece with a lot of good comments. One of the more surprising responses (though I don’t know why) is that so-called liberal and progressive feminists have no idea that maternity camps still exist. Did they think familial embarrassment and disapproval over an oopsed teenager went the way of white gloves and Gidget? As liberals they must have slept through Bushian fulminations snorting full-blown from the nose of Wade Horn (sample ) Marvin Olasky (sample), and the earlier rantings of Charles Murray, Michael Novak and the late Elizabeth Fox-Genovese (both). Shotgun marriages are also nice, though they tend to get in the way of maternity homes and generating product for the adoption industry. But then, we don’t live in a perfect world and fish are bound escape the net.

For FY 2002, the Bush administration proposed that $33 million in taxpayer dole be used to fund “maternity group homes” as a means to decrease abortion and increase the adoptee population. During the July 11, 2001 House Ways and Means Committee meeting, committee chair Bill Thomas explicated happily that the return of the maternity home movement was part of a greater program for federally funded abstinence education to rid the nation’s public school system of factual sex education. Thomas blamed contraceptive use on unplanned pregnancy.

This isn’t just about girls getting pregnant. This is about young boys impregnating girls. But because they teach about contraceptives, even though they teach heavily about abstinence and it is abstinence that is really serving them, they don’t get a dollar of Federal money. So I think we need to look more realistically. 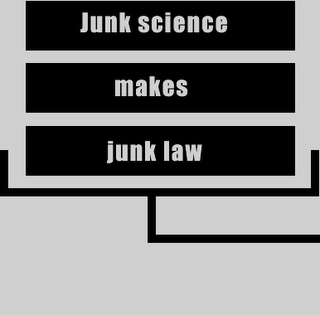 Of course, since then, the nuts have taken over the asylum as shown in the recent appointment of Eric Keroack to head the Department of Health and Human Services’ family-planning program and control Title X funds. Keroack, like Bill Thomas, believes that contraceptives increase the number of pregnancies. In fact, he calls contraception “demeaning” to women. Karoack also promotes the idiotic abortion-breast cancer link and holds the odd belief that multiple sex partners leads to an over-production of oxycotin hindering women’s ability to bond.

If the ice pick hasn’t been shoved deep enough into your eye socket, you might enjoy reading The Implementation of Maternity Group Home Programs: Serving Pregnant and Parenting Teens in a Residential Setting found on the Health and Human Services webpage. The writers of the report acknowledge the input of the late Greg Foltz, former NCFA board member and director of the anti-adoptee rights St. Andre Home in Maine. Gee, would he have an agenda? The report informs us that teenagers–well women in general–to receive the full benefits of maternity home life need to make a full 2-year commitment (what an appropriate word!) to their own incarceration. Whether New Hope demanded our girls–or rather their parents–commit to 2 years at their mountain retreat is not known. Two days would be too much. Sort of like spending your vacation in Minerva, Ohio.

I have no idea how much New Hope was sucking out of Gina Castro, but Feministing has a link to the costs of selected maternity homes that should blow your socks off. With that kind of money Bastardette could buy a new car–or a mom who can’t afford to keep her kid, could.

Here’s to our maternity girls.
Be safe.

At night we ride through mansions of glory in suicide machines
Sprung from cages out on highway 9,
Chrome wheeled, fuel injected and steppin out over the line
Baby this town rips the bones from your back
Its a death trap, its a suicide rap
We gotta get out while were young
`cause tramps like us, baby we were born to run