The other day, the ever eagle-eyed Claud D’Arcy found a website, U Are a Gift, that is truly beyond words.  If I didn’t now better, I’d think that U Are a Gift, with its bizarre pictures of gift wrapped pregos, is a parody page. After one gets over the trauma of puerile aesthetics (Ad Busters take note!), one can only wonder who would take this site seriously.  The average 12-year old, with no prompting from any of us, should figure out quickly that U Are a Gift is somebody’s fantasy in pink.

….in the executive search business for 20 years. In my business I have always created opportunities for people and not allowed them to miss out on them because of fear.

U Are a Gift and its paravenu keeper are clearly about abortion and arguments to forgo it. Adoption isn’t mandatory, but it’s the “unselfish” and “responsible” choice elevating you from emotional trainwreck and poverty  to gift and gift giver.  If Steve Jobs hadn’t been adopted, YOU wouldn’t have an iPod or an iPad. Do you have the right to deny the world cool communication gizmos? 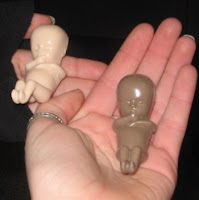 The site contains sketchy information about abortion and  links to the anti-abortion “information”site,”  abortionfacts.com operated by  Heritage House, a  Christian fundamentalist promotional merchandiser  that sells  “teaching tools” such as the ever-popular pocket pal–life-size fetal models, in white or brown/Spanish, to use as awesome conversation starters in places like airplanes or supermarket lines where anti-abortion zealots can captivate a captive audience. Heritage House, of course, links to all sorts of “resource pages” owned by its small circle of friends, in this case Catholic anti-abortion enthusiasts.

U Are a Gift through abortionfacts.com, for instance links to the largely unknown -to-the -public but influential   “family-values”  Elliot Institute (or afterabortion.org   or abortion: the unchoice), which advertises itself as “supporting the natural family..” Don’t get excited!  It’s not what you think.  “Natural family,” to the Elliot is the hetero married couple/bio or adopted-childed paradigm that needs legal protection from queers, sluts, their irresponsible paramours, and abortionists. Born again bastards  (that is, those re-imaged by adoption), are welcome.naturally as long as we’re not too dodgy and don’t demand the return of our stolen identities and birth certificates (aka destroy adoption, the Constitution, Christianity, and The Family.). 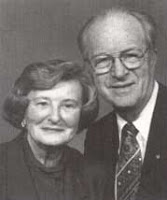 abortionfacts.com  links to dubious adoption resources,  including the wit and wisdom of Ohio  fundamentalist Catholic crackpot and sealed records king of coolness, Dr. John Wlike (and his wife)  who tell us, among other “facts” that Roe v Wade has made it the “in thing” for unmarried women to keep their babies.

It’s also the “in thing” (though Willke doesn’t use that  term since bastards should never be “in” anything but a happy yard surrounded by a high white picket fence) for adoptees  to let themselves be brainwashed into thinking they want their OBCs.  The truth according, to the Willkes, is that ‘we’re just  the pathetic dupes of abortion industry agitprop that’s manipulating our ungrateful dysfunctions and spoiled feelings of entitlement, as a cat’s paw to murder millions of baybees for fun an profit.  Here’s what Willke and the Mrs, who for decades  have headed the opposition to adoptee rights in Ohio, have to say about OBC access and those who advocate it  (my emphasis)

What of open records?
This is different. Today there are groups aggressively seeking to pass laws to unilaterally and retroactively open previously sealed records. Increasingly, pro-life people regard such search groups as pro-abortion and anti-adoption and have opposed such efforts. A high percentage of young mothers, in years past, placed their babies in adoptive homes only because the law guaranteed a seal of confidentiality on that adoption. Today, many of these generous women are terrified that this confidentiality will be stripped away. The fair and compassionate answer is a mutual consent registry.

U Are a Gift’s front page carries  a pink header– “The Big Bang”– we hope it grows a URL someday — that refers profanus, to the moment of conception. This artful metaphor relates nicely to Dr. Willke’s description, delivered before an Ohio House Health Committee hearing  in 2006,  which I covered for the Columbus Free Press, of conception as “an ant piercing a basketball.”

U Are a Gift promotes the Option Line crisis pregnancy hotline, operated jointly by Heartbeat International and CareNet, two of the largest CPC (crisis pregnancy centers)  franchises  in the world. Care Net’s former CEO, Rev. Curtis J Young, is the author of the notorious adoption marketing instructional,  The Missing Piece: Adoption Counseling in Pregnancy Resource Centers,  published by the Family Research Council.. When  Bill Pierce was alive the book was promoted by the National Council for Adoption, which seems now to have quietly  and rightly retired it.  The book, appears to inspire Carol’s entrepreneurial spirit, (or whatever she is up to), and is available in hard copy for $3.00 on the FRC site and can be downloaded for free from Heartbeat International.

Since  the Option Line phone number is listed on hundreds of CPC sites, it’s doubtful that there is any direct connection between Option Line and U Are a Gift.  To be honest, if we were Option  Line we’d  be embarrassed by Gift and demand Carol remove our phone number. Or wonder if Carol were a stealth pro-abort seeking to undermine our anti-abortion mission through satire..We can imagine how the puritanical Dr .Willke would respond to the salacious photo shopped imagine of a gift-wrapped baby bump  (or rather basketball) posted on the U Are a Gift front page.

We still don’t  understand the purpose of the U Are a Gift page. There are hundreds of similar pages that don’t insult (exactly), and graphically  exploit their target audience– (lower age) teen women,  the unsophisticated, and uninformed,–the kind who used to show up regularly on Maury Povich.  The site is clearly intended to persuade frightened young women that they are God’s chosen vessel,  but “adoption,” “resources” and “movement.” (whatever that is) tabs are under construction, and so far devoid of information..  This brings up the question of why U Are a Gift  is live when mostly unfinished. We hope Carol  runs  her head  hunter company better than this.

After I wrote this log I looked a little deeper into Carol.  I learned that her full name is Carol Brymm and that she lives in Dallas, At least the Gift phone number is in the Dallas area.  She says she currently lives in Austin. . For what it’s worth, I’m leaving off some personal information for privacy’s sake.

According to Brymm’s  public Linked-in profile, which includes the same picture of  her that appears on U Are a Gift,  she operates CB Legal Search, LCC. (no viable webpage, but lots  of aggregates) in Houston.  She describes herself as an “expert at locating unique hard to-find individuals that are at the top of their field for unique positions.” According to Texas news outlets, in March 2011 Brymm walked away with (or at least was awarded)  a cool $350,000 and legal fees when a Los Angeles law firm rejected 10 lawyers she recruited for it, then turned around and hired them behind her back without signing her recruiting contract.

Brymm  posts her phone number headed with the awkwardly worded: “If you need to contact you are a gift about stories…”    The main purpose of U Are a Gift is probably to decrease abortion, but Byrmm’s self-described skills posted on Linked-in as “an expert in locating unique hard-to-find individuals” for placement sounds perfect for another kind of headhunting and placement.. If you can recruit lawyers and law firms, you can recruit young women and “desperate” paps. Unless things have changed recently, Texas law prohibits adoption facilitation, but oddly, it is not illegal to use an adoption facilitator. I’ll leave that one up to the legislature to suss out. 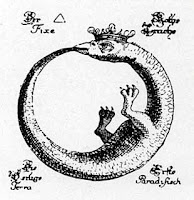 Writing this blog has been much ado about nothing, and I can’t believe I spent as much time as I did on it.

And as I said at the top, I can’t imagine anyone over the age of 12 taking U Are a Gift seriously. The page is silly, and insulting, but also disturbing. I can’t remember any adoption related homepage that so commodifies women and girls and preps them for the commercial market. . The woman holding the be-ribboned baby bump, has no head. You =  the female body = pregnancy = child = value =  gift = You.. A false ourborhetorical conceit.  Gift exploits unplanned pregnancy, framing  it as an altruistic, self-fulfilling,  if not  “fun”  experience.  The Gladney Girls hanging out at the pool look downright dour next to Gift’s Gift girls.

And where are the dads in all this?.

Just who or what is the gift?  The pregnant woman is told she’s a gift, but clearly, she’s a transient gift of value only in that she is the conduit for the child she will deliver.  If she surrenders, she is the gift giver and the gift, the sacrificer and the sacrifice, just as the child is in going to its God-intended parents. U Are a Gift, disconnects the pregnant woman seeking help and support, from her body, her intellect, her emotions–and in the case of adoption, her baby.. It pumps her up with false esteem and gratitude of service. And this is very dangerous for her and her child, whether kept or adopted.

Finally, U Are a Gift is a small, and probably unimportant  illustration of the incestuous world of abortion and adoption–formal and informal– perpetuating the myth that adoption is a reproductive right, when, in fact, it is social policy by statute.

3 Replies to “U Are a Gift: The Commodification of the Female Body on a Very Bad Website. Your value is in your Unplanned Pregnancy”