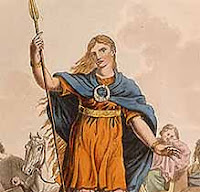 Reproductive libery in Ohio is currently under attack by well-funded national and local organizations and individuals.  They’ve had a lot of bills in the legislatlure this year, including Janet Folger Porter and Jack Willke’s Heartbeat bill , which would virtually outlaw abortion in Ohio.  Leggies  goobbled up even if it is unconstitutional. and will hit the courts the day it’s signed.  IF is the operative world.  I’ll write more about the bill at a later date.

For the non-initiated, Folger Porter and Willke are the chief reason original birth certificates remain sealed in Ohio, another topic I’ll be writing about..

We also have Dr. Patrick Johnston organizing the attempt to get a Personhood Amendment on the November 2012 ballot. .

While not exactly about adoption, the usual suspects beyond Folger Porter and Willke,  are involved in these schemes, but not particularly together. Wingnuts don’t always get along with each other.  In fact, the Heartbeat bill has split Ohio Right to Life (more on that later, too).

As some of you know I have several blogs. One of them, Theoconia: a Central Ohio Theocon Report, is not related directly to adoption, though sometimes it  is. I’ve been away from Theocnia for awhile, but I’m back  blggoing and covering my regular  theocrat beat with the Columbus Free Press.   My  recent Ohio Right to Life entry was cross-posted here from Theoconia and also appears in the FP.

I have no desire to turn The  Daily Bastardette into a repro forum, but if you’d like to see what’s happening in Ohio with our Christian Domionists, please go over to Theoconia and take a look.  You may also find it helpful if you’ve got these people working the legislature in your state ,too. Don’t depend on MSM for accurate coverage.  They don’t get  it. 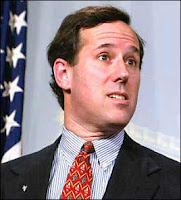 This afternoon I put up a new Theoconia blog::  Rick Santorum Has Problems with Contraception; What Theocrats think about birth conrol.  Since it’s not directly adoption related, I’m keeping it on Theoconia for now, but if you’re so moved , please check it out.  You can also check on Theoconia’s status in my leflt sidebar under “My Other Blogs. And, comments always encouraged.