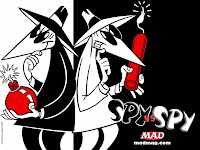 OK. We have officially entered the Weird World of Torry Hansen.

The Tennessean reports that back in 2006, Torry Hansen and a former neighbor Robert Abbott engaged in what it calls a “bizarre feud.”

The paper doesn’t give us the run-up, but reports that at 4:19 AM October 7, 2006, Hansen called the cops on Abbott complaining he was on her property. He was arrested and charged with criminal trespassing. The charges were dropped later. At the time, Hansen was sharing a home in Chapel Hill with her parents, sister, and a young boy, who I assume is Logan.

Sheriff Randall Boyce, currently investigating Artem’s case, says he has a vague recollection of the feud:

I remember they were putting cameras on each other.

Cameras on each other?

Fredia Smith, who purchased the 4,300-square-foot Chapel Hill home and 30 acres from the Hansens in 2007 remembers visible evidence of the feud well.

She keeps a picture of a trailer Hansen painted neon orange, green and purple and placed near the road, apparently to irritate her neighbors. It was loaded with video equipment and sensor-activated lighting facing the Abbott’s house. The Hansens insisted on keeping the parcel of land it sat on out of the sale.

“It was like — whoo! — football stadium lights all of sudden in front of their house,” Smith said. “I thought it was kind of odd that they would not even think about selling that piece of property to me and they insisted on having that trailer there.”

Smith finally told the Hansens she would not buy the property if the trailer was not painted a solid color or removed. They removed it months later, she said.

Did this show up in the home study?

Oh! I almost forgot. Hansen’s lawyer Trisha Henegar… She was Robert Abbott’s lawyer back then.

19 Replies to “THE WEIRD WORLD OF TORRY HANSEN: AN INCIDENT”