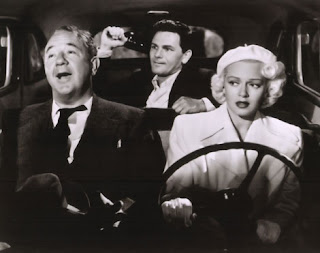 Here are the lyrics to two songs reportedly played to teenage girls in L-d-S youth groups. Obviously the church expects girls to go bad and is pre-empting the expected fruit of the womb crisis.

The first song, From God’s Arms to My Arms… is just plain traditionally bad. You know, like the bad adoption poetry on adoption.com (Actually, it appears there.) The song makes Butterfly Kisses sound like Mozart’s Requiem.

With so many wrong decisions in my past, I’m not quite sure
If I can ever hope to trust my judgment anymore.
But lately I’ve been thinking, ’cause it’s all I’ve had to do.
And in my heart I feel that I should give this child to you. 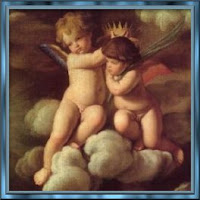 (Chorus:)
And maybe you can tell your baby,
When you love him so, that he’s been loved before;
By someone who delivered your son
From God’s arms, to my arms, to yours.

If you choose to tell him, and if he wants to know,
How the one who gave him life could bear to let him go;
Just tell him there were sleepless nights; I prayed and paced the floors
And knew the only peace I’d find is if this child was yours.

Now I know that you don’t have to do this,
But could you kiss him once for me
The first time that he ties his shoes, or falls and skins his knee?
And could you hold him twice as long when he makes his mistakes,
And tell him that he’s not alone, sometimes that’s all it takes.
I know how much he’ll ache.

This may not be the answer for another girl like me;
But I’m not on a soapbox saying how we all should be.
I’m just trusting in my feelings and I’m trusting God above,
And I’m trusting you can give this baby
Both his mothers’ love.

BONUS 1:
Here is a video of Marie Osmond, holding a Marie Osmond doll holding a baby doll of her own, singing From God’s Arms… The audience weeps and hugs.

EARTHLY ANGELS
The second song Delivery is a true piece of Mormon kitsch. I particularly appreciate the imagery of “birth mothers” as “earthly angels” acting as postmen delivering babies from heaven. Gee, all Bastardette gets in the mail are bills and fliers from KFC.

Though bastards traditionally have been rumored to have unearthly fathers from above (Helen, Hercules, Thor, Jesus), this is the closest I’ve seen the adoption industry actually compare generic bastards to Jesus. Metaphorically, of course

She was only seventeen and she knew she couldn’t keep him
But at that very moment she wished that she could try
He was sleeping in her arms with his hand around her finger
When a woman came and told her it was time to say goodbye
So she wrapped him in a blanket as her tears fell on his head
And she sent him with a letter, and this is what it said;

“I delivered you from Heaven, from God’s gentle loving care
And I’ve entrusted you to mortals who have wished and prayed you there
They will be your earthly parents
Listen well to what they say
So they can deliver you back to Heaven
And I’ll meet you there someday”

One day a few weeks later someone gave her a letter
And as she read the words she had to wipe the tears away
It said, “We don’t know how to thank you
There are things that words can’t say
He’s the sunshine and the happiness that brightens all our days
And we couldn’t live without him, and we love him as our own
He has filled the empty spaces in our family and our home

You delivered him from Heaven, something only you could do
And you have trusted us to love him and to teach him what is true
You have been our earthly angel
And I hope you know we pray
That we can deliver him back to Heaven
And that we’ll meet you there someday

And even though you may not get to hold him for a while
A piece of you will be with him
Every time he smiles
And when he looks at his reflection, he’ll see traces of the face
Of the one who made the sacrifice to send him to this place

Last night we read a story of a man who had a son
Who was from a different father, but he loved him as his own
And as he laid Him in a manger there were angels that were singing
And he knew that as a father he would never be alone
There are times we feel like Joseph
We need help from up above
And when you gave your son, you showed that father’s kind of love

BONUS 2:
Here is an L-d-S adoption video called Online featuring two teenage girls picking out a Forever Family on the Internet. It’s “very cute” that the couple loves children. What did the girls expect the breathlessly waiting couple to say? We want your newborn for a blood sacrifice to the Great Goat God?

BONUS 3 IF YOU ACT NOW:
An entire page of L-d-S video and audio adoption PSAs from the L-d-S It’s About Love page to help you make the loving choice. I had trouble getting the video, but the audio for all of them works fine. WARNING: after listening to a few of these helpful messages you might want to stick a screwdriver in your ear. 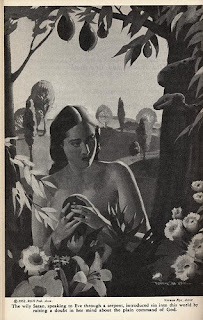 No mention anywhere, though, that L-d-S Social Services is a major practitioner of adoption secrecy and promoter of sealed records in the US or that they’ll soon have more lawsuits against them than the asbestos industry. What difference does it make anyway? Once we’re all dead we can make an obligatory visit to thank mom for her special delivery before we run along with our sealed parents to that heavenly ward in the sky.

Meantime, the earthly angel and her godlet must never know the other exists. For Mormon bosses and their bishops, the postman–or should I say postwoman–doesn’t ring twice.