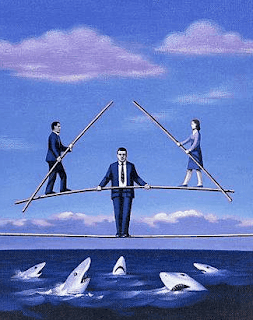 I thought readers might be interested to know why proponents California’s “safe surrender” law oppose the expansion of time in which a “desperate parent” can drop off a baby from 3 to 7 days (or beyond). It’s probably too much to hope for, but perhaps some of California’s foremost safe haven boosters see where this is going, and don’t want any part of it–like Nebraska’s new law which permits anyone to anonymously drop off a child of any age.

Inquiring minds want to know where kitchen table “safe haven” organizations stand on the California and Ohio expansion bills, and certainly what the National Safe Haven Alliance and NCFA thinks about them–if anything. I’ve found no commentary from pushers on expansion.

Below is a revised copy of “The California Lesson” which I attached to my May 13 opposition testimony before the Ohio Senate Health, Human Resources, and Aging Committee. (see Bastardette, May 16). which gives extensive quotes from The Opposition Party.

California’s Safely Surrendered Baby Act is very similar to Ohio’s Deserted Infant Act. It includes a 72-hour limit on the age that babies can be abandoned legally. In 2006 and 2007, legislators in California attempted to expand that state’s safe haven law from 1 year then 30 days and finally down to 7 days and have not succeeded. (AB 1873 and AB 81). Even though bills passed both Houses with substantial majorities, they were vetoed by Governor Arnold Schwarzenegger. Petrnnisl sponsor, Alberto Toricco, recently introduced AB 2262, a re-hash of last year’s bill. It is now in the suspension file.

California’s law was carefully crafted to balance the creation of a safe surrender option while preserving the rights of children. The current 72-hour period contained in law allows for a no-questions-asked safe surrender of a newborn, and is supported by research and statistics which indicate that most neonaticide occurs within the first day. Experts have raised concerns that instead of improving child safety, increasing the time that a baby may be surrendered from 72 hours will put newborns in greater risk by keeping them in an unsafe environment without proper care and supervision.

The governor’s statements are based on the testimony of some of California’s staunchest safe haven advocates who believe that any expansion of the law is harmful to children and changes the intent and meaning of the law.

Amongst those opposing expansion are safe haven activists, LA County Supervisor Don Knabe (later joined by the entire LA County Board of Supervisors) and Debbie Farris-Cifelli, author of the original California Safely Surrender Baby Act, and founder and director of the discarded baby cemetery, Garden of Angels. They are joined by the Los Angeles Inter-Agency Council on Child Abuse and Neglect (ICAN), California Right to Life Committee, California Right to Life Advocates, California State Association of Counties, the County Welfare Directors Association of California, and the Los Angeles District Attorney’ Office.

SELECTED COMMENTS BY SAFE HAVEN OPPONENTS TO THE EXPANSION OF THE SAFE HAVEN TIME FRAME
Although I do not agree with sentiments about the usefulness of safe haven laws, opponents are correct that expansion of the time frame moves safe haven intent from a so-called emergency measure to “save newborns” to an convenient way for parents to surrender their children.

Press Release, March 13, 2007
“Extending this window from 72 hours to 30 days will create serious medical issues,” said Supervisor Knabe, who championed the formation of Safe Surrender, the Los Angeles County version of the Safe Haven Program, over six years ago.

Access to quality medical care in the first hours of life is an absolutely critical component that could be placed in jeopardy if this legislation goes through as is,” said Knabe. “Many infants who are safely surrendered have received no prenatal care or medical care at all – services that are critical for these newborns to receive in the first hours after birth. The 72 hour window works, and we have extensive research to prove it. There is no data showing that an extension to 30 days proposed in Assemblyman Torrico’s legislation would improve this successful program. That is a risk we simply cannot afford.” (also in October 1, 2006 press release)

Press Release: February 22, 2008
“This was an unnecessary bill the first two times, and it remains unnecessary,” said Supervisor Knabe, who championed the Safe Surrender Program, the Los Angeles County version of the Safe Haven Program, over six years ago. “There is no data showing that an extension to the 7 days proposed in Assemblyman Tericco’s legislation would improve this successful program, and we cannot allow an arbitrary number with no scientific basis to compromise the safety of these babies. The only window that has irrefutable evidence is the 72 hours, and changing it is a risk that we simply cannot afford. I vow to fight this bill every step along the way.”

DEBI FARIS-CIFELLI, founder, Garden of Angels
Scripts Howard New Service, January, 2007 (no specific date–probably January 15)
Faris-Cifelli said that (72 hours) is enough time to help women “in crisis” who are so desperate to keep their infants a secret that they kill their newborns or throw them away. She is urging the governor to veto Assembly Bill 1873…

Faris-Cifelli said infants left with unwilling mothers for up to 30 days could be abused or neglected, or abusers could use the law to hide their identities by dropping off babies after the visible signs of violence have faded.

“I want that child to be placed in safe arms–not in a dangerous situation out there where he or she can die or be neglected or abused, “she said. No child deserves that.”…

Faris-Cefellli said none of the newborns buried in the Calimesa cemetery she founded, the Garden of Angels, was born in a hospital. She also said the coroners’ reports found 95 percent of the babies in the Garden of Angels died within their first 24 hours.

And in alphabetical order:

CALIFORNIA RIGHT TO LIFE ADVOCATES
Bill analysis, February 28, 2007
AB 81, Alberto Torrico, Child Protection-Safe Surrender. Amends the original legislation which allowed surrender of a newborn infant up to 72 hours after birth, to an extended time of 7 days after birth. The original AB 81 stipulated 30 days following birth. While this is a much more acceptable bill this changes the purpose of the bill from one of saving a life from imminent death at fear of discovery following birth to one of protecting a parent from child abuse charges when he/she surrenders a child with whom the parents grew tired of playing house.

CALIFORNIA RIGHT TO LIFE COMMITTEE
Senate Judiciary Committee Analysis
(for June 26, 2007 hearing)
CRLC “advocates respect for life of the newborn child and is concerned that this extension of time [to 30 days] does not advance respect for life of the newborn but could actually jeopardize it. Therefore, CRLC must oppose [the bill] unless the 72 hour period is maintained.

COUNTY WELFARE DIRECTORS ASSOCIATION OF CALIFORNIA
Senate Judiciary Committee Analysis
(for June 26, 2007 hearing)
We oppose the 30-day period proposed by the bill because it is not supported by research on baby abandonment, would run counter to the policy of anonymity for women who surrender their babies, and would bypass more appropriate existing methods for helping parents whose babies are older than a few days?

The overarching policy of anonymity for women who surrender their babies under the current law would be compromised by the time a child is more than a few days old. It is unrealistic to believe that a woman could or would give birth to a child, hide its existence for 30 days, and only then decide to surrender the baby. Instead, statistics bear this out, as 95 percent of babies killed during the first week of life are not born in hospitals, while only 8 percent of babies fled later in life are born outside hospitals.

LOS ANGELES COUNTY BOARD OF SUPERVISORS
Senate Judiciary Committee Analysis
(for June 26, 2007 hearing)
… opposes AB 81 unless it is amended to remove the 30 day surrender, for essentially the same reasons set forth by CWDA.

Assembly Committiee of Appropriations
(for April 16, 2008 hearing)
According to the L.A. County Board of Supervisors:
Los Angeles County has been at the forefront of implementingthe Safe Surrender Law, with over 60 babies safely surrendered since its enactment in 2002. The County has had four newborns safely surrendered since January 2008. While the County remains committed to the safety and well-being of newborns, it believes that the current law regarding the 72-hour age
limitation is appropriate, and that is should not be expanded. he concept behind this law is to protect newborns by allowing their birth mothers to surrender the baby at a designated,
safe location rather than abandoning the infant in an unsafe environment, which could result in the baby’s death.”

LOS ANGELES COUNTY DISTRICT ATTORNEY
Senate Judiciary Committee Analysis
(for June 26, 2007 hearing)
AB 81 is well-intentioned; this bill is unnecessary and could result in child abusers escaping arrest and prosecution. Under the current surrender law, the person dropping off the infant is not required to disclose his or her identity to disclose any medical information. The person is also given immunity from criminal prosecution for child abandonment. While we believe that this extreme remedy is justified during the brief window when most homicides occur [the first 24 hours of life], an expansion of the period to 30 days is ill-advised. We
are concerned about the following unintended consequences:

1. If it is later discovered that the child has been physically or sexually abused, it will be difficult, if not impossible to track the anonymous person who delivered the child to the safe surrender location. The longer the period of so-called “safe surrender,” the greater the risk that this remedy will be misused by some to escape responsibility for child abuse. Unfortunately, these same individuals are likely to abuse other children.

2. There will be an increasing number of children in foster care or adoption who will lack a medical history. This could be detrimental, even fatal, in future years.

3. Fathers and other family members who may otherwise have been willing to care for the child, will have no way of knowing that the child has been “safely surrendered.” The child will then lose the opportunity to be reared by his or her parent or family member.

4. The “safely surrendered child” will become a ward of the state with no known parent to pay child support. Not all will be adopted”

While the above consequences are, on balance, justified during the 72-hour window when almost all infant homicides occur, it is not necessary thereafter.”

LOS ANGELES INTER-AGENCY COUNCIL ON CHILD ABUSE AND NEGLECT (ICAN)
Bill analysis, Assembly Committee on Judiciary
(for March 27, 2007 hearing)
ICAN adds that extending the time for surrender could potentially extend the time that a child is at risk “by delaying the intervention of professionals who can help parents and develop a plan for their child in a safe and caring manner.”