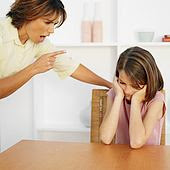 Now that the election is over, one of the most chilling prospects of the future administration is the president-elect’s determination to sign the “Freedom of Choice Act” (FOCA). The implications of this – both financial and moral – are staggering, for it means our tax dollars may be used to snuff out the lives of millions of children. To be truly pro-life, then, is to seek ways to ensure that the need for abortion is eliminated, as far as we are able to do this.

Of course, one of the ways to eliminate abortion, Mrs. Sexton tells us, is to force the adoption option on women who either don’t want to be pregnant to start with, or are willing to be pregnant for somebody else if they can pretend later they never were.

The situation would be dire enough … Now grass roots, anti-adoption advocacy groups such as “Bastard Nation” and “Adoption: Legalized Ties” are seeking to discourage adoption, choosing rather to advocate for disgruntled adult adoptees and “natural parents,” including those whose children were taken from them because of abuse and neglect.

According to her, these three organizations, who have nothing to do with one another, along with prominent adoption ethicist, therapist and award winning author Joanne Small (Adoption Mystique) are running our own little private war against women!

Under the “Unsealed Initiative,” adult adoptees and others are lobbying government agencies in New York and other states (successfully, in Toronto) to release sealed birth records in order to gain access to the identities of birth parents who may not desire contact, and who were promised anonymity upon relinquishment. In the minds of the adult adoptees, the “best interest of the child” trumps all – when in fact the “child” is no longer a child, but an adult whose “right to know” is no more important than the other party’s right to privacy.

This growing trend is even more alarming, given the unabashed pro-abortion stance of the Obama administration. Women in crisis pregnancies who are considering adoption may have second thoughts when faced with the very real possibility that their “past” may come knocking on their door twenty or thirty years hence, disrupting their lives with demands and recriminations. Unless the records are truly sealed with a “suite lock” – one that can be opened only by mutual consent – the real danger is that these “unwanted” children will simply be aborted.

You can read the rest of this silly stuff yourself. 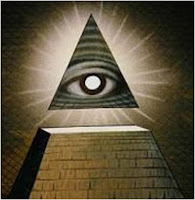 OK I fess up! Bastard Nation, Adoption: Legalized Lies, Unsealed Initiative and Joanne Small are the misogynist leaders of the ultra secret International Abortion Conspiracy just to spite the American adoption industry and keep it begging at heaven’s door. We’re building an army of disgruntled adoptees and “natural parents” (Why the quotes? That’s what they are. Look it up in the dictionary) to kidnap the Catholic Bishops, shoot agency owners, frog march secret “birthmothers” into re-education camps, turn Gladney into a therapy center for the genetically bewildered, and force abortion on every female between the age of 12-49 (to be performed in Catholic hospitals, of course!) just to run adoption agencies out of business. We already got Obama elected and he’s about to bring on an era of mandatory fetus snuffing to stop adoption. No matter that during the Saddleback TV debate he endorsed a PEPFAR-type scheme for adoption. Are we evil or what?

Unfortunately, those who believe that adopted persons should be satisfied with our stigmatized second class status, should shut up about our lack of birth records, identity, history, and and be grateful we weren’t tossed in a dumpster, smear us with the labels “anti-adoption,””disgruntled,” “dysfunctional”–even mentally or emotionally disturbed. Rationality, justice and truth mean nothing to them.

By trying to smear us, they show their true nature. They, like Mrs. Saxton, see something inherently wrong with adoptee equality, truth in adoption…and ultimately us. Adoption is shameful. Adoptees are shameful. First families are shameful. They project their own doubts and dislikes and prejudices on to us. But we ARE adoption, which begs the question…

27 Replies to “THE ANTI-ADOPTION CONSPIRACY: "DISGRUNTED ADOPTEES" AND "NATURAL MOTHERS" ARE SPOILING THE FUN”