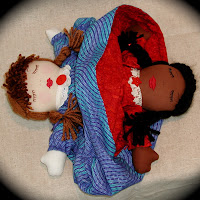 November NaBloPoMo is coming to the end, and boy am I glad! I had planned to write some dynamite posts this month, but the task of writing every day (it takes 8-12 hours for me to write one blog usually) just wore me out and my life, such as it is, was put on hold. At the moment my house is a pigsty and both ears are plugged shut with a sinus infection that’s out of control. I am sick of National Adoption Awareness Month and it’s MSM cotton candy puff pieces, fat cat celebrations, and deformers selling our rights up the creek. I don’t remember when I’ve been so sick of adoption as I am tonight.

So, I planned originally to write a short Goodbye NAAM blog, until Jean Strauss’s Absurd Dilemmas Caused by Secrets in Closed Adoptions showed up in Huffington Post this afternoon. (Please someone, tell me how does one become a HuffPo blogger!) Here’s my rush job.

Benedict Bastard Strauss, who rode into California on her white horse and skeeved out on her ass,( here and California Adoption Reform sidebar) frames her HuffPo essay around the fallacious claim that original birth certificate access is about getting medical histories for adoptees. She rattles on about “birthmother” privacy, too. Neither of which has anything to do with the civil and human right of every person to receive their government produced birth certificate without state or third person restriction. Strauss conflates sealed records with closed adoption. Taking a cue from Sara Feigenholtz, she cooks the books claiming that 10 states, not 6, acknowledge the right of its bastards to their own original birth certificates. The first paragraph alone should disqualify Strauss from the debate

How angry would you be if the government had personal information about you — but wouldn’t let you see it? Many adult adoptees can relate to this experience — forty states still withhold their original birth certificates from them. The secrets inherent in closed adoptions can create a lifetime of frustration and feelings of being second-class citizens — and can also create absurd dilemmas.

For most of the next 10 paragraphs Strauss continues to conflate issues and confuse the reader as she pimps the current New Jersey A1406/S799, the latest bill in the 30 year attempt to get something passed over the heads of Catholic Bishops and liberal do-gooders. Worst amongst Strauss’ sins is her confusion and misrepresentation of the disclosure veto, the contact veto, and in the case of New Jersey, the misnamed and misrepresented contact preference form (cpf). Who wrote this bill?
I’m surprised that such a proficient writer as Jean Strauss is so fuzzy on this. But, maybe she doesn’t want to be clear, since she and her New Jersey cohorts are so desperate to get A1406/S799 passed and signed by Gov. Christie this session that they don’t care how they fuzz the facts, creatively interpret the bill, and sell their integrity and the birthright Class Bastard for their a deformist 15 minutes.
Strauss writes:
Oregon, New Hampshire and Maine (she left out Alabama; Kansas and Alaska have no such provisions) allow birthparents to file ‘no consent’ forms where they can stipulate their desires regarding contact. The number of birthparents who file such documents is infinitesimal. For example, in New Hampshire, where adoptees have had access since 2005, with over 24,000 sealed records on file only 12 birthparents have requested ‘no contact’. 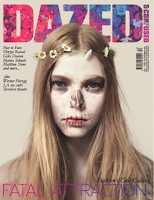 Now, let me correct Strauss:
There is no such thing as a “no consent” (to what?) form in any free state that gives adoptees unrestricted access to their records without forcing them to play Mother May I and Ring Around the Bureaucrat. BTW, what are those other four states noted in the intro?
And explain to her that a preference is not a veto!
The contact preference form permits a first parent to express his or her wishes concerning contact and does not place a condition on access or criminalize an adoptee unfairly; that is, no matter what the preference the adoptee will receive the obc. The cpf does not legally bind the adoptee to abide by the request of the person filing it.
The original cpf was carefully crafted and negotiated by Oregon M58 leader and Bastard National Helen Hill and an Oregon legislator to stop other lawmakers, unhappy with the passage of the ballot initiative that restored the right to obc access to all Oregon adoptees without restriction, from adding veto language into the clean law.
A disclosure veto allows birth parents to block the state from issuing original birth documents to their adult biological offspring. Disclosure vetoes appear to vest birth parents with a “right to privacy” or a “right to confidentiality” which in reality does not exist. Disclosure vetoes are based on the premise that adopted adults are perpetual children who must have their birth parents’ tacit permission to access their own birth certificates. 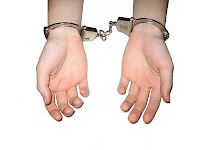 A contact veto provision in a records access law allows birth parents to file an affidavit with the government stating that they do not want to have any contact with their relinquished adult biological children. Violation of a contact veto may subject an adopted adult to criminal penalties.

A contact veto is a restraining order imposed by one citizen upon another with no cause shown, and without benefit of due process. It is issued entirely on the basis of the adoptive status of an individual and is without recourse.
A white-out (which Strauss does not mention) acts in the case of the New Jersey bill, as a disclosure veto in that a “birthparent” can authorize the state to release the birth certificate, but with all identifying information removed.
Here is how “open records” plays out in New Jersey via A1406/S799. The bill:
*includes a 12- month open enrollment period, starting after the Department of Health and Senior Services releases regs for SCS799/1399 implementation, that allows “birthparents,” to file disclosure vetoes–wrongly called a “contact preference form”–before obcs, past and future, are unsealed.

*authorizes the State Registrar to replace the original birth certificate of those subjected to the contact veto/disclosure veto with a mutilated copy of the obc with all identifying information, including the address of the parent(s) at the time of birth (if they appear on the cert) deleted. 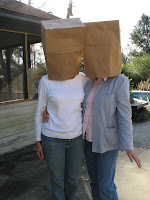 *requires “birthparents” who file a contact veto/disclosure veto to submit an intrusive and probably illegal medical and family history form to activate the veto.

*requires “birthparents” who file a contact veto/disclosure veto to fill out the same intrusive and probably illegal medical and family history form.

So not only can obcs be mutilated or withheld by the state, but the state can by law blackmail women who want to “remain anonymous “into turning over medical histories to its functionaries. Nobody has a right to someone else’s medical history. Some critics believe this provision may violate HIPAA.
Moreover, the bill seals by default all “safe haven” birth certificates, even though many “safe haven” babies are boarder babies, born to identified mothers and abandoned in hospitals shortly after birth. Some of these children may never be adopted and will never have a genuine birth certificate.
Clearly A1406/S799 turns the clean laws of the six free states and the bastards that made them happen, on their heads while permitting business as usual in New Jersey, even if for a limited time. Pretending that A1406/S799 is a “good” bill, Strauss fails to address any of the restrictive provisions except for the off-handed comment, which in turn nullifies her “open records” argument:
There certainly are birthparents who want and need privacy — and the New Jersey bill allows them to have their names removed from the birth certificate.
I find this particularly egregious since Strauss, in discussing the dire need for medical histories, uses Gay Ellen Brown, an Illinois adoptee living in New Jersey who in 2009 was diagnosed with pre-cancerous breast lesions, as an example of someone who needs a medical history. Illinois has repeatedly denied Ms. Brown access to her obc, and she has been denied further testing and possible treatment by her insurance company because she can’t prove a family history of the disease. We can all agree this is awful and should never happen. Unfortunately, while Strauss fronts off Ms. Brown as a victim of the sealed records system, she has no problem with letting New Jersey adoptees in similar situations, remain victimized. 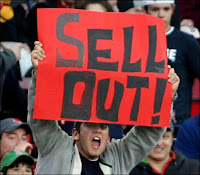 It’s OK, I guess, to leave some people behind.
Oddly, not once does Strauss argue that adopted persons have an intrinsic RIGHT to their own obcs and to be treated legally equal to the not-adopted. Strauss panders to opposition (National Council for Adoption, Catholic Bishops, NJ Right to Life, NJ-ACLU) arguments of state- guaranteed “birthparent” privacy, claims that have been debunked by adoptee activists including Strauss herself, for years.
This is Class Bastard’s rights we’re talking about here. No state should be legislating to protect somebody’s comfort zone. Yet deformers continue to defend the spurious “rights” of others while the rest of us are expected to take what we can get.
Class Bastard has already shown what can be done. We’ve won in four states, while deformers continue to drag out their politically debilitating half-measures in places like New Jersey, where it’s been going on for 30 years. As I’ve written before: All arguments for access must flow from the presumed right of all adults to unrestricted access and possession of their true birth certificates, not just a majority class. Otherwise, the right of anyone to possess their own birth certificate is not a right but a favor the state grants to some.
If Jean Strauss and the folks in New Jersey (some of whom I know and respect) are afraid to ask and to fight for what they really want, then they should remove themselves from the discourse before they cause any more harm. This isn’t just about New Jerey It’s about all the closed states and the millions of adoptees whose records and rights are filed away in vaults.

10 Replies to “Take Yourself Out of the Discourse! My response to Jean Strauss’ HuffPo blog”