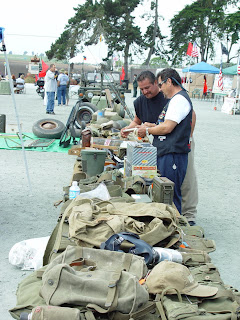 Last week, the National Council for Adoption published its latest issue of Adoption Advocate: “Mutual Consent: Balancing the Birthparents Right to Privacy with the Adopted Person’s Desire to Know. The article (it is not a “report”) appears to be a better-late-than-never response to the November 2007 Evan B. Donaldson Adoption Institute report, For the Records: Restoring a Legal Right for Adult Adoptees, a document as activist, as say, the phone book.

The fuss Mutual Consent has caused in AdoptionLaLaLand is as perplexing as why in the name of St. Jerome Emiliani NCFA waited so long to repsond…or why. It’s not exactly new news that NCFA promotes sealed records. NCFA was founded in 1980 specifically to fight the Carter initiative to open records on a federal level. Although NCFA in the last couple years has put on a happy face and begun to move to the center, (no more 5 signature registry! no more dour proclamations about open adoption or “spoiled adoptees”),it continues to oppose the unsealing of records without rigmarole worthy of a Soviet propiska.

That doesn’t mean that Mutual Consent isn’t worthy of comment. But there is no need to legitimate Mutual Consent by making a big deal about it. Especially, when it’s old news. Be glad! Rather than picking and choosing around NCFA’s webpage, its spurious claims are now right at your fingertips ready for purse or pocket. But more important, this handy-dandy compendium enables us to see just how close NCFA and our well-intentioned but ineffectual liberal baby stepper reformists are. Scratch a reformist and you’ll find an attitudinal NCFAnoid in a prom gown waiting for her date to show up.

Oddly—or maybe not—NCFA, with the publication of Mutual Consent, line jumped successful grassroots, no compromise organizations, such as Bastard Nation, OBC for ME, Alabama AWARE, New Hampshire Adoption Reform Coalition, and the in-progress Illinois Open and CalOpen to beat up the Donaldson Institute–a think tank which has done nothing of substance to forward a rights-based movement, but must be important since it has an office in New York City and issues lots of press releases.

I question mark“oddly” because by sidestepping no compromise organizations and the real issue of rights and the principled people who get them, NCFA falls into the reformist frame huffing and puffing away at irrelevant reformist side issues. NCFA gives the impression that it’s blown down the house, when it’s really only knocked down a bit of decorative cladding and blown a lot of smoke out its long pointy nose and tight white ass. It can pretend it’s said something profound, when it’s really only regurgitated into its Amen Corner. 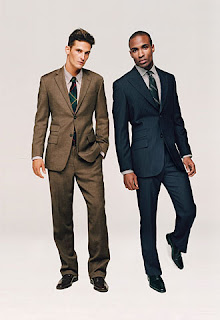 As a paternalistic corporate construct, NCFA knows it’s bobbing quicksand when it confronts ungrateful, unwashed, unfunded bastards. What do you say to them anyway? But since we don’t exist, except as product, who cares? So NCFA ignores the ungrateful, unwashed, and unfunded, and goes for its buttoned downed wrong-side-of-the-tracks sibling, Evan B. Donaldson. Respectability, foundation grants, advanced degrees, and suits are something NCFA and its board find comfortable. Uncouth bastards, with little political leverage make them itch and are strategically avoided, even if we’re the ones who have rescued obcs from the dustbin of history.

In a fit of avoidance, Mutual Consent author Marc Zapolla marginalizes real rights, and focuses much of his six pages doing a good job debunking deeply loved, soft deform therapeutic tangentials that Bastard Nation and other no-compromisers rejected more than 10 years ago: medical history, identity construction, self esteem, and (can I make this up?) inheritance rights. Has anyone argued seriously that adoptees have a “right” to double dip by automatically inheriting from their first parents? If so, I’ve never heard about it. Thankfully, Mr. Zapolla forgot incest protection.

So what NCFA ends up with in Mutual Consent is an old-as-dirt statement that continues to legitimize spurious but sexy reformist “needs” and desires” while more or less ignoring the illegalities of forged and fictive government documents, and the state confiscation and theft of the genuine. NCFA knows it can’t mount a coherent argument about anything else but the warm and cuddly.

Oh, they try, all right, but author Zapolla, and presumably the rest of NCFA are so in tune with reformist claptrap, (neither can imagine why anyone might want their obc other than to knock on mom or dad’s door to get a big hug on Christmas morning) that they’ve forgotten a lot. Like: adoptive parents getting first parent ID from court documents; courts letting records remain unsealed; courts opening records for “good cause;” the names of first parents in publicly accessible state birth indices, And, of course, the Big Bertha: records are sealed only at the time of the adoption order, not when parental rights are terminated. No adoption? No sealed records!

They’ve also forgotten there is no reasonable expectation of “privacy” in adoption or what privacy even means. Like: courts have generally construed the Constitutional right to privacy to mean protection of individuals from government intrusion. And apparently it’s forgotten the expensive Martinzing it took in Tennessee and by proxy in Oregon.

Hell, NCFA has even forgotten they started the whole thing, through it founding.

Read with the Bastard eye, Mutual Consent unwittingly exposes the shared attitude of NCFA, which seeks to grant as little as it can to the adopted, and reformists who settle for as little as they can get for the adopted. Read side by side there is little difference between NCFA, and we-are-not-worthy reformist campaigns. It’s a matter of degree. NCFA is just farther to the edge (but moving in). Even the full title of the NCFA paper itself (my emphasis)” Mutual Consent: Balancing the Birthparent’s Right to Privacy with the Adopted Persons’ Desire to Know, reflects reformist language, making the original birth certificate the subject of “need and “desire” rather than a “right”. A few weeks ago, at a meeting of potential supporters, language Nazi CARE (California Adoption Reform Effort) reportedly told the group that legislators prefer to hear about “needs and desires” not “rights. Apparently CARE and its ilk prefer a philosophical concept of adoptee passivity and incompletion (see its new victim video) over bastard assertiveness and inclusiveness.

NCFA and our reformists use quaint 20th century language, concept, and frame. They banish real bastards and their real families (original and adoptive), to Cuc…amonga, as they duke it out. They stick to the archaic “triad” construct, strenuously avoiding any discussion of the state, the adoption industry, and its hangers-on, of which they are a part, except to remind us of the great good or harm (depending on what side you’re on) the latter three players claim will befall the former three if we don’t listen to their educated and expertised selves. Finally, profoundly patriarchal, they seek (each for their own reasons) to continue to limit, by government force, the liberty and autonomy of bastards and their families. They seek to enact laws demarking deserving and undeserving, worthy and unworthy, by blacklisting certain classes, rather than repealing all sealed records laws and have an end to it. They fear repeal that would leave all access to birth records and the consequences up to individuals unencumbered by nannies. Since state-created adoption is their raison de etre, the idea that the government has no business dictating the lives and relationships of adults involved in adoption makes them feel as foreign as if they’d been dropped down in the middle of Chuvasiha. 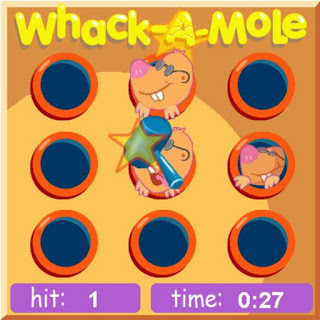 Bastards who demand their obc rights without restriction or regret are considered whacked out by reactionaries on both sides of the aisle who either demand full secrecy or promote baby steps. Neither believes bastards and their brethren deserve much of anything except their benevolent corporate protection and supervision.

I know a lot of liberal reformists, and I like them. I know full well what they have put into their states, but they have not succeeded. They and their organizations have not passed one single state law that restores the right of all adoptees to their original birth certificates. Not only have reformists failed in their alleged mission, they have mucked up laws so badly with disclosure and contact vetoes, white-outs, registries, and confidential intermediaries that it is virtually more difficult today to pass a clean records bill today than it was 20 years ago.

Remember, it was not NCFA, or the ACLU or Right to Life , the hard opposition, that infected states with restrictions, but reformists themselves who willingly threw their fellow bastards, their families, and their rights to the dogs. They were more interested in getting something passed on their watch than restoring rights to all. No semi-records law, no tiered access law, has ever been revisited successfully, despite reformist promises that they can and will be. Once a disclosure veto or other discriminatory measure in in place, you’re cooked. And despite the giveaways, guess what! In states with pending gutted legislation, such as New Jersey, NCFA and its best friends still won’t budge.

This is not about Bastard Nation or any other organization. We don’t care who does it, as long as the job gets done. The restoration of our rights has been accomplished only through organizations and coalitions (one with absolutely no connection to BN, in case anybody wonders) which have , “just said no to compromise.”

Bastards who demand their obc rights without restriction or regret are marginalized by reactionaries on both sides of the aisle who either demand full secrecy or promote baby steps. As NCFA moves slowly to the center, it will, in a few years, share space with reformists. Neither believes bastards and their families deserve much of anything except benevolent corporate protection. And then what happens?

For more thoughts on this go to BB Church.