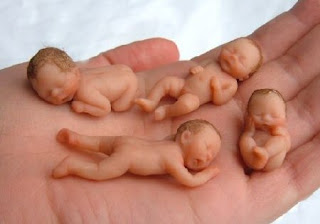 A couple new developments in the Stephanie Bennett case were reported over the weekend:

Rick Armon from the Akron Beacon Journal* reports A Child’s Waiting license will be reviewed by the Ohio Department of Jobs and Family Services. Last year ODJFS found the agency out of compliance for several paperwork and procedural violations in the case (I have a copy in my possession) and ordered it to submit a corrective plan to assure than such errors won’t happen again. Armon says the agency has failed to submit an acceptable plan. More important, A Child’s Waiting, according to records obtained by the Beacon Journal, has been the subject of numerous investigations in the past. In its seven years of operation, it has received an incredible seven citations by the state and has twice had its license reduced to “temporary.” So far, I have been unable to find details on those citations.

Despite its problems, according to its homepage, A Child’s Waiting has placed over 1200 children in permanent homes since it’s inception in 2000–a whopping 255 last year. Many of them are listed there by first name, race, and age.

How do they generate these kids? 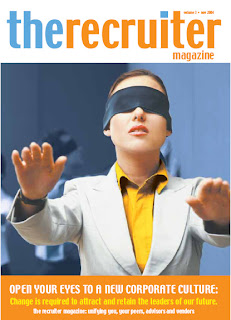 HUSTLE: THE NAME OF ACW’S GAME
For-profit adoption agencies are not built on altruism. They exist to make money off the misery, shame, and personal crises of women and children. Sometimes adoption is necessary and good. For the Bessemer sisters who run A Child’s Waiting, it is very good: a meat grinder churning out new identities, new families, and big bucks. The agency survives on a constant flow of personal tragedy and slick promotion. Remember its flagship stunt Be My Baby?

ACW employs Ronda Berger as a “child recruiter.” What she does is anybody’s guess. There is no “child recruiter” job description on the ACW web page nor are Ms Berger’s credentials listed other than she is “married and has three active children,” and enjoys working with “members of the adoptive triad.” With the high rate of unmarried pregnant women today, she must be quite busy chucking fallen fruit into her basket.

I have no idea if Ms. Berger is part of Stephanie Bennett’s story. We all know, though, that Stephanie Bennett was fast-tracked. All she had to do was mention the word “adoption” to her counselor at GlenOak High School and as fast as Bastardette can say Georgia Tann, ACW was on the scene, lawyer at the ready. In less than 24 hours Baby Evelyn was on the paper trail to her new forever home.

This is fast by any shyster standards, but there’s more. Jonathan Herron, Lead Pastor for Catalyst “a new way to do church” (whatever that means) in Kent, Ohio writes in his blog about how lickety split he and his wife Amber, were able to adopt their son from ACW “I cannot say enough good things about A Child’s Waiting,” Herron shills for the agency. “For example it typically takes 2 years for a private, open, domestic adoption. From the day we sent our paperwork into the agency until the day Josiah was born and came home with us, was exactly 4 months!” Four months?

Amber’s blog is even more instructive giving us a look at how the adoption “process” at ACW works. Like Amber, I’m having a hard time wrapping my mind around the speed with which the adoption was accomplished:

July 27, 2006 (Home Study approval meeting):
Overall, we feel very encouraged because the director told us she thinks we will go fast due to our age, having no children and being educated. She told us a story of a couple who went for an interview with a birthmom last week and ended up going home with a baby that afternoon! I have a hard time wrapping my mind around that. It makes me glad that we are going ahead with our adoption party now so we can be prepared, even in a short time-frame.

Within 7 days of that posting, their “match” was made. In less than a month a newborn was placed with them in an open adoption.

ACW’s is a foster care contractor. Their list of placements includes 14, 15, and 16 year olds. Obviously, there is a genuine need for permanency for these kids, but do they need to be salaciously advertised like survivors of the Middle Passage on the auction block? Do total strangers really need to know a teenager’s dress size? There is also a lucrative trade in disrupted adoptions for those unfortunate souls who don’t make the cut in their forever families and are unceremoniously thrown back into the adoption pool for a second or third chance. How many of them are internationals lost from their countries and cultures forever? How many are abused? 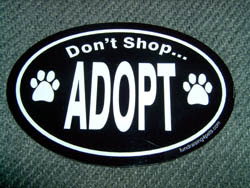 Then there’s the November 2001 “adoption store” at Akron’s Rolling Acres Mall, where’s ACW’s foster children were hawked in retail space offered gratis by an over-enthusiastic mall management that wanted to help “waiting children.” Set up for National Adoption Month, ACW featured adoptable foster children from five counties showing them off in blown-up photos and flyers. Photo-listing books were also available so visitors could “leisurely page through profiles of waiting children from all over the state.” By the end of the campaign, ACW had conducted 127-in-store intakes (they usually did 30-60 a month.) As result of the publicity, (WKDD-FM helped) the agency got lots of phone calls, and were invited into churches, neighborhood groups and a teachers’ union fair to spread their good news. (emphasis mine)

In much of the rest of the world, A Child’s Waiting would have gotten the boot years ago. The $64,000 question, then is what does it take for an adoption agency to be run out of business in the State of Ohio.

Complaints have been filed against A Child’s Waiting and other bottom feeders for years. In the case of ACW, they were serious enough to get the license reduced twice. Other complaints have reportedly been settled before they reached the legal stage or through the Better Business Bureau. And then there’s Be My Baby and the advertising of children at the mall like they were Christmas ties. But crassness, cheap promotion, and bad taste aren’t illegal. Taste and ethics are one thing; the law quite another. 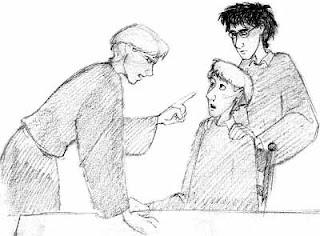 QUESTIONS FOR OHIO OFFICIALS
Despite what some bloggers have reported, A Child’s Waiting at this point, is not being “run out of business. ” It’s license, is under review. Here are a few questions I have for the ODJFS. Maybe you have some others:

Why does the Ohio Department of Jobs and Family Services/counties contract out foster care placement to a for-profit agency whose license has been reduced and is currently under review?

Why was ACW permitted in GlenOak High School?

What does it take for an agency to lose its license permanently?

Baby Evelyn and her paps have reportedly, under advice from A Child’s Waiting, left Ohio.

*I’m’ having problems with the link. It will probably go into the paid archives soon anyway, so I’m posting it below.

A local adoption agency accused of urging a teen mother to run away from home last year has been cited by the state for several violations regarding the adoption process and its state license will be reviewed, the Ohio Department of Job and Family Services said Friday.

The state began investigating A Child’s Waiting in Copley Township in December after a Canton couple claimed that the agency told their 17-year-old daughter to run away so it would be easier to give up her then-4-month-old child without her parents’ interference.

State investigators concluded that there was no evidence that Stephanie Bennett was asked to leave home. But the agency was cited for numerous procedural and paperwork violations that could jeopardize its license because it has a history of similar citations, state records show.

The agency also failed to submit acceptable plans detailing how it would make sure the violations don’t occur again, the state said.

State spokesman Dennis Evans said he didn’t know when the license review would begin. The agency’s license could be reduced to “temporary” status, revoked or left alone, he said.

A telephone message seeking comment was left with the agency.

Without her parents’ knowledge, Stephanie Bennett signed papers in September giving custody of her daughter to A Child’s Waiting. It is legal in Ohio for a minor to give up a child without parental permission.

Stephanie ran away from home and handed over the baby while she was staying in Carroll County. She now says she regrets the decision and has accused the agency of not providing adequate counseling. She is fighting in court to regain custody.

It’s unclear how the state investigation may affect the custody case. A message seeking comment was left with Stephanie’s attorney.

According to state investigative reports, Stephanie accused her parents of abusing her and her child and said that was why she decided to put Evelyn up for adoption. The allegation of abuse had not been made public before.

Stephanie’s mother, Judy Bennett, said Friday that local investigators looked into the accusation and concluded it was untrue.

She contended the baby’s father — who has not been identified publicly — threatened Stephanie and ordered her to get rid of the child. Despite the conclusion of state investigators, Judy Bennett said she still believes the agency told her daughter to run away.

A Child’s Waiting was founded in January 2000 and has handled about 1,200 adoptions since then, according to the agency’s Web site.

The agency has been cited seven times previously for violations because of complaints, and its license has been reduced to “temporary” twice because of previous problems, according to state records.
Rick Armon can be reached at or [email protected]

10 Replies to “STEPHANIE BENNETT VS THE OHIO ADOPTION INDUSTRY 3: THE HUSTLE”