Not only did the committee ditch a clean birth certificate access bill (HB 445) yesterday, but amended it into a Draconian fox-in-the-henhouse bill which puts adoptee identity “rights” into the hands of the state’s adoption agencies– the very people who profit most from sealed records.

AND YOU THINK YOUR STATE IS BAD...
Laughingly called a “compromise,” HB 445 “2nd edition“will “allow” adoption agencies, if they desire (and are still in business!), to act as “confidential intermediaries” between adoptees 21 years and older and a “biological parent.” With the written consent of each, the agency “could” facilitate contact between the parties or (gasp!) share identifying information. The Associated Press notes that the compromise bill would permit agencies to “obtain” and share non-identifying information between the two sides. Obtain? Don’t agencies keep that information on file already? For all we know, they don’t, and Bastardette bets her advance copy of The Baby Thief, that plenty of people want to keep it that way. North Carolina currently does not even permit agencies to freely pass on information between adoptive parties upon mutual request. The state, in fact, bars agencies from telling adopted adults what county they were born in, though the poor bastards are “allowed” to know the ages of their progenitors. Thus, consenting adults are barred from receiving information about themselves not only from the state, but from each other. 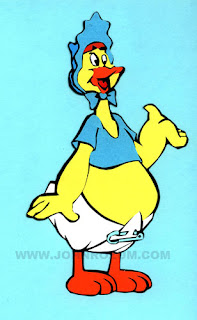 HB 445’s co-sponsor, Rep. Margaret Dickson, says that the compromise is “good”. It will help the State of North Carolina because it “removes the courts from the process.” (of what? vetting the “worthy”) If lawmakers really want to help the State of North Carolina they can start by removing its tar heel from the neck of its adoptees. That, of course, would mean acknowledging that adoptees are not perpetual binkie-sucking infants under state care. Why are CHILD welfare and placing agencies even to be charged with the dissemination of personal information pertaining to adults? The term “boy” comes to mind. So does uppity. And grateful.

The compromise rejects the point of the whole original bill: unrestricted access to the public record of one’s birth. The civil right to possess one’s own unaltered birth certificate to do with what one pleases (like the unadopted do daily) again morphs into state-facilitated and monitored reunionism in which the adoption industry and its government toadies control the information and consequences. Has it never occurred to anyone, deformers included, that adoptees might just want to own their own birth certificates; that they might just want to know, without acting on it, the information that these documents contain; or that they just might want to act on that information in their own good time–not on the state’s schedule? For all the hysterics of the secret keepers and their NCFAnoid companions, it is government control and interference that creates “unwanted” contact” and “coerced reunions” not the free flow of information and adoptee autonomy.

As to the compromise at hand: why should the adopted be forced to beg greasy-palmed thugs, slippery adoption industrialists, and professional identity erasers who created the “anonymous” mess in the first place to release information that rightfully belongs to adoptees? Not only beg for it, but pay for the “right” to beg for it. You don’t think agencies will perform their newly acquired non-funded government mandate for nothing, do you? Or that the adoptacrats won’t mediate the procedure to its personal and professional benefit, under the exegesis of “your own good” or the “good” of its former birthfamily “clients”? If it’s reunion you want, you’re better off hiring a competent professional searcher who won’t be cherry-picking your information with one hand and jerking you off with the other. 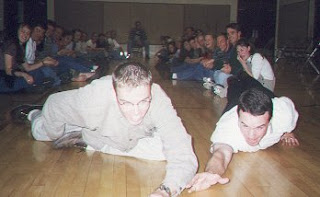 “AT LEAST WE’LL GET SOMETHING GOING IN THE STATE.”
An adoptee is quoted in today’s Raleigh News and Observer calling the sub bill “a baby step, but it’s a step in the right direction.” But adult adoptees aren’t babies, and non-ID is a detour to oblivion. If it’s taken North Carolina this long to even consider permitting agencies to voluntarily dole out non-ID at their pleasure and occasionally facilitate “reunions,” something most adoption agencies in the rest of the country have done for decades, can anyone seriously believe that original birth certificates are even on the North Carolina map?

Adoption in North Carolina is governed by vile reactionary patriarchal laws that one would expect to find in a Taliban enclave, not in 21st Century America. As a consequence, the adoptee rights movement in North Carolina has not been as strong or solid as we would like. Under those circumstances compromise can come fast and easy. I know, like, and respect NCAAR director Roberta MacDonald, yet NCCAR’s roll-over anything-is-better-than-nothing turnaround buries any chance of records access in North Carolina for decades. Something is not better than nothing. Compromise adversely effects campaigns in other states where activists will be viewed as pushovers for a pretty smile and an ephemeral promise. It is tremendously difficult to pull a bill that you’ve created and nurtured. In 2002 I was in Sacramento the day that California Open made the decision to withdraw its beautiful clean bill rather than see it raped by cheap politicians on a mission to “protect” first mothers from their “shameful” pasts. Yet, the did it and with dignity. They shed some tears, pulled the bill, and nursed their wounds at a nearby Mexican restaurant.

NCCAR’s webpage says, “We substituted but we’re not done YET.” I believe that NCCAR believes what it says, but by grabbing at the fragile evasive reunionist straw of potential non-ID access for a few, which has nothing to do with the unrestricted release of government documents for all, NCCAR guarantees that the civil rights of adoptees in the state are done. For a long time.

NOTE: Blogger continues to do flaky things with links. The News and Observer link may not go to the article directly, but you should be able to find it with a search if necessary.