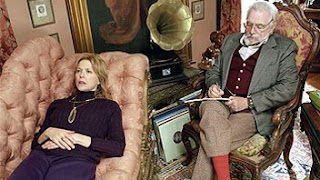 This morning Gaye Sherman posted a comment on my previous entry about conservative reaction to Illinois HB 4623. I started to write a response to that post, but decided to expand my reply and post it here as a new entry. 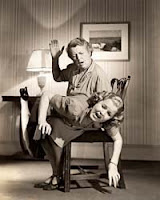 Sounds like we’re still children in need of a spanking. They actually ADMIT that names on the OBC might be fraudulent?! So, in my mind, that’s an argument for opening the adoption records too – or at least being able to get the REAL names off the court or agency records. A lot of this seems like social worker speak – that ordinary citizens (adopted or not) can’t function without counseling.

I 100% agree with Gayle that the Illinois Catholic Conference put its foot in its mouth by admitting that some obcs may contain fraudulent information. Amended birth certificates aside, placing false information on a birth certificate is illegal. We can only wonder at whose suggestion false information was placed on the obc document. Could this be one of the causes of adoption industry fear of unrestricted records access? Adoption professionals advised their clients to falsify government documents, and the chickens might be headed back to the barn? Oh boy! This opens a whole avenue of questioning that never occurred seriously to me before.

That said, I want to take up Gayle’s last sentence:

A lot of this seems like social worker speak – that ordinary citizens (adopted or not) can’t function without counseling. 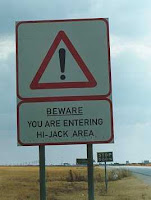 Exactly. It’s the therapeutocracy– the same therapeutocracy that in the mid-1980s hijacked adoptee rights turning a class movement into an individual dysfunction. (What would Rosa Parks do?) This control freak cabal turned the genuine political, cultural, and systemic rot of adoption and sealed records into a “personal” problem for adoptees to “deal with” under the “guidance” of friendly feel-your-pain-we-know-better-than-you therapeutic “experts.” Obviously some adoptees do have personal issues, and they should seek help or not, however they see fit. But for an entire industry to pretend that secret adoption and sealed records are not politically rooted and motivated is mental and political manipulation. To claim that those who suffer under the sealed records system suffer from some personal dysfunction is a lie.

Personal problems are private. Political rights are public. Politicizing adoption and adoptee rights rather than flushing money down the therapeutic sewer is the only legitimate response to the political disenfranchisement of secret adoption, secret files, and identity theft. Any psychological issues arising from that abuse of power can be dealt with privately.

Unfortunately, it’s difficult to get this across to the adoptee population, saturated in US therapy culture, who generally come from a white middle class environment where class struggle is anathema. Sort of like joining a labor union. The most common complaint since the therapeutracy took over goes something like this: “I want my records but I don’t want to dirty my hands in politics.” The disconnect is deafening. I can only mark it up to denial of class status and a people-pleasing fear of knocking over the white picket fence. GAS: Grateful Adoptee Syndrome.

The state infantalizes adopted persons. I do not expect every adoptee to hit the streets full force. What I’m disturbed about, though, is the number of adopted folks who acknowledge their status, but do little or nothing about it, apparently expecting the state, on its own, to give up its power over us. How many times do we hear apologetic adoptees refer to themselves as “adopted children” or preface their remarks on records confiscation and identity theft with “I’m grateful I was adopted,” or “my adoptive parents are my real parents” both of which have nothing to do with adoptees’ Grade B political status. That we have been able to grow the movement and succeeded on a shoestring budget as much as we have in the last 10 years is a tribute to those who stood up, demanded equal treatment, and convinced politicians (or in the case of Oregon, the voters) to restore our rights. As the movement continues to grow and we have success in other states and provinces, I hope we will will also grow a sense of entitlement in others and serve as an example for the less confident. The spirit IS willing. We just need to make the flesh strong. Besides, politics is fun!

The nicer kinder rhetoric of the professional adoption class is still about control. The therapeutracy still thinks we (everybody, not just those in AdoptionLand) are stupid and incapable of handling our own lives and affairs without the benevolent supervision of it and its Big Government cronies.

Two good books on the subject of how the US (especially) has become therapeutized and medicalized are Manufacturing Victims: What the Psychology Industry is Doing to People by Dr. Tana Dineen and Therapy Culture: Cultivating Vulnerability in an Uncertain Age by Frank Furedi, (which I am reading now.) Though not about adoption, both can be read clearly through the lens of adoptee experience.