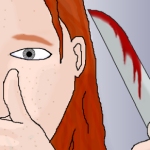 No doubt its well-intentioned supporters consider passage a victory for adoptee rights. It is not. 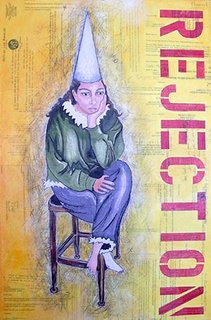 YOU ARE NOT WORTHY
What is really ingenious about this bill is that politicians don’t have to change their attitude toward adoptees one degree. They can bestow a birth certificate favor on the adopted without restoring the birth certificate right. Nothing has changed.

The white-out opt-out affirms the doctrine of adoptee suspectability. Under S1087 adoptees remain a stigmatized legal and social class. Our identity rights are tossed around by the new and special whim-and-quirk right of a few birthparents who signed their children into the adoption mill 20, 30, 50 or more years ago, to now legally determine–unlike any other parents–what information is revealed on the birth certificates of their adult offspring. Adoptees can never be trusted. Adoptees never grow up.

Once this special right is codified under S1087, what other means will it be put to? Embarrassed that your son died of AIDS? Remove “cause of death” from the death certificate. Don’t want your neighbor to know your property tax rate? Hand the clerk a bottle of WhiteOut. Squeamish that your husband might discover Gilbert Gottfried was your first husband?….

It used to be that records were just sealed. That made things easy. Over the last 20 years, however, the baby step strategy of the compliant grateful adoptee Deform Gang, willing to throw away the rights of all for the reunions of some, have created secrecy contracts between the state and birthparents where none existed before. Their disclosure vetoes, contract vetoes, and white-outs make the full restoration of the right of identity nearly impossible since once some are “given” their “rights” the issue can’t or won’t be revisited for the left-behinds. Favors are doled out to adoptees on a “by permission” basis. We have no rights, at least that neither politicians or deformers acknowledge.

Give me a tussle with NCFA pussycats any day.

If S1087 were only about New Jersey, it would be bad enough. Unfortunately, if the bill passes, it will likely be used as a model for other states where “activists” seem ignorant of the lessons of history–that clean records laws can and will be passed. According to Sunday’s Oregonian, since the passage of Measure 58, 9,129 Oregon adoptees have received their original birth certificates. Bastardette can only wonder why those who are willing to take less don’t look to Oregon, or Alabama, or New Hampshire, and demand more. Don’t all adoptees count?

Luckly, the bill still has to be heard by the Assembly.