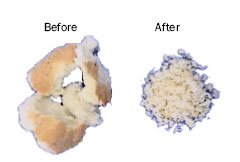 In 2004 I wrote a letter to several New Jersey newspapers in which I outlined why Bastard Nation rejected S1093, a compromised birth records access bill introduced in that state. The letter was never published. The bill has been reurrected as S1087 [pdf] and will go to the NJ Senate tomorrow for a floor vote.

I thought it was time to dust off the letter, update and expand it a little (including some adoptee-hating blither-blathers in today’s Parsippany Daily Record), and post it here. More of Bastardette’s comments on the New Jersey situation are at ACLU Slags Adoptees Again (April 24, 2005). You will find Bastard Nation’s letter to the New Jersey Senate and our Action Alert just below this blog.

Bastard Nation rejects ALL arguments for and against the current draft of S1087 as reactionary and anti-adoptee. We object to its compromise language that permits birthparents to order the state to remove their identifying information from the original birth certificate; thus allowing the state to legally mutilate an official state record making some adoptees more equal than others.

PROPONENT ARGUMENTS WE REJECT
Bastard Nation rejects the argument of S1087 proponents who claim that some records access is better than no access. We recognize that S1087 proponents have worked many years for passage of an open records bill, yet we cannot support the special rights compromise they have accepted –a compromise that promotes favors for some over rights for all. It is this willingness to roll over that has bogged down the adoptee civil rights movement in the US for more than 30 years. No state that has granted favors to some has ever revisited the issue and granted rights to all.

Bastard Nation finds the willingness to compromise particularly alarming since two states, Kansas and Alaska, have always recognized the right of adoptees to unrestricted access to their birth records and identities, and since 1999 three other states have restored that right: Oregon through state-wide ballot initiative, and Alabama and New Hampshire through legislation. Why not New Jersey?

OPPOSITION ARGUMENTS WE REJECT
Bastard Nation rejects the special rights doctrine argued by the New Jersey ACLU. The ACLU argues that birthparents who signed away all parental rights 20, 30, or 50 years ago can now return and embrace a special right found in no other relationship: the right of one adult to deny another adult access to the publicly held record of his or her own birth.

Bastard Nation rejects the unsubstantiated argument of New Jersey Right to Life that open records for adult adoptees would cause a rise in abortion in the state. Marie Tasy, legislative director of NJRTL admits she has no evidence that abortion rates would rise; she “just knows” they will. A simple Internet search would show Tasy that Bastard Nation and other researchers debunked this notion years ago.

Bastard Nation rejects the cover-our-ass New Jersey Catholic Conference plea that the passage of S1087 would put Catholic Charities “in the position of having misled birth mothers” through promises it supposedly made that the state would protect their anonymity through sealed records. Outside of anonymous abandonment (and even that is questionable) there is no such thing as anonymity in surrender and adoption. The Catholic Conference knows this (or should). If Catholic Charities social workers told birthparents they would be anonymous, then these “professionals” were either inept or lying. Laws change all the time. What is the Catholic Conference and its associated agencies really afraid of?

Bastard Nation rejects the New Jersey Bar Association claim that the state has a duty to protect birthparents from the possibility of an unhappy “reunion.” The state has no “duty” nor should it want the duty to protect its citizens from unhappiness. Valerie Brown, legislative counsel for the NJBA admits that the current sealed records law makes no guarantees of “privacy,” but argues that there is a “reasonable expectation” of privacy that would be set aside with passage of S1087. Her argument is spurious. Most searches in New Jersey now are completed without an original birth certificate or other court documents that contain the names of birthparents. The original birth certificates of adoptees under S1087 would not be released to the public but to the person whose birth it documents of if a minor, to her or his adoptive parents. Any lawyer would be happy to explain to Brown, “privacy” does not mean anonymity.

Bastard Nation rejects all arguments posited by the National Council for Adoption. NCFA’s founding reason in 1980 was to guarantee that original birth records be kept out of the hands of uppity ungrateful bastards. It won’t let recent defeats stop it from its mission to disappear us into the Adoptee Identity Protection Program Unfortunately, links to NCFA’s New Jersey statements are down. The general NCFA statement on “adoption privacy” though can be found here (though you probably know them all by heart already!) Suffice to say, NCFA’s arguments are reflected by the New JerseyAxis of Evil: the New Jersey ACLU, New Jersey Right to Life, the New Jersey Catholic Conference, the New Jersey Bar Association and any other special interest group who devalues adoptees and believes we are dangerous to ourselves, our birthparents, our adoptive parents, and the institution of adoption. After all, if we learn our own names and histories and get own our own birth certificates in our grubby little hands, the entire adoption industry will collapse under the weight of truth. 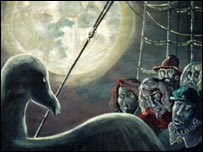 RESULTS WE REJECT
After 25 years of fighting the adoptee-hating political machine, New Jersey adoptee rights advocates, many of whom we know and respect, are willing to take any crumb the state offers them. Bastard Nation would love to support a true records access bill in New Jersey. But BN leaves no one behind. We will not be party to this betrayal of New Jersey adoptees and their civil rights.

The New Jersey compromise hurts us all. If the New Jersey bill passes into law, and even one state looks to it as a model instead of the states in which unrestricted access to records is the norm, the gloomy results will hang on the shameful heads of Jersey advocates who opted to ask for what they might get rather than what they really want.

Half-measures are not acceptable. New Jersey’s adoptees deserve more. Why are they settling for less?

2 Replies to “SETTLING FOR LESS THAN YOU DESERVE: WHY BASTARD NATION REJECTS ALL ARGUMENTS FOR AND AGAINST NEW JERSEY’S S1087”