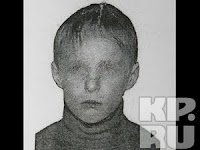 The adoption agency that placed Artem Saveliev/Artem Justin Hansen with his Forever Mother Torry Ann Hansen has been identified: WACAP–World Association for Children and Parents working out of Renton, Washington.

“We have suspended the permission of the nonprofit corporation World Association for Children and Parents to operate in Russia,” Alina Levitskaya told journalists.

The agency assisted in a U.S. couple’s adoption of a Russian boy, Artyom Savelyev, who arrived in Russia by plane on Thursday with a note in which his adoptive parents said they were sending him back due severe psychological problems…

A spokeswoman for World Association for Children and Parents in Russia said the adoption agency had no report of the incident. She said the agency would provide all the necessary information on the child’s adoption at the request of the Russian authorities.

According to WAPAC’s International Adoption page

WACAP is proud to be one of the largest and most experienced international nonprofit adoption agencies in the United States. In 1976, WACAP placed its first child for international adoption from Korea. In the 1980s, we expanded our adoption programs to include Thailand and India. WACAP was the first U.S. agency to pioneer adoptions from China and Far East Russia in the early 1990s. In recent years, we have added programs in Ethiopia and Kazakhstan.

In 1993, WACAP was the first agency authorized to place children from the Russian Far East with adoptive parents. We have placed over 850 children from Russia since then. We are registered as an international non-governmental organization (NGO) through the Ministry of Justice of the Russian Federation, as required by Russian law, and are accredited by the Russian Ministry of Education to place children from across the Russian Federation. With offices in Moscow and Vladivostok, and 11 employees in Russia, WACAP staff assist families every step of the way through the adoption process. Currently WACAP is placing children from four regions in Russia: the Republic of Tatarstan, Novosibirsk, Primorsky Krai and Sakhalin Island.

Using the Wayback Machine I located old WACAP webpages. The latest archived page is dated August 22, 2008, a year before Artem was adopted. Under “Waiting Children” we find discounts and deals (via subsidies from unnamed sources) to move various categories of children. If these deals were still on a year later, Artem would have fit into the first discount group: “a boy 5 years or older.” We don’t know when Torry Hansen started her adoption process with WACAP, but there’s a probability she may have gotten Artem for next to nothing.

WACAPs Let’s Make a Deal:
Russia and Kazakhstan Thousands of older children, sibling groups, and children with special needs in Russia and Kazakhstan are waiting for adoption—children who need loving families. Due to confidentiality laws in these countries, information about specific waiting children can only be shared with families who have completed all application materials and been approved to adopt; the process works much like an infant adoption.

Promise Children and Subsidies
To encourage the adoption of waiting children in Russia and Kazakhstan, WACAP has funds available to cover the entire adoption fee for a family who adopts:

To help find families for children with other types of medical conditions who are waiting in Russia and Kazakhstan, WACAP has reduced the adoption fee to $5,000 for a family who adopts:

If you’re interested in adopting from Kazakhstan, you must be open to children who are Asian, Eurasian or Caucasian. While Russia and Kazakhstan do not identify waiting children until they are matched with an approved family, families usually have information about a child by the time they travel to meet him or her.

Families must submit an Adoption Subsidy Request and a Russia or Kazakhstan Promise Child Agreement, if applicable. Families are considered for the Waiting Child Subsidy only when funds are available. WACAP reserves the sole right to determine which children are eligible for fee subsidies.

With a subsidy of $20,000 and a no-interest loan of $4,500, WACAP offers the most affordable adoptions from Eastern Europe of any agency. For more information about adopting a waiting child or Promise Child from Russia or Kazakhstan, please e-mail Family Finders or call 206-575-4550.

Novisti (and other media) also report today that Russia is set to freeze the US out of adoption:

The Russian foreign minister said on Friday that Russia could freeze child adoptions by U.S. citizens until the countries sign an intergovernmental agreement on adoptions.

Sergei Lavrov (left) told Russia 24 news channel that the agreement should include the conditions under which the Russian authorities can allow adoptions and the obligations of the adoptive parents.

“We have been suggesting [signing an agreement] but they evade this. But I think the latest case is the last straw and we will demand the agreement be signed,” Lavrov said.

WAPAC hasn’t published a statement yet on it’s webpage regarding Artem’s case.

WACAP is a member of the National Council for Adoption (membership list currently not online) and JCICS. NCFA issued a press release late this afternoon, but…oops…forgot to mention that WACAP belongs to them. It’s not on online yet.

News has been coming in so fast today, I’ve not had time to finish what I started this morning. I appeared in a 4:00 PM segment of Russian Television. I’m afraid I got tongue-tied. I’m a better writer than a TV pundit.