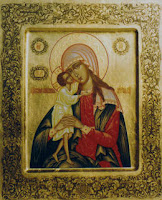 Voice of Russia says that a 4-year old Russian-Canadian  adoptee  named Sasha, has been beaten to death by the live-in boyfriend of his Forever Mother.

Saturday, Russian Children’s  Rights Commissioner Pavel Astakhov sent a  tweet about  the death which I’ve read, but offered no other details, and as of this writing there are no additional messages.  No statement has  been published by the Russian Ministry of Education and Science in either Russian or English or by TAR-Tass News Agency or any other Russian online source.  .

I’ll be watching this story.

UPDATE: One of my readers, Andraya Charette has pointed out to me that this is an old case from 2002–but that the Russian government  has only now has become aware of it.  The little boy’s name was Sacha Valee.  I have some more information on the case, but it’s late, so I’ll put it up tomorrow probably..

Andraya pointed me to an article published today by the Russian Legal Information Agency (l’l be linking that  publication permanently in my sidebar on Niko) article, Children’s Ombudsman reports death of Russian-born child adopted in Canada..  The article quotes RIA Novisti, which wasn’t listed when I googled earlier this evening:

“It is an old case. It happened in 2002, but it became known only now,” Astakhov told RIA Novosti.

According to him this case was uncovered by a group set up to monitor the status of the adopted children.

On Saturday Astakhov said he did not rule out imposing a moratorium on children’s adoption and relocation to the United States before the US – Russian adoption agreement is ratified.

The haphazard way in which the murders of Russian adoptees  is reported to the Russian government is alarming to say the least. Just how many murders have occurred that we don’t know about (even if they are reported locally)  in the US, Canada, or other countries? .Since the Russians have formed a monitoring group, we may be hearing of more soon.

Astakhov also brought up a case of sexual abuse which boggles the mind.  I’ll be looking for more on this:


According to his information there is an American family which adopted 21 girls from Russia with the purpose of sexually abusing them. “We have found out dozens of such case now,” the ombudsman said.

If this is true, the Russian courts fall down on the job, too.


Much thanks to Andraya Charette!

One Reply to “Russian Adoptee Reported Murdered in Canada”