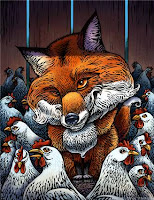 The Rhode Island House yesterday passed unanimously (and here) H 7877, a bill that curbs the right of adoptees to receive their own original birth certificates.

The bill, framed in deformer NewSpeak as a records access and adoptee rights measure, creates a ” do not release” option (a nice name for disclosure veto) for families of origin–in this case not only a parent, but a parent or sibling of a deceased parent– to keep their Family Bastard de-identied and at bay. The Senate’s close companion SB2759 extends the veto to the parent or sibling of a “permanently disabled ” parent (no mention of proof or definition of “permanenty disabled”) . That is, to people who may have pressured the parent to surrender their shameful secret into the secret adoption mill to start with. Hen meet Fox.

Would a Rhode Island legislator tolerate for one moment a law that would predicate release of his or her own own birth certificate on the desire, comfort zone, and permission of his or her parents, grandparents, aunts and uncles? Of course not! And certainly the not-adopted wouldn’t. Why should any self-respecting bastard be expected to roll over for this absurd bill?

The key word is self-respecting.

Deformers scurry all over AdoptionLand like cockroaches swarming after daily pottage. They sell their own birthright and then steal the birthright of everyone else in the name of privilege for some. Benedict Bastards. Class traitors. Cowards. Your “grand strategy” harms us all. Your despicable bills create a permanent underclass of adoptees. No lawmaker will return to fix your fuck up.

H7877 is about special $$$ interests controlling the historical documents and genealogies of the adopted population, apparently so dangerous that they cannot be trusted with their own information. 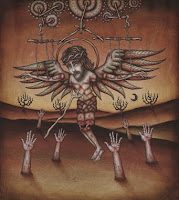 And H7877 is about the moral bankruptcy of compromisers who fornicate with their own opposition. The people at TRACE and their supporters, in their own confused way, know exactly what they are doing. I talked to a Rhode Islander recently who told me that the only way H7877 pushers believe they can get any bill through is to accept the veto language iinserted by a long term opponent. They call this progress? Any talk of “grand strategy” and a deus ex machina is wishful at best.

I wrote about H7877 previously here.