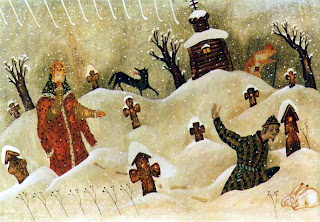 Recently I visited the graves of my local Forever Dead adoptees: Liam Thompson and Maria Bennett. Below are some pictures. For Details on their cases go to Forever Family – Forever Dead. 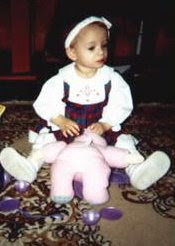 Maria is buried in a family plot at St.Mary’s Catholic Cemetery in Lancaster, Ohio. Her grave is kept up and flowers planted on it. 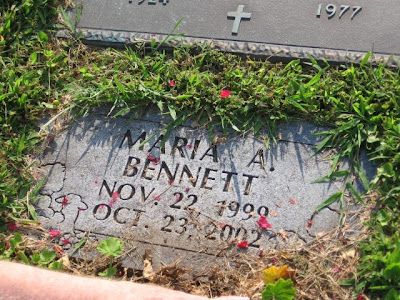 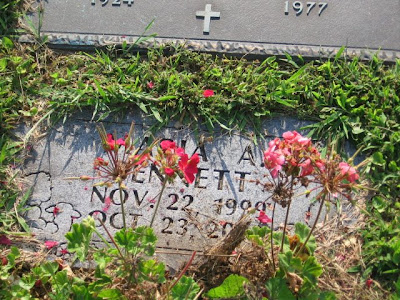 Liam/Dmitry is buried in Sunset Cemetery in Galloway, Ohio, just west of Columbus. I was glad to see that his grave is marked and kept up, especially since, according to his death certificate there was “no embalmer requested,” suggesting to me that he was the ultimate throwaway adoptee. Both “parents” are in prison.

The objects left at the grave are a weather-worn yellow bird and a little lamp driving a blue truck. 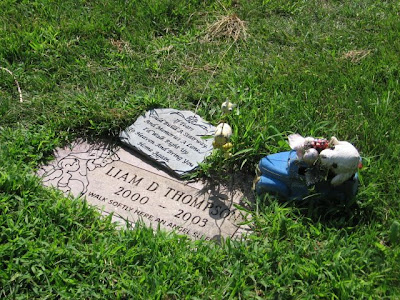 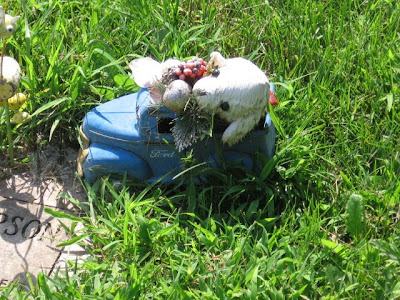 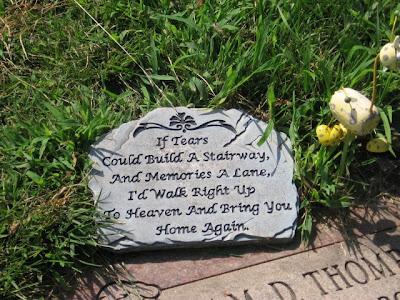