Well, it’s the last day of the year–or thereabouts–and (surprise!) there’s a lot of things Bastardette didn’t’ get around to writing about. Below are a few thoughts, in no special order, on some of them.

A MEETING OF THE MINDS: THE EVAN B. DONALDSON RECORDS CONCLAVE: On December 10 I attended the EB Donaldson’s “conclave” of adoption reform organizations and individual activists in New York City. My critical comments on the EBD report, For the Records: the Restoration of a Right, are published in the Daily Bastardette (November 15, 2007)and in the Bastard Quarterly. I haven’t changed my mind. If anything, I am more critical than I was two months ago. The real importance of the report as far as I’m concerned has been the publicity generated by it and the public discourse that followed.

Claud has written a good overall account of the meeting which I recommend you read. I’ll just add a few comments.

As a grassroots activist I had my doubts about the meeting. We don’t need no suits! And as the bad guy of records access–the one who won’t take compromise for an answer–I was pretty sure I’d be the minority voice. What fun! I was pleasantly surprised that by the end of the day nearly everyone at the meeting–including well-known compromisers–agreed that baby step, take-what-you-can-get-passed bills are a thing of the past. Totally unacceptable for 2008. With 4 states under our belt in less than 10 years, there is no need to accept, much less promote, anything less. Of course, time will tell if they stick to their guns. Naturally, BN will.

It was good to see old friends and acquaintances. Caprice East came from Tennessee, the Green Ribbons’ Ann Wilmer from Maryland, Fred Greenman, Paul Schibblehute, and Eileen McQuade, represented the AAC. Also present were law professor Elizabeth Samuels, New York Unsealed Initiative’s Joyce Bahr and Ellyn Essig, writer Carol Schaefer, long-time New Jersey activist Pam Hasegawa, Ronny Diamond from Spence-Chapin, and as I mentioned earlier, Claudia Corrigan D’Arcy. Maryanne Cohen came over from Jersey to beef up the Bastard Brigade (I know I’m forgetting a lot of people, but I don’t have a list.) I was particularly impressed with the Maine contingent who did their job so well a few months ago surprising us all with a quiet campaign with a big payoff: Bobbie Beavers whom I’ve known for years, Nora (I apologize for forgetting Nora’s full name), and Sen. Paula Benoit. Adoptee Sen. Benoit, an adamant advocate of “identity rights” is a perfect example of what “nice” can do. She’s got more class than Jeff Bezos has books. I had the pleasure of spending several hours with her the night before at Le Madeliene on W. 43rd where a bunch of us met over autumn wild mushroom gruyere tarts, duck and wine. Food first; theory later.

Bastard Nation submitted a booklet to participants with action recommendations. and selected policy papers. When the recommendations are up on the net I’ll post a notice about it. Much to my surprise, many of our recommendations were also recommendations of other groups. I’m cautiously optimistic that 2008 will be an important year for us. THE ADOPTION MYSTIQUE: The Adoption Mystique by Joanne Wolf Small is a book that every adoptee rights activist needs to keep on the nightstand. I first ran into Joanne in 1980 when somebody gave me an article about sealed records and identities she’d written for a social work publication. It was from Joanne that I first heard the peculiar legal concept that the adoptee and natural parent(s) are “as if dead to each other.” That article stuck with me, and I credit Joanne in large part for raising my consciousness and bringing me into this strange adoptee rights “career” a decade later. But Joanne has done more than write. In 1980, she was the only adopted member of the federal Model Adoption Legislation Procedures and Advisory Panel (Model Adoption Act 1980). The panel’s sweeping recommendations, including unrestricted records for all adoptees nationwide, was a broadside on the secret adoption system. The report sent the industry into such a tizzy that Gladney formed the strong arm lobby, the National Council for Adoption, to “guarantee” that records remained sealed.

This year as I re-read The Adoption Mystique I realized that Joanne had said it all. In a just world, we should be able to fold up our tents and go home. Unfortunately, we live in an unjust world.

Joanne Small is an adoptee rights revolutionary and Bastardette is happy to know her. Give yourself a Happy New Year and read The Adoption Mystique. And act on it. 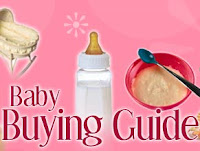 CHILD LAW BLOG: I can’t speak highly enough of Jamie Marsh’s ChildLaw blog. Although I mentioned his latest piece on Masha Allen a few weeks ago, I urge you all to bookmark his site. It is linked on Bastardette. In his latest blog, Adoption Real Estate, Jamie discuss JP Morgan Chase Bank’s new mortgage program for PAPs seeking international acquisitions. He brings up a really important point, which I, as an adoptee of the Prehistoric Adoption-is-a-Privilege-not-an- Entitlement Age, have pondered much. Jamie writes:

When I was adopted from foster care in 1965 I don’t think my working class adoptive parents were thinking about either an “adoption adventure” or a home loan. They were too busy working hard, paying the bills, and saving money for college. The kindly social worker who helped the process along wasn’t motivated by money. She wasn’t hawking adoption songs, pendants and poetry (although I did somehow get an adoption scrapbook which I still treasure), the agency wasn’t cross marketing with global financial service firms, travel agents and foreign “facilitators,” there were no big Washington lobbying groups supporting “the cause.”

I have often thought how embarrassing this new brand of self-aggrandizing adopter with their Guatling tees, Gotcha Day YouTube shows, and incessant Internet yabber must be or will be to their progeny. If these were my parents I’d pack it up for San Jose as soon as I could.

Back in the day… adoption was a private matter and adopted children granted a certain degree of “privacy” from public scrutiny. Not that everything was perfect, but we weren’t trophies either. My own adoption through a private agency (less lawyer fees) cost around $45. About $25 of that was returned for overpayment. My parents did not expect congratulations nor did they brag about their baybee saving endeavor. After all, the only thing I was saved from was a childhood spent in Akron, Ohio. (hmmm……) While there is definitely something to be said about adoption openness which was not the norm when I was growing up, the new brand of adopter clearly believes it’s All About Me. Guess what! It’s not. I feel bad for their kids.

One Reply to “OMNIUM-GATHERUMS: CLOSING OUT 2007”