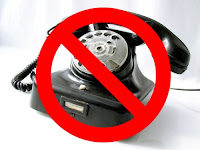 The other day I was contacted by Rick Karlin, a reporter for the Albany (NY) Times Union with the news that the state’s “safe” haven” hotline (not to be confused with the AMT-Children of Hope hotline operated by Tim Jaccard) had cut back its hours of operation. Karlin told me that the so-called hotline had gone down from 24/7  service to 8:00 AM – 8:00 PM  and was off weekends and holidays.  In fact, it had been operating like this for two years–and nobody noticed.

I talked to Rick quite a awhile on the phone and sent him some material about New York’s law.  The article came out Friday.. Abandoned Infant Hotline: Call during work hours The story is self-explanatory.  I was quoted three times.  Not surprisingly, Tim Jaccard and I had basically the same response: this is crazy.  Even if I vehemently oppose “safe haven” laws, the question is:  What’s the logic in a part time emergency hotline?.

The answer is contained in this WTF moment in the article:

Since the hotline opened 10 years ago, it has received about 100 calls per year. Also: “No one who was about to abandon a baby has called the hotline since it started in 2001,” OCFS spokeswoman Susan Steele said in an email.

No emergency calls  in 10 years? Remember that New York’s whacked baby dump law, which makes “any responsible person” (no definition of  “responsible”)  a state agent–that is, a baby dump site–was sold to the legislature and the public as an emergency measure to stop an alleged epidemic of newborn discard and death..

It’s not like the state hasn’t tried. I don’t know what the expenditure is up to now, but the March 6, 2005 New York Times reported (p 3)  that NYS taxpayers were shelling out: 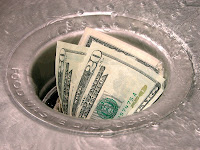 Since 2001, the state’s Office of Children and Family Services spent $200,000 to promote the program statewide, maintaining a special telephone line and disseminating posters in English and Spanish, TV and radio ads, a brochure, and trinkets – pencils, refrigerator magnets, keychains – printed with the phone number. An additional $200,000 was allocated for 2004-05, but Brian Marchetti, a spokesman for the state office, didn’t know if any of that was spent. Asked about any 2005-06 allocation, he referred further inquiries to Governor Pataki’s office.

“We have sufficient resources to fully promote the act,” said Joe Conway, a spokesman for the governor. “And that’s all I’m going to say.”

This doesn’t count any local taxpayer funds that went toward advertising the law and hotline.

In the same 2005 article AMT-COH’s Tim Jaccard complained that the state hadn’t come through with money it sorta “promised:”

“The state won’t give us money to advertise,” Mr. Jaccard said. “After he signed the bill, Governor Pataki put his arm around me and said he was allocating $500,000. Then I realized it said only when surplus money is available in the Children and Family Services budget. That never happens.

In an curious sidenote,   the Times reported that five years into the baby dump program , the police in Jaccard’s home turf weren’t sold on it: 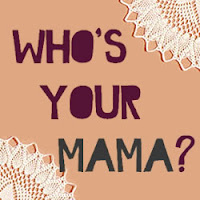 While Children of Hope’s presence at Nassau police headquarters and Mr. Jaccard’s frequent appearances in precincts remind officers what to do if a mother hands over her baby, Suffolk doesn’t offer ongoing training. Deputy Inspector Dennis Meehan, commander of the Suffolk police academy, said only recruits are told about the program, in their law classes.

“I’m not aware of any instance where someone dropped a baby off in a precinct, so we wouldn’t do extensive training,” he said. “Anyway, how would we know that individual is the mother, or whether the baby was kidnapped?”
Back to the Times Union article:

Jaccard added that his group gets thousands of calls each year, including hundreds in New York.


He didn’t break down the figures.

Back in 2005. however,  he did break down  some of the results of the calls to the NYT.  (His hotline gets lots of phone calls for other things besides baby dumping.).  It’s  unclear in the article if the stats are state or national.  I suspect the latter. Out of 2,506 calls  in 2004,  Jaccard said:

No word on dead babies

The New York Times in Safe-Haven Laws Fail to End Discarding Babies  (January 13, 2007)  reported that  six newborns had been found dead in the NYC area in 2006, twice as many as in 2005, a figure Jaccard blamed on lack of advertising.  He, of course, can’t prove it,

In fact, he can’t prove that any of the newborns he’s takes credit for “saving”  through baby dumping or adoption spamming or even keeping were in any danger to start with..Parents considering discarding or killing newborns  generally don’t contact the state or male authority figures to talk them out of it. When I appeared on The John Walsh Show with Jaccard, one of his “clients” appeared with us in shadow.  She said she contacted Jaccard early in her pregnancy after her boyfriend dumped her, and that he had put her up in an apartment for the next seven or so months, and helped her deliver “anonymously” in a hospital.  She certainly had no ill-intent.  In fact, her only problem seemed to be poverty which AMT-COH alleviated  for awhile. 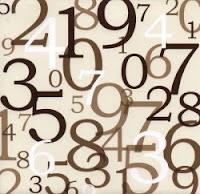 I need to sit down and tabulate as best I can, the number of newborn discards and death in NYS since 2000. See, the state doesn’t do that.  I’m one of the 1% who once called the NYS hotline  to ask how to get statistics for the state.  I was informed  I’d have to request that number from each county. Same with deaths. Around the time I made that call,  the Buffalo News  (“Assessing the new infant ‘safe haven’ law” January 12, 2004, no longer online; hard copy in m possession) also tried to determine figures and got the same story from the state. I looked around this afternoon while writing this blog and don’t see an state figures online.

Since most states are tight with their statistics, if they collect them at all, the best tool to gauge of how well “safe haven” laws “save babies” is still the newspapers, How many newborns are discarded dead or alive?

From my own work, the number appears about the same nationwide as before laws were passed. .Alarming numbers of newborns, however, are being left in hospitals under “safe haven” stipulation; thus  folding traditional .hospital abandonments (boarder baby incidents) in with “safe haven” and cooking the books. If they are cooked good enough somebody can get some taxpayer money to feather their nest with. Michigan publishes it’s “safe delivery” numbers.  Out of 106 so-called “safe surrenders” 96 were by presumably identified mothers  who delivered in hospitals ans were sometimes  accompanied by their baby’s father or other family members.. One of those women was able to retrieve her baby; another decided later to surrender to an  adoption agency .  The last case of an out-of-hospital surrender was in December 2009.

The idle NYS hotline adds to the growing evidence of what “safe haven” critics have always contended:   “safe haven” laws were unneeded.  They were bulldozed through to make legislators “look good” and “feel good” without doing anything that might actually help alleviate the causes of occasional discardings which are, after all,  symptoms of much larger family social problems: mental illness , substance abuse,  domestic violence, and poverty. (In some parts of the country we can now add fear of deportation for undocumented mothers afraid to seek medical treatment and counseling.)