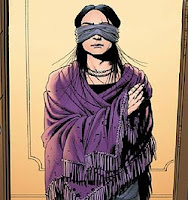 The other day I wondered why the Russian government  hadn’t commented on last month’s acquittal of Brian Dykstra, charged with murdering his adoptive Russian son, Isaac Jonathan Dykstra.  Now we know why.
The Russian government didn’t know about the case!
I almost find this too fantastic to believe.
Isaac (whose birth name has now been revealed in the Russia press as Ilya Kargyntsev), died in 2005 after being in the US for only three months.. Under Russian-US adoption agreements, the US government is required to report the death of any Russian adoptee immediately to appropriate Russian Federation authorities. Remember that’s how back in 2008, European Adoption Consultants got in trouble   (see other EAC posts in right sidiebar for more) after the accidental death of  Dmitri Yakolev/Chase Harrison. The agency failed to report the death in a timely manner that satisfied the Russians.  ‘m not sure if that agreement was in force at the time of Ilya’s death, but it’s been negotiated since and more safeguards (for what they’re worth) are waiting to be ratified by the State Duma, Common sense tells us the death should have been reported, even late, if for no other reason than to try to look honest and to smooth out Russian-US adoption relations.Certainly if adoption “officials” on either side didn’t know about Illya’s death and the six year long investigation and trial, the unnamed adoption agency that handled the placement did, and had a duty to report it to the Education Ministry. What’s the name of the agency, and where does it stand in all this?

I have been writing about the Dkystra case since 2008 when Brian Dkystra was charged and  the story burst out of its Iowa City news ghetto, Nikto and the Daily Bastardette get frequent hits from the US State Department and Russian government sites (though it’s not possible to tell which sites) and I find it hard to believe that one or both didn’t stumble on the Dykstra case in their surf..  (Not to be  facetious (but I will be anyway) perhaps the State Department and the Ministry pf Education and Science should put me on the payroll.  I’ll be happy to report any abuse of Russian adoptees I find.)
.

Whatever, the cat is out now.
On December 2, Russian Federation Children’s Rights ombudsman, Pavel Astakov sent several tweets about the Dykstra case, which he reportedly learned about  by accident.
For expediencey, I am using the ITAR-Tass translation. of those tweets.  You can read all of Astakov’s tweets on the case in Russian at his Twitter account (in Russian)  Here’s a couple of them as reported by the news agency, with my emphasis:
The boy died on August 14, 2005, and the investigation had been going on ever since. However, the U.S. authorities did not inform of it the Russian diplomatic mission, the consulate or the Ministry of Education and Science, which handles the adoption of Russian children by foreigners,”

Astakhov reported. The U.S. officials found it possible to make the case public only after the jury passed the verdict of not guilty.

“The Americans expressed regret over their inability to organize the timely information of the Russian authorities about the death of our little citizen (all the children, adopted in Russia, continue to be Russian citizens until they come of age), or the proper protection of the rights of the children, who fall victim to the offences,”

What can we even say about that last statement?  “…inability  to organize timely information?”  This was information I’ve been writing about for three years and that adoption reform advocates were quite familiar with. It’s been posted on Facebook for pete’s sake!  Yet the State department knew nothing? This simply is not acceptabale.
And if it’s not true…

Astakov’s official  statement (in Russian) appears on the Russian-lanauge page of the Ministry of Education and Science, the agency that oversees Russian adoptions . Unfortunatley, it does not appear  yet on the English lanauge page.  (I’ll keep looking) In the meantime, I’ll  use English lanauge versions of Itar-Tass and Russian publications.

The American authorities have only now informed us (of this case). For almost six years they were silent and said nothing. It is inexcusabl,”…Nineteen of our children have died,” Astakhov said referring to all deaths of Russian-born children in the U.S. since 1991. “This situation is a permanent fiasco.”

In the past, Astakov has seemed willing to negotiate terms of adoption with the State Department, indicating that he wanted to see Russia-US adoption continue, but demanding  regulations and enforcement tightened up.  His latest statement from the Ministry indicates a harder, and for me, welcome stance.  It’s nice to find a masculine voice in otherwise weepy AdoptionLand:

“the dangerous trend of the acquittal (this is not the first such case) and of keeping away from criminal responsibility of the American foster parents, who permitted the death of adopted Russian children deliberately or unintentionally, puts up insurmountable obstacles on the way of further adoption of Russian children by Americans and may result in its banning altogether.” (ITAR-Tass translation)

The Russian Investigative Committee, already  running an investigation of the Craver debacle, has announced that it is opening a case file on Bian Dykstra. The IC press release is available in Russian only.   It says in rough translation:

...our job is to protect the interests, life and health of Russian citizens and take comprehensive measures to bring the perpetrators to the established norms of the Russian and international law of responsibility. In addition, the leadership of the Investigative Committee agreed with the Commissioner of the President of the Russian Federation for Children’s Rights Pavel Astakhov for the prevention of crimes against Russian children adopted by American parents, to develop a mechanism to track their fate.

Reuters reports that the US State Department is preparing a response to Astakov’s statement  We can’t wait.

******
Michael and Nanette Craver are up to some new shenanigans, but I’m saving that for a separate blog post.that will be out shortly.
I’m having some technical problems updating the Memoriam and summary of cases/killers.  I hope to have that fixed in the next day or so.

3 Replies to “More Trouble for Russian-US Adoption Relations: Russians say they didn’t know about Dykstra case until after trial”