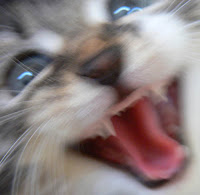 As expected S799 passed a floor vote today in the New Jersey Senate 27-10. The bogus obc rights bill now goes to the Assembly.

Even though we oppose the bill, we are galled that opponents spout protectionist drivel:

Many of them may not know what we are doing here,” Sen. Gerald Cardinale (R-Bergen) said of biological mothers, adding that would not give them the opportunity to protect their identities. He suggested the bill be reworked to protect the rights of everyone involved.

and proponents think this is some kind of heathcare bill:

“While we heard compelling testimony when this bill was before the Health Committee, the most compelling argument to me is the importance of accurate family medical histories in making major health care decisions,” said Sen. Loretta Weinberg (D-Bergen), a sponsor.

Under the bill, biological parents who want to remain anonymous would notify the state registrar. During the one-year allotted period, adoptees would be able to contact the agencies that handled their adoptions to get nonidentifying medical information, including a family medical history, that could alert them to any genetic predispositions they may carry for certain illnesses.

We wonder what the State of Jersey will do when a first mom or dad has no objection to the release of the obc or meeting the adult kid, but has no desire to share her or his private medical history. Waterboard them?

Finally, sponsor, Sen. Joseph Vitale should expect a smack with a wet noodle from NJCare’s Judy Foster for using “track down” to the press. Ms. Foster, a ranking member of the Politically Correct Adoption Language Police, threw a hissy at the AAC the other day when California Assmb. Fiona Ma (the majority whip no less) used the term during a talk on Calilfornia’s ill-fated AB 372.

But Sen. Joseph Vitale (D-Middlesex), a sponsor of the bill (S799), said adoptees already use online resources to track down their biological parents and there is no process for that or control over it.