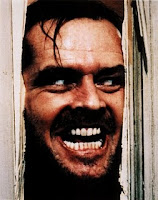 At the end of the last session, New Jersey piece-a-crap reunions-for-the-special bill, A752 was left to die without a floor vote. But you know how these bills are. This session we have virtually the same bill, S799, (Adoptees Birthright Bill) scheduled for a hearing on March 4 in the Senate Health, Human Services, and Senior Citizens Committee. All or nearly all committee members support it.

An obc except for a white-out disclosure veto that replaces the real thing with a state-mutilated original birth certificate with all identifying information including the address of the parent(s) at the time of birth (if it appears on the cert), deleted. Only in the bizarro world of adoption reform can this be considered an “improvement.” S799, in fact, doesn’t even come up to usual sorry reformist standards. 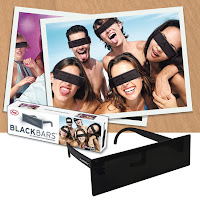 In order to get something out of this lousy deal, reformists intend to blackmail veto-prone birthparents by requiring them to submit a completed intrusive and probably illegal (think HIPAA) medical and family history form that will be passed along to the poor bastard in lieu of the obc. If the form isn’t submitted within 60 days of receipt of the veto request, the veto is voided, and the real, unmutilated obc is released. Ironically, reformists, who are the first to cry over coerced birthparent surrender, have no problem coercing birthparents to give out personal medical histories to state bureaucrats.

There’s also a “voluntary” contact preference form for parents who don’t submit a veto. Parents who state a preference are required to fill out the nosy history forms, too, though apparently nothing happens to them if they don’t.

By default, under S799, all “safe haven” birth certificates are sealed, even though we know that most “safe haven” babies are not anonymous drive-by ER or fire station deposits, but are babies born in hospitals to identified parents.

Adoption agencies or lawyers in private adoptions are required to receive written veto status notification from the state before they can release family identification information to a requesting adoptee. 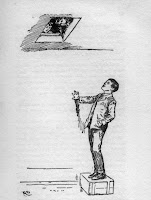 Finally! Don’t forget to lock your doors! S799 mandates the state to mount a media campaign to warn parents that their dirty little homewrecker may show up at inconvenient times like Christmas, birthdays, Rosh Hashanah , or election day.

Oh, there’s one good thing: The bill eliminates language that currently authorizes the courts to change the birth location of adoptees to the location of their adoptive parent(s). IOW, the state will no longer allowed lie about where you were born. But in the case of “safe haven” dumps, the bill lets courts decide the date and place of birth to be recorded on the obc.

New Jersey “activists” have been spinning in this hamster wheel for about 30 years, every session, every year. A for perseverance. F for integrity. I’ve been around long enough to remember when they actually demanded clean bills and courageously pulled them when they rotted on the vine. Now they eat them up like a dinner at the Ritz. Now, it’s any piece-a-crap they can get. But they can’t even get that.

If the charm school adoptee makeover of grateful servitude can’t get no respect (which it can’t), why not go back to the original no apology bastard model of actually asking for what you want and leaving if you don’t get it? Lawmakers would have to show some respect and Jersey’s adopted class would feel like somebody cared instead of phoning in from home.

Here’s something funny A few years ago I was approached by a Jersey “activist” at the AAC and told to shut my trap–or rather Bastard Nation’s trap–about New Jersey bills. Apparently, it’s OUR fault they can’t get their piece-a-crap passed. OUR nasty action alerts. OUR nasty letters. OUR nasty blogs (like this). It’s nice to think that we routinely kill their bills, but…

…it’s also amusing that this person (I have no reason to think she was speaking for anyone but herself) would think BN or I wield the power kill a corrupt bill with our rights-for-all arguments, when the reformists have been fighting for decades with the New Jersey Catholic Conference, Right to Life, Crazy Marie (I-protect-New-Jersey-from-queers-abortionists-and bastards) Tasy, the ACLU, and any other wingnuts with a place at the table in Trenton who don’t want adoptees to have any rights at all. Ever. Period.

Go here for one of my earlier blogs (there are several) on why Bastard Nation does not support New Jersey leave ’em behind bills.